The first multiple remote tower validation of three airports conducted by SESAR has been confirmed as a success, ushering in the next phase of remote air traffic control tower development. 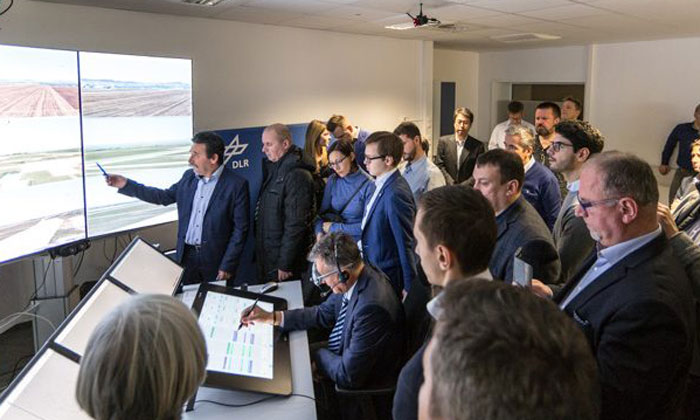 NEXT STEP: The results show it is possible to control more than one airport safely from a remote location

“Single” remote tower settings have already been deployed in former projects; however, most significant impacts in cost-effectiveness are to be expected with multiple and/or centre settings. The SESAR 2020 project PJ05 aims to bring the concept of remotely controlling multiple airports to the next maturity level. In November 2017, Frequentis AG, HungaroControl, DLR, and Selex ES GmbH (Leonardo LTP) conducted a first successful validation campaign on “Remote Tower for Multiple airports” in Braunschweig.

An integrated multi tower position, combining relevant information of three airports, were provided to the controllers. A new multi airport planning tool, closely integrated with the Frequentis electronic flight strip solution, called smartSTRIPS, was used to plan and organise the work over multiple airports. The out of the window view of the three airports was displayed on several large screens and augmented with radar and support information (“stitched view”). Wind shear information provided by Selex was integrated to represent an operational constraint and for testing the situational awareness. Integration of voice communication system in the video presentation and on the electronic flight strips system enabled the controller to handle the workload, plan the traffic and unambiguously associate an airport in a multi remote environment.

DLR researchers and Frequentis human factor experts assessed the controllers’ eye point of regard, their perceived situational awareness, workload and acceptance as well as efficiency and safety in handling the various traffic situations to judge the overall operational feasibility of the concept and the design of the controller working position.

Additionally, the controllers themselves commented positively on this evaluation test.

Emese Kisfaludy said: ‘It was a great challenge to put our minds and skills on test as tower controllers. The developed technology, the HMI was very helpful and futuristic at the same time. There’s a lot to develop and research further to answer the uprising questions and make the multi-remote concept really safe, useful and efficient in the near future.’

Gábor Draschitz added: ‘I was looking forward to starting off with this extraordinary, as an ATCO rather unusual, but exciting challenge of controlling the traffic of three airports at the same time and the testing of the new technology. I have really enjoyed controlling in the simulator, but it is clear that intensive technical development will be needed until this project determining the future of the aviation industry becomes successful, and a lot of effort awaits those working on the procedures and the legal environment.’

The validation results showed the operational feasibility of the concept. Integration and a harmonised HMI have been identified to be the key elements of a multi-airport solution. In 2018, the second phase of this simulation campaign will be conducted at the DLR premises, building upon lessons learned in 2017. Following this, it is planned to endorse this concept on a real-life validation platform based on Frequentis smartVISION Solution together with HungaroControl and Selex at HungaroControl’s premises in Budapest