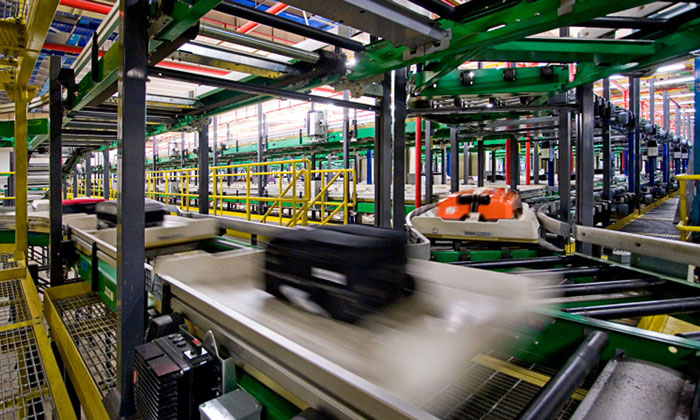 ON TRACK: The system was completed on time after extensive testing before Changi's Terminal 4 opened last year

BEUMER Group has announced its baggage handling system is up and running at Changi’s Terminal 4.

It began operations successfully and on-time after extensive testing prior to the opening of the Terminal. This included BEUMER Group processing over a million bags in addition to the training of all ground personnel. Changi Airport Group (CAG) conducted more than 100 trials involving 2,500 airport staff and 1,500 volunteers during the Operation Readiness and Airport Transfer (ORAT) period in preparation for the opening of Terminal 4.

The BEUMER Group is an international leader in the manufacture of intralogistics systems for conveying, loading, palletising, packaging, sortation, and distribution.

The CrisBag system, with integrated Early Baggage Store (EBS), spans 5,000 linear metres and is designed to provide the highest level of availability and the shortest transport times combined with 100 per cent track and trace capability.

“Changi Airport has been using BEUMER Group technology since 2002, when the tilt-tray sorter was installed in Terminal 2,” explains Klaus Schäfer, Managing Director, BEUMER Group. “The original contract was followed by the installation of a CrisBag system in Terminal 3 which operates as a dual baggage sorting system and an inter-terminal transfer baggage system between Terminals 1, 2 and 3.”

Terminal 4 at Changi opened in at the end of October, marking an end to five years of work on the infrastructure which stands to allow Changi to leapfrog 13 spaces to become the fourth busiest airport in the world.