The Scottish Finance Secretary has conceded that the plans to replace Air Passenger Duty (APD) with Air Departure Tax (ADT) may take longer than planned. 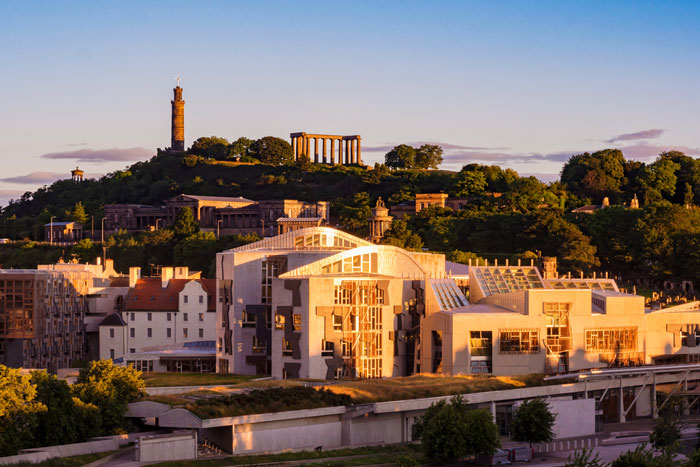 The new devolved tax, which was approved by Members of the Scottish Parliament (MSPs) by a majority of 108 to 11 in June, was set to come into effect in April next year.

The key difference of the proposed change is the amount each passenger would pay. ADT promises a 50 per cent reduction on the duty once charged by the British Government.

But now, according to Finance Secretary Derek Mackay, Scottish flyers may have to wait a while longer – maybe as long as it takes for Britain to disentangle itself from the European Union.

This is because Highlands and Islands Airports Limited (HIAL), a public corporation owned entirely by the Scottish Government, would be exempt from the tax as it has been from the tax’s predecessor. To continue aiding passengers flying from these airports, which include Dundee and Inverness, Holyrood would need approval from the EU under the body’s state aid legislation. The application for that approval can only be issued from Westminster as the UK is the relevant member state.

Speaking in the Scottish Parliament yesterday, Mr Mackay lambasted the British Government for dragging its heels and expressing concerns about approaching the EU Commission to secure permission.

He said: “If the UK Government were handing over the tax (which was devolved to Holyrood earlier this year) in a fit state, Parliament would now be considering regulation, setting out tax bands and rate amounts but that is not the case.

“Since informing Parliament of this (the need to notify the EU Commission) in April I have had a series of discussion and exchanges with UK Treasury Ministers, most recently with the Financial Secretary to the Treasury on September 25.

“Throughout the conversations and correspondence, I have been clear that while we remain committed to working with them to secure and acceptable resolution, it is up to the UK Government to resolve this issue as the EU member state.

The response thus far from the UK Government has been disappointing. The Financial Secretary made it clear that they have serious concerns about making an approach to the commission. He stated that before they will agree to do so, the Scottish Government need to accept full liability for all risk, including the potential for knock on effects for the Highland and Island business.”

These terms, he said, were not agreeable as it would make the Government responsible for ‘mistakes’ made while controls over taxation remained at Westminster.

Options left open to the Scottish Parliament, which include introducing a system of ‘rates and bands’ were equally unacceptable to Mr Mackay. A rates and bands system would force the Scottish Government to forgo revenues of at least £160 million and at most £320 million.

The Finance Secretary went on: “The UK Government has suggested that rather than go ahead with notification that we could deffer implementation of the tax for an unspecified time period. A change to the timetable is certainly feasible.

“I remain supportive of notifying the Commission but not of the Scottish Government taking on the risks resulting from the UK Government’s operation of the policy.

“I am very aware that the EU Commission will need time to consider any case made. It’s already unlikely that we could get a decision from the commission in time for ADT to begin in April. Instead, I have suggested that the UK Government agrees to amend the Block Grant Adjustment to enable the Scottish Government to deliver support for the Highland and Island airports in a way that ensures neither the region nor Scotland’s publish finances suffer.”

What do Scottish airports think?

The introduction of the tax has been perceived by airports as a boon for business. APD was introduced in 1994 as a way of making passengers think twice before flying. And studies show it has worked. But ADT offers a chance to unshackle some of the burden that limited their growth.

Earlier this year, Edinburgh Airport released a report it had commissioned underlining the economic benefits of slashing the tax by 50 per cent. It suggested ADP would create nearly 4,000 jobs and inject £1bn into the Scottish economy by 2020. It added that without it, the nation would lose out on nearly one million passengers every year and miss the chance to reap £68 million in tourism.

Gordon Dewar, Chief Executive of Edinburgh Airport, said: “We are naturally frustrated as this is a conversation we have been having for far too long without any meaningful outcome, and the tourism industry continues to miss out on the benefits of this cut.

“We do appreciate that there are legal complexities around this issue and that the government is following its own legal advice, while the UK Government will also be acting on its advice about whether this existing exemption breaches state aid rules. However, our understanding of the issue is that the current exemption is unlikely to be challenged and even if it is, it’s likely to be found compatible with state aid rules.

“The Scottish Government must show leadership and a commitment to deliver by working on two fronts. It must plan for scenarios in which the UK Government finds a solution to this complexity, but also work on implementing Scotland’s own scheme if not so another window of opportunity doesn’t fly by without this promise being fulfilled.

“And that opportunity is not just for the aviation industry – it will spread into the wider Scottish economy. The tourism and business sectors will benefit if their markets become more accessible so we cannot afford to cap our success. We need the government to deliver so we can all plan and capitalise on the benefits that will open up to us.”

Chief Executive of the AOA, Karen Dee said: “While it is welcome that the Scottish Government has recognised that Air Passenger Duty acts as a break on connectivity and thus economic growth and job creation, an ADT cut in Scotland would come at the expense of the economy in the rest of the UK.

“That is why the AOA believes that any cut in APD, anywhere in the UK, should immediately be matched by a cut throughout the rest of the UK. This is the only way to prevent unfair competitive distortions within the UK.

“This does not take away from the fact that all airports in the UK are already losing out in the competition for new airline routes to our European neighbours due to APD. Our trading rival Germany charges the next highest air passenger tax in the EU – but at less than half the UK’s rate. This means they are a more attractive destination for new routes than the UK is, particular to emerging markets.

“The UK will need excellent aviation links to existing and emerging markets to make the Government’s ambition of a ‘global Britain’ a reality. The Chancellor now needs to take a lead for the whole of the UK and make a decisive cut of at least 50 per cent in APD rates to bring us into line with our competitors and help to get the whole of the UK Brexit-ready.”