London City Airport has launched a 10-week public consultation to ensure the airport can meet passenger demand in the decade ahead. 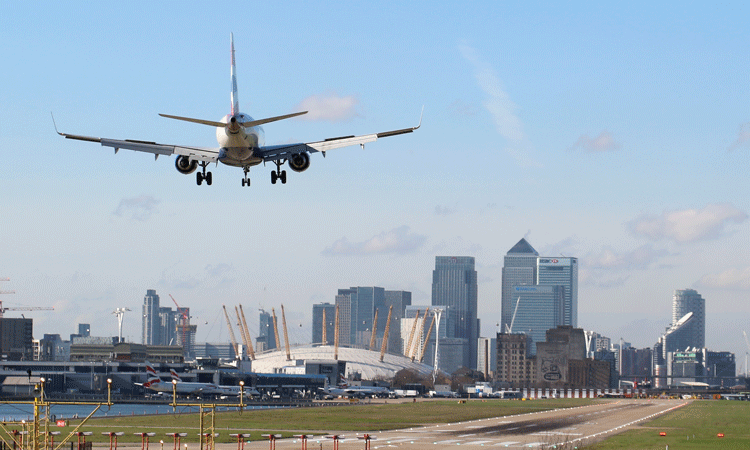 With passenger volumes set to reach three million this year (2022), London City Airport (LCY) has launched a 10-week public consultation on how it can meet passenger demand in the decade ahead.

Following the pandemic, the London aviation market has rebounded strongly, with the airport’s own analysis suggesting it is set to surpass its current planning cap of 6.5 million passengers a year by the middle of this decade.

In the consultation plans released, the airport sets out how it can play an important role in meeting the increased demand in London, as well as providing more choice and flexibility for travellers planning business and leisure trips domestically and internationally. Most importantly, growth to nine million passengers a year can be delivered without requiring any additional infrastructure and ahead of longer term, strategic, aviation planning decisions for other airports in the South-East.

The plans come with a commitment from the airport that only cleaner, quieter, new generation aircraft, such as the Airbus A220 and Embraer E2, would be allowed to fly in the new operating periods. This would bring forward the delivery of more of these aircraft to the airport and allow better connections to new destinations.

The consultation also details how the current eight-hour night-time curfew will remain, as well as the current operating hours on Sunday, with no flights being permitted until early afternoon (12:30pm). No increase to the current annual limit on flights is proposed. In order to meet its targets of achieving 80 per cent of journeys to and from the airport by sustainable transport modes, no additional car parking is proposed either.

As London recovers from the pandemic, East London is set to play a significant role. The proposed changes will create additional choice with connections to new destinations, contribute towards levelling up and deliver an additional 2,100 jobs, including 1,250 good quality, London Living Wage jobs directly from the airport’s operation, with a further 850 jobs created across London through its supply chain. The airport also intends to share the benefits with the local community through an enhanced Community Fund, to help local communities level up and achieve their full potential.

Commenting on the consultation, LCY’s Chief Executive Officer, Robert Sinclair said: “London City Airport plays an incredibly important role in quickly and easily connecting London to the rest of the UK and the world for both business and leisure travel. The strength of our rebound demonstrates the huge pent-up demand for air travel and the need to plan responsibly for the future.

“Most importantly, following our commitment to be the first net zero airport in London by 2030, these proposals set out how London City and its airlines can meet future demand in a sustainable way. In particular, it will accelerate investment in cleaner, quieter, new generation aircraft, for use in the extended periods, delivering the benefit of quieter aircraft to our local community throughout the whole week.

“During the 10-week consultation we want to hear from everybody so that we have the most informed plans for the future as possible.”

Tom Stoddart, CEO of British Airways (BA) CityFlyer added: “We welcome these proposals, which will provide more choice and flexibility for our customers, increase local jobs and help to drive London’s economic recovery. At British Airways, we remain focused on a sustainable future and these proposals put sustainability at the forefront of change at London City.

“At British Airways we have a clear roadmap to get us to net zero emissions by 2050, including flying more fuel-efficient aircraft, progressively introducing sustainable aviation fuel and looking at how we can help accelerate the growth of new technologies, such as zero emissions hydrogen-powered aircraft.”

Managing Director of KLM Cityhopper, Warner Rootliep, commented: “London City is a key airport in our UK network, providing fast and convenient connections to and from the rest of the world via KLM’s hub at Amsterdam Schiphol Airport (AMS).

“KLM has recently acquired a fleet of new generation Embraer E195-E2 aircraft, which is ideally suited to airports like London City, and more operational flexibility will help us grow this vital route using our new aircraft, reducing noise and emissions. We look forward to reviewing the proposals in detail.”

The 10-week consultation includes seven public events across East London between 12 to 21 July 2022 as well as pop up events through August 2022.