To affirm Malta International Airport’s commitment towards achieving net zero by 2050, the airport has endorsed the Toulouse Declaration on future sustainability and decarbonisation of aviation. 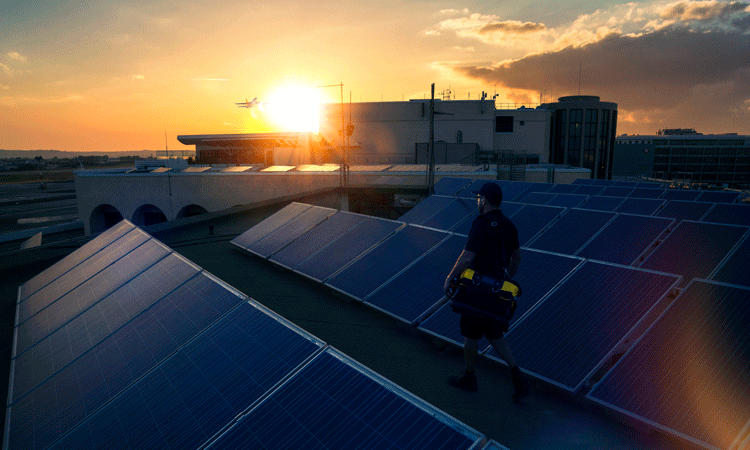 Malta International Airport (MLA) has endorsed the Toulouse Declaration on future sustainability and the decarbonisation of aviation, further affirming its commitment towards reaching net zero status by 2050. The airport has also been a signatory to Airports Council International’s (ACI) NetZero 2050 Resolution since 2019.

Malta International Airport’s continued investment in solar energy has been supporting the company in lowering its greenhouse gas (GHG) emissions, as it eyes the achievement of net zero status by 2050 and aspires to reach carbon neutrality even before this target date. In the past decade, Malta International Airport has invested more than €2 million in photovoltaic panels, with the most recent system having been installed on the open-air level of the airport’s new multi-storey car park: Park East.

This system is composed of more than 1,400 bifacial modules, which have the cumulative capacity of 760kWp. Having been commissioned towards the end of 2021, the full effect of this photovoltaic system will be captured for the first time in the data recorded in 2022, and is expected to increase the amount of clean energy generated by the airport from 2.08 million kWh in 2021 to more than three million kWh at the end of this year (2022). 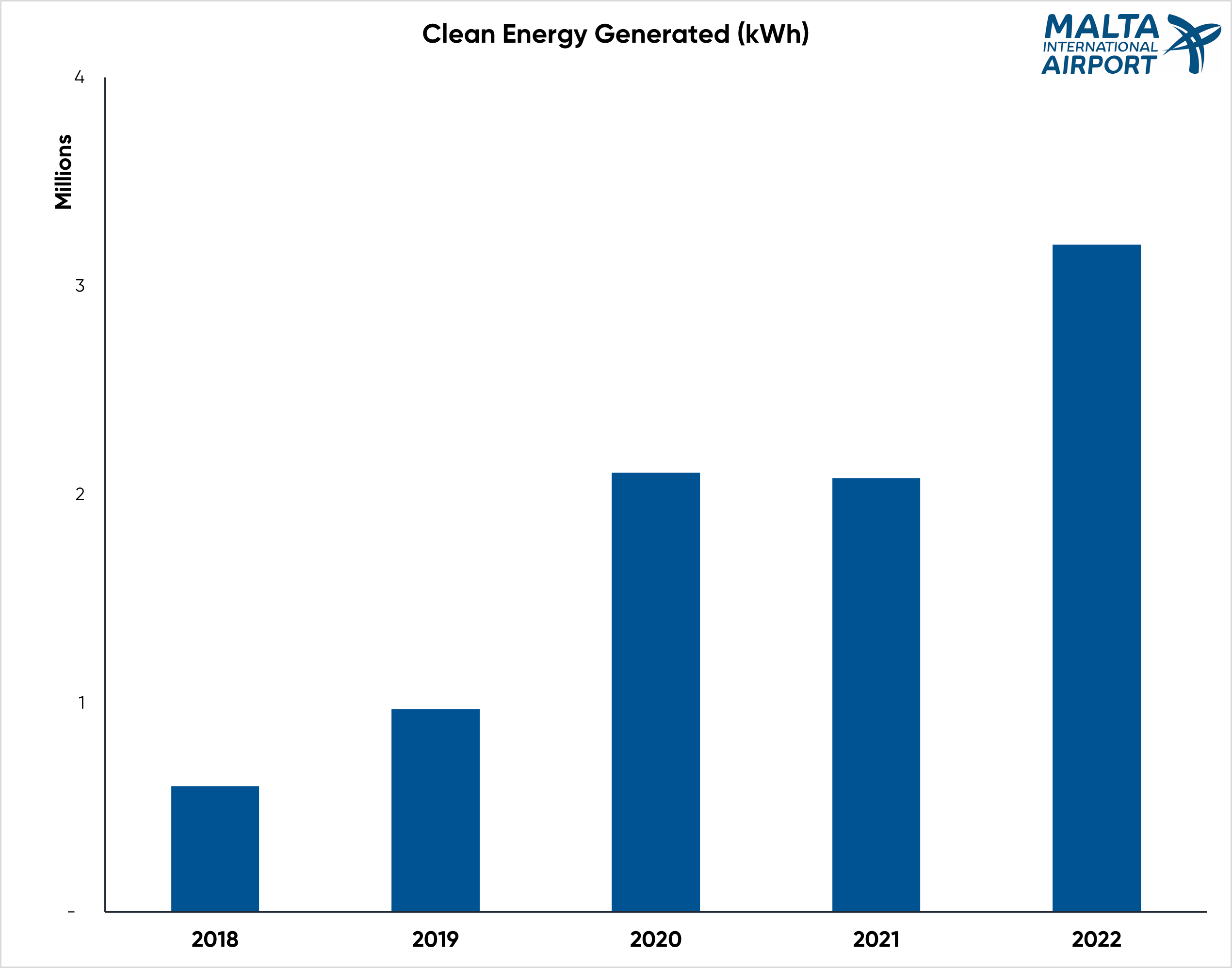 “Our data shows that electricity is the main contributor to the airport’s GHG emissions. We put a lot of effort into energy and carbon management because we believe that this where we can have the biggest and most quantifiable impact. Broadening our understanding of how to manage and mitigate emissions more efficiently has been a steep learning curve, but our membership of ACI’s Airport Carbon Accreditation (ACA) Programme is a means by which we ensure that we can remain on the right track towards becoming net zero by the targeted date,” commented Malta International Airport’s Sustainability and Analytics Manager, Justine Baldacchino.

Other energy-management initiatives that complement Malta International Airport’s investment in solar energy include the gradual replacement of existing lighting systems with more energy-efficient alternatives and the recent introduction of a new Building Management System, which is supporting the airport in optimising energy usage inside the terminal through automated air quality and climate control.  Earlier this year (2022), the airport had announced that as part of the Apron X investment, preparatory works for the electrification of aircraft parking stands, in line the Fit for 55 plan, would be undertaken.