The International Air Transport Association has announced that air travel experienced a strong rebound in February 2022 compared to January 2022. 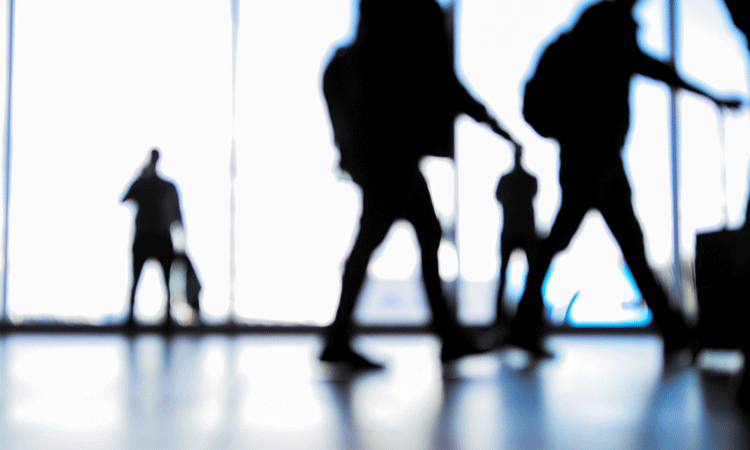 The International Air Transport Association (IATA) announced that air travel posted a strong rebound in February 2022 compared to January 2022, as Omicron-related impacts moderated outside of Asia. The war in Ukraine, which began on 24 February 2022, did not have a major impact on traffic levels.

Note: We are returning to year-on-year traffic comparisons, instead of comparisons with the 2019 period, unless otherwise noted. Owing to the low traffic base in 2021, some markets will show very high year-on-year growth rates, even if the size of these markets is still significantly smaller than they were in 2019.

“The recovery in air travel is gathering steam as governments in many parts of the world lift travel restrictions. States that persist in attempting to lock-out the disease, rather than managing it, as we do with other diseases, risk missing out on the enormous economic and societal benefits that a restoration of international connectivity will bring,” said Willie Walsh, IATA’s Director General. 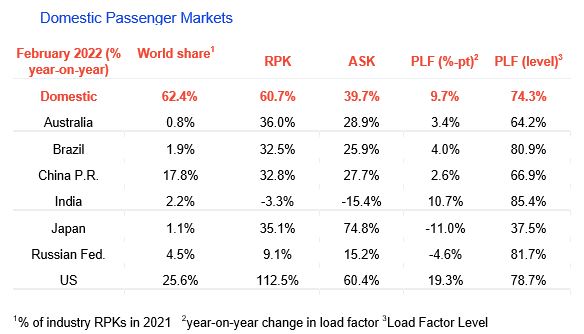 The accelerated growth recorded in February 2022 compared to a year ago, is helping passenger demand catch-up to 2019 levels. Total RPKs in February were down 45.5 per cent compared to February 2019, well ahead of the 49.6 per cent decline recorded in January versus the same month in 2019. The domestic recovery continues to outpace that of international markets.

“As the long-awaited recovery in air travel accelerates, it is important that our infrastructure providers are prepared for a huge increase in passenger numbers in the coming months. We are already seeing reports of unacceptably long lines at some airports owing to the growing number of travellers. And, that is even before the surge of Easter holiday travel in many markets next week. The peak Northern summer travel season will be critical for jobs throughout the travel and tourism value chain. Now is the time to prepare. Governments can help by ensuring that border positions are staffed adequately and that background security checks for new staff are managed as efficiently as possible,” added Walsh.