Norse Atlantic Airways has secured important slots at London Gatwick Airport and will adjust ticket sales and initial route offering due to the tragic events unfolding in Ukraine and its impact on travel demand. 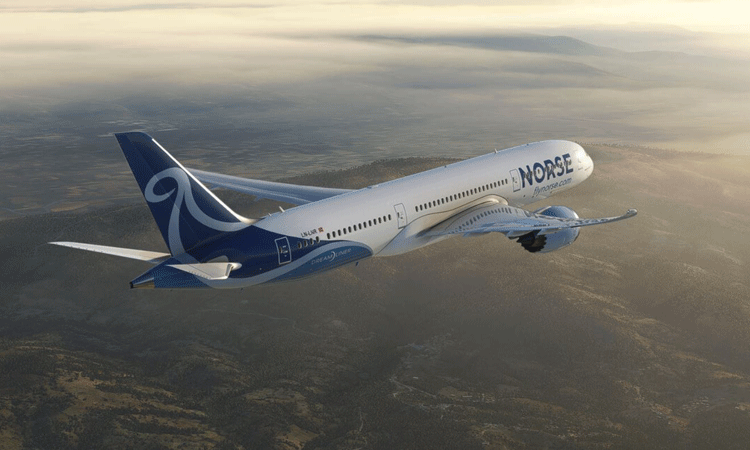 The current market situation is heavily impacted by the tragic events unfolding in Ukraine that have resulted in increased fuel prices and uncertainties relating to travel demand. To ensure that the company enters the market at the right time, Norse Atlantic Airways (Norse) has adjusted its launch of ticket sales and initial route offering. The company plans ticket sales to commence in April 2022 and first flight is expected to be in June 2022. At the same time, Norse has secured important slots at London Gatwick Airport (LGW).

“The tragedy unfolding in Ukraine creates uncertainties within international air transport that we take seriously. Norse’s flexible fleet arrangements, low cost base and strong financial foundation allow us to take a careful approach to launch. We are in a unique position as we have not yet started flying, which gives us the advantage to enter the market cautiously in line with demand and quickly adapt to unforeseen events. A gradual approach where ramp-up is exclusively driven by demand, will enable us to preserve our strong, debt-free balance sheet and cost base,” commented CEO and Founder Bjørn Tore Larsen of Norse.

Norse intends to commence flights in June 2022, flying between Norway and select destinations in the U.S. It plans to add other European destinations, such as Paris and London, as soon as the market situation allows. Recently securing important slots at London Gatwick Airport gives the airline access to one of the most attractive markets in Europe. The slots were awarded to Norse at no cost by the UK airport slots coordinator.

“We’re thrilled to have been awarded slots to operate flights to and from London Gatwick Airport as it gives us access to a very attractive market. We look forward to working closely with the great team at Gatwick Airport,” added Larsen.

The route network will be announced when ticket sales are launched.

Larsen further commented: “We have the necessary flexibility to quickly adapt to unforeseen events and ramp up with more aircraft and affordable flights to exciting destinations as soon as the market situation allows. A highly motivated Team Norse and the fact that we currently only pay for our aircraft when they are in operation also gives us a competitive advantage

“The current global situation makes it challenging to predict the demand for transatlantic travel. However, we strongly believe that the demand will bounce-back with full force because people will want to explore new destinations, visit friends and family and travel for business. Norse will be there to offer attractive and affordable flights on our more environmentally friendly and fuel-efficient Boeing 787 Dreamliners to both leisure and cost-conscious business passengers.”

Norse has secured pilots and cabin crew sufficient for the initial routes. A pilot base has been established in Oslo and the first cabin crew base has been established in Fort Lauderdale. Training of the pilot and cabin crew instructors has commenced with a steady ramp-up planned for crew to start to ensure that Norse only takes on crew cost immediately before take-off. The company has also started cabin crew recruitment in Oslo and will establish crew bases in several locations in line with increased operation.

Norse has signed collective bargaining agreements with pilot and cabin crew unions in Norway, the U.S. and UK.

Norse has a fleet of modern, more environmentally friendly and fuel-efficient Boeing 787 Dreamliners. The Company has taken delivery of nine aircraft that are currently parked at Oslo Airport (OSL). The remaining six will be delivered consecutively in the coming months. The company will start utilising its fleet cautiously and gradually add capacity in line with demand.

Norse received its Air Operator Certificate by Norway’s Civil Aviation Authority in December 2021. The airline received a foreign air carrier permit from the U.S. Department of Transportation in January 2022.