Amsterdam Airport Schiphol has begun trials with new electric ground handling equipment for large aircraft, to replace the current diesel-powered models and provide planes with power while they are parked. 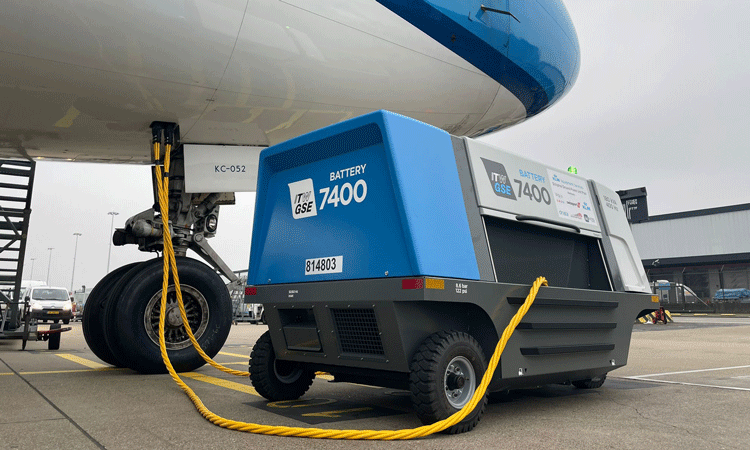 Amsterdam Airport Schiphol (AMS) is conducting a trial with new electric ground equipment for handling large types of aircraft, also known as widebody planes. This trial will develop the version that currently exists for smaller aircraft. This special ground equipment will replace the diesel-powered models and provide planes with power while they are parked. Furthermore, the trial will investigate whether the new electric ground equipment has the same technical quality as the diesel generators and whether they can be deployed at the airport.

Oscar Maan, Innovation Manager Assets at Royal Schiphol Group said: “Planes need electricity when they are parked at the gate or on the apron in order to keep the systems on board running. Special diesel generators were used for that. However, we’ve been making changes for some time now to improve air quality and reduce emissions. 73 of the 128 gates at Schiphol now have fixed power units for planes. Our aim is to install them at all gates.

Maan added: “Because the airport doesn’t have fixed power units at all locations yet and, for example, cargo planes do not park at the gate, Schiphol collaborated with ITW to develop an electric and portable generator. We call it an electric ground power unit (e-GPU)”.

Using e-GPUs will lead to the elimination of the CO2, (ultra)fine particle and nitrogen emissions that the diesel version produced. There are currently seven electric ground power units in operation at Schiphol. They are being deployed at Pier D and are suitable for the smaller, narrow body planes. Larger aircraft require more power than existing e-GPUs provide. 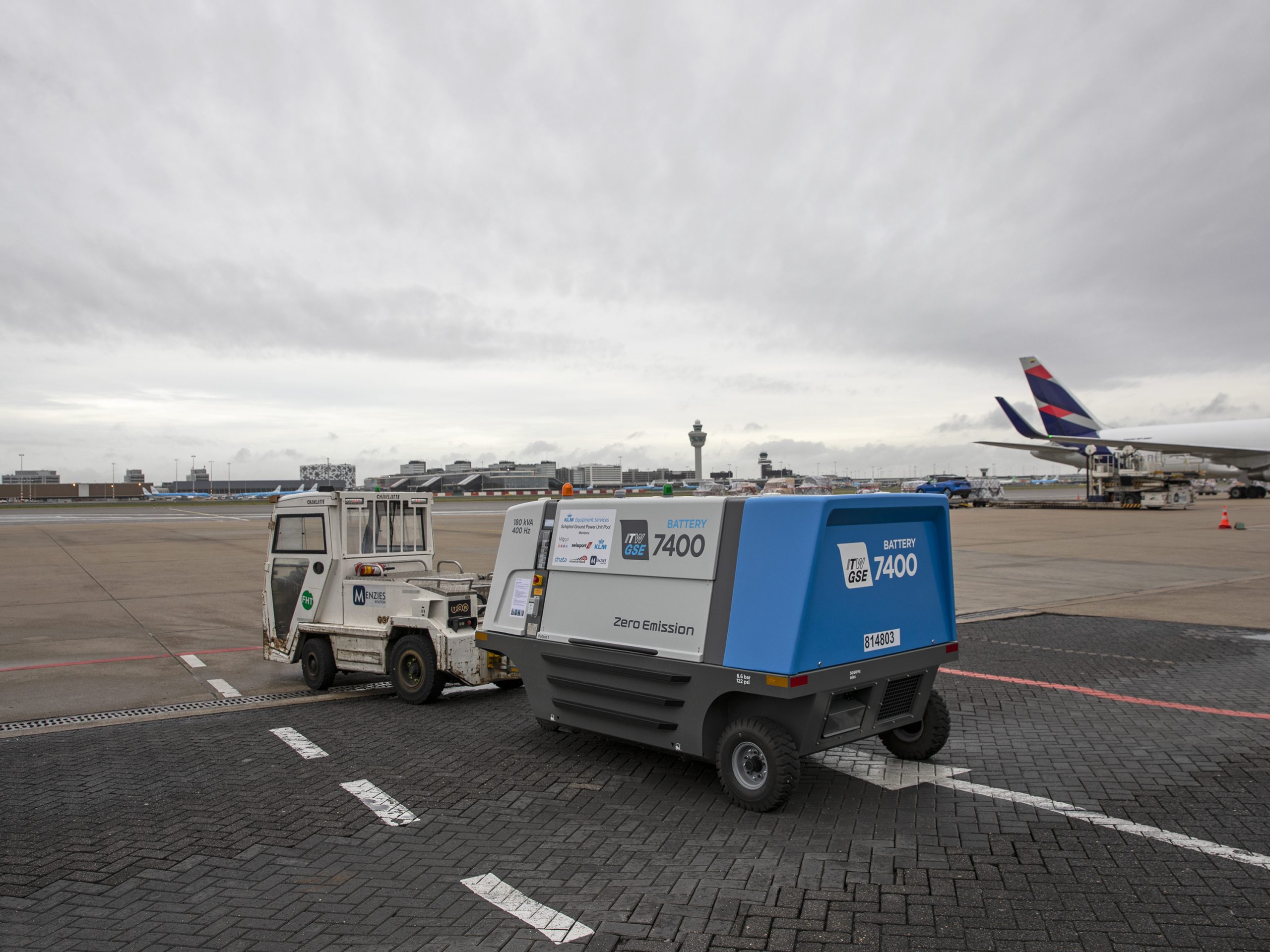 Three units with double the power capacity will be tested at Schiphol over the course of six months. These three power units will first be tested on the cargo planes and subsequently with passenger planes. Based on the experiences and collected data from the trial, conclusions can be drawn about the roll-out at Schiphol.

Royal Schiphol Group wants to operate the most sustainable airports and aims to have an emission-free ground operation at its airports in the Netherlands by 2030.