As of August 2021, the new and reconstructed Terminal B at Katowice Airport will welcome returning travelling passengers after the long-anticipated lift of COVID-19 travel restrictions. 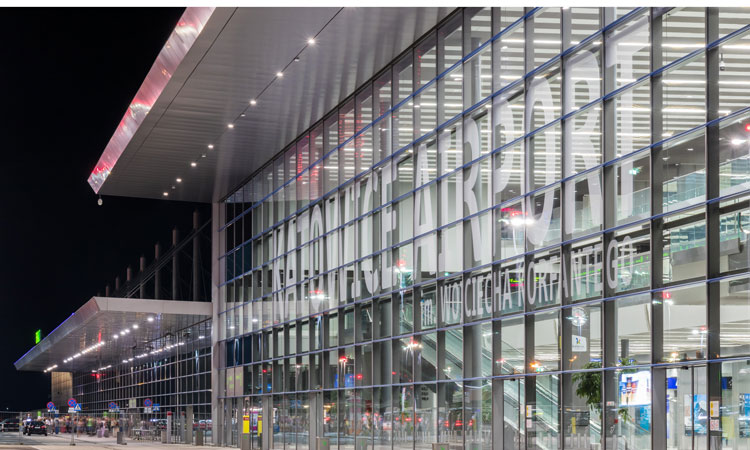 Katowice Airport (KTW) is among the biggest regional airports in Poland, reaching record-breaking numbers back in 2019 where 4.84 million passengers used its flights network; two million of them travelled on charter flights. Prognosis for 2020 assumed that 5.5 million travellers would be handled, however only 1.44 million passengers travelled to/from Katowice Airport due to the COVID-19 pandemic. Alongside the airport’s passenger success, Katowice Airport is the country leader in terms of charter traffic and the regional leader in the area of cargo traffic.

Therefore, “Promus Ruda Śląska” Sp. z o.o., the main contractor of the expansion and reconstruction project kick-started the investment back in September 2019. The primary goal is to improve the performance and quality of handling passengers by enhancing the surface and cubage of the building, and creating a new internal functional layout.

Enhancing the surface and cubage of Katowice Airport 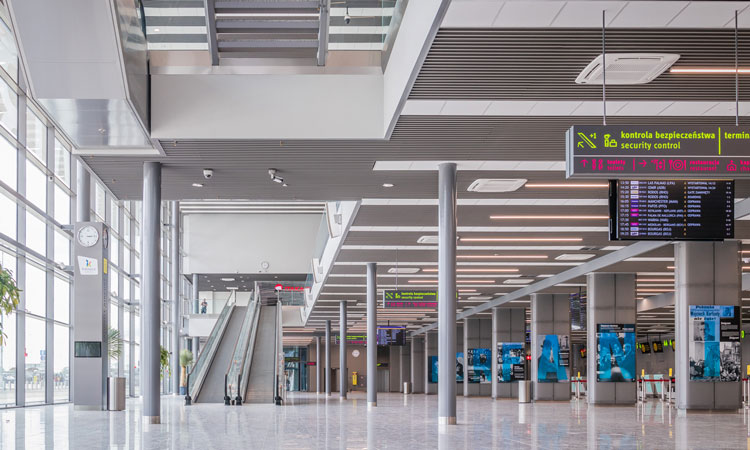 Another important change made to Terminal B, is the separation of the check-in area from the security control area, via a floor. Previous to the reconstruction, both areas in Terminal B were located on the ground floor however, post-construction security control is now located on the first floor. Due to this expansion, it became possible to increase the number of check-in desks from 18 to 28. One desk is dedicated for checking in oversized baggage, and the other gives passengers the option to check their baggage in by themselves.

Changes were also introduced in the departure hall of Terminal B. Among the additions to the new departure hall including: an expanded Fast Track, new food, retail and services outlets, the developed business lounge has been moved to the second floor of the departures hall and is twice as big as its predecessor.

Furthermore, 16 boarding gates await passengers travelling from Katowice Airport, i.e. six more than in the old Terminal B. Two additional gates are located in each of the three external boarding towers, which connect to the terminal with bridges. The remaining 10 boarding gates are located on the ground floor of the Departures Hall. However, both the ground and first floor of both the free access area and the Departure Hall are connected with moving walkways and elevators, suitable for travelling passengers with disabilities. The external boarding towers are also equipped with elevators. 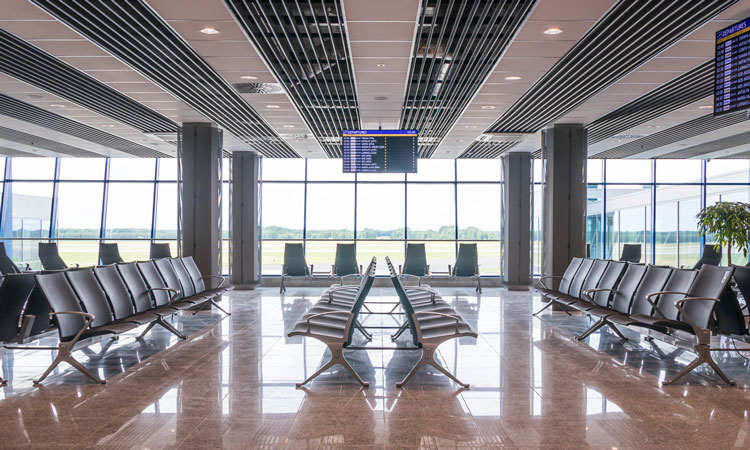 Terminal B is now home to new baggage transport, security control and sorting system which is said to be the most advanced in Poland. It is equipped with two standard and three security control devices or CT scanners. Through the use of CT scanners, it is possible to receive a detailed, tri-dimensional image of the scanned baggage. The new baggage room itself has a tray sorter, with 76 trays and tilting system, as well as 12 baggage chutes. As a result, the throughput of the system is 1,885 pieces of luggage per hour.

Artur Tomasik, President of the Management Board of Górnośląskie Towarzystwo Lotnicze SA, the company managing Katowice Airport, said: “We carried out the expansion and reconstruction of passenger Terminal B largely during the very difficult time of the coronavirus pandemic, which contributed towards the biggest crisis in the history of aviation. However, we completed the project on time; by doing so, we brought to an end another important investment which is part of a complex plan of expanding Katowice Airport. Putting Terminal B into service does not mark the end of pro-development projects at Katowice Airport. We keep thinking about the future and want to strengthen the airport’s position in various areas. That’s why we are consequently expanding the aircraft maintenance base. The construction of a 6.5 hectares aircraft apron and a third hangar with bays for servicing two Airbus A321neo aircraft is under way. We are intensely working on projects associated with the development of the cargo area. We want to considerably increase the terminal surface meant for handling cargo traffic.”

The investment has seen the throughput of passengers in Terminal B increase from 2 to 4 million passengers yearly. The grand expansion and reconstruction of passenger Terminal B contributed towards a significant improvement of the outturn of the airport’s entire terminal infrastructure including flights in Terminals A (flights to Non-Schengen countries), B (flights to Schengen Area countries) and C (Schengen and Non-Schengen arrivals). With the increased surface of all passenger terminals from 29,000m2 to 34,000m2, subsequently the number of passengers travelling through Katowice Airport increased from six million to eight million passengers yearly.