Paris Region, Choose Paris Region, Groupe ADP, Air France-KLM and Airbus have partnered to encourage the exploration of the opportunities presented by hydrogen use in Paris airports. 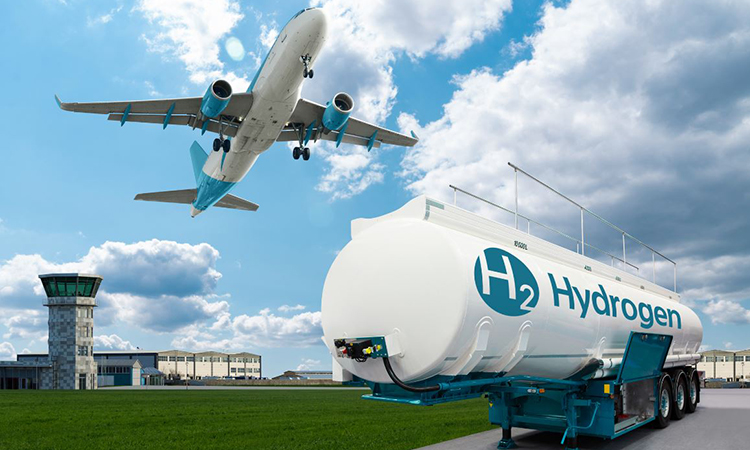 Paris Region, Groupe ADP, Air France-KLM and Airbus have announced that they have partnered to launch a call for expressions of interest to explore the opportunities that are generated by the use of hydrogen in Paris airports, with the aim to decarbonise air transport activities.

This worldwide call for expressions of interest complies with the French government’s energy transition strategy and is supported by the European Commission (EC), which strives for zero-emission aircrafts by 2035.

Aware that the advent of hydrogen will revolutionise the way that airport infrastructures are designed and operated, the partners want to anticipate and support the developments that should help to transform Paris airports into true “hydrogen hubs”.

The international call for expressions of interest – launched with the support of the international agency, Choose Paris Region, which is in charge of the international promotion and attractiveness of Paris Region – aims to build a unique airport ecosystem federated around hydrogen, major corporations, small and medium enterprises (SMEs), start-ups, laboratories and universities. This open innovation initiative is a key step to initiate this technological breakthrough across the entire hydrogen value chain within the airport city.

The five partners share a common ambition: To identify and qualify research advances in research and technologies, and then to test the economically viable solutions that will meet the needs of hydrogen at an airport, to prepare, in the medium term, the challenges of its supplies and uses in a larger scale, particularly with a view to operate a future hydrogen-powered aircraft.

This unprecedented call for expressions of interest focuses on three main themes:

Regarding this, Edward Arkwright, Deputy CEO of Groupe ADP, said: “We are ready, with our partners, to federate a unique ecosystem to make possible the progressive integration of hydrogen at Paris airports. We must prepare today to welcome hydrogen aircraft in 2035 by transforming our airports into real hydrogen hubs, in which we wish to develop various uses, with our stakeholders, around airside and city-side ground mobility. Alongside other solutions, such as sustainable alternative fuels, the deployment of hydrogen aims to accelerate the decarbonisation of air transport.”

Alexandra Dublanche, Vice-President of Paris Region in charge of the Economic development and Attractiveness, declared: “With Valérie Pécresse, President of Paris Region, we were the first in France to experiment two hydrogen buses in commercial service, between Jouy-en-Josas and Versailles Chantiers, in order to test the potential of this energy. We also adopted a Hydrogen Plan in November 2019, which provides regional support for the sector, in order to reveal its potential in Paris Region. This call for expressions of interest makes it possible to realise these ambitions, and help us build together the airport at the service of the inhabitants and the attractiveness of Paris Region.”

Franck Margain, President of Choose Paris Region, stated: “Thanks to the collaboration of the public and private actors involved in this call for proposals, we wish to contribute very concretely to the implementation of new innovative and sustainable solutions that side with the energy transition commitments made by Paris Region.”

For her part, Anne-Sophie Le Lay, Executive Vice President of Corporate Secretary Air France-KLM, reminds that: “The support for research and development and the use of new energies is fundamental to move towards a more sustainable and responsible air transport. This call for expressions of interest brings together leading partners to lay the foundations of an innovative and ambitious ecosystem.”

Jean-Brice Dumont, Executive Vice President of Engineering at Airbus, added: “Airbus is determined to drive a bold vision for the future of sustainable aviation, and to lead the transition to zero-emission commercial flight. Hydrogen is the one of the most promising technologies that will help us meet that objective – but we won’t be able to do it alone. This revolution will also require our regulatory and infrastructure ecosystems to change worldwide. Airports have a key role to play in enabling that transition, starting today, and we hope that this open innovation initiative will foster the development of creative projects and solutions.”