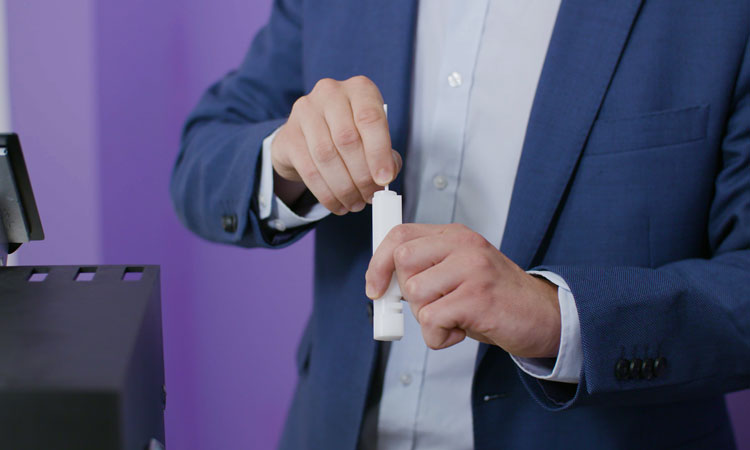 The results of pre-departure testing trials carried out by four of London Heathrow Airport’s (LHR) transatlantic carriers – American Airlines, British Airways, United Airlines and Virgin Atlantic – will be brought together in a study commissioned by the airport to demonstrate the effectiveness of pre-departure testing for passengers on international routes. The final report will be shared with governments on both sides of the Atlantic.

On 15 December 2020, the government will launch its ‘Test to Release’ initiative, which will give passengers the option to reduce their quarantine period from 14 days to five, providing that they test negative for the virus. Whilst the aviation industry has welcomed ‘Test to Release’, it has been clear that the ultimate objective for passenger testing is a pre-departure regime, and the combined airline trials aim to make the case for this much needed solution. The study will be funded by Heathrow and seeks to provide a better understanding of how pre-departure testing could be used to safely eliminate the need for self-isolation on arrival.

Heathrow will have access to anonymised testing data generated by each of the separate pre-departure trials being conducted by the participating airlines. Each trial is unique to each airline, but these variations will provide richer and more diverse data that will reinforce the study’s conclusions. The cumulative results of the various tests will help the industry and governments to evaluate which pre-departure testing approach is practical and safe enough to replace quarantine and other travel restrictions.

The number and scale of the carriers involved makes this the largest pre-departures study in the UK. Specialist oversight will be provided by Oxera Consulting LLP and Edge Health, who will author the study. Oxera and Edge Health have previously identified a lack of real-world pre-departures data on which to base analysis of the effectiveness of this type of testing model.

The combined trials will be entirely free of charge for passengers and take place on selected transatlantic routes. It is expected that the study will assess the effectiveness of PCR tests, LAMP and Lateral Flow Antigen devices, where used on each airline’s trial routes. Some of the trials will make use of Collinson and Swissport’s testing facilities in Heathrow’s Terminal 2 and Terminal 5, which were launched earlier this year. All participants will need to abide by the government guidelines at the time of travel, such as the requirement that passengers arriving at Heathrow must self-isolate for 14 days or, from 15 December 2020, for five days at which point a negative test result would release them from quarantine.

These pre-departure tests are already being used by some customers on flights from Heathrow to some of the UK’s most popular routes for trade and travel, in an effort to safely restore the country’s international connectivity. In 2020, it was announced that Heathrow had been over-taken by Paris-Charles de Gaulle Airport (CDG) as the busiest airport in Europe, endangering the UK’s connectivity with the rest of the world. North America is one of the few markets with which the UK has a trade surplus with – meaning that the UK exports more than it imports from it – and the U.S. alone accounts for a fifth of Heathrow’s traffic, with 21 million passengers and £22 billion of UK exports travelling from the airport to America in 2019. All of these credentials continue to be seriously impacted by COVID-19, but pre-departure testing as an alternative to any quarantine on arrival could provide a way to reboot these vital links.

Chief Executive Officer of Heathrow Airport, John Holland-Kaye, said: “These trials will build on the government’s initial testing strategy, setting a standard for a safer and more comprehensive approach to passenger testing, that we hope will accelerate the return to travel as we once knew it. With Brexit imminent, we need to urgently find the most effective way to restore the UK’s trading network and facilitate safe global travel, keeping Britain competitive as it leaves the European Union (EU).”

Sean Doyle, CEO of British Airways, said: “After the welcome news last week that the government is reducing quarantine for travellers to five days, British Airways is pleased to be working closely with the team at Heathrow on trials between the U.S. and London which will seek to demonstrate that a robust pre-departure testing regime will help fully re-open the skies and eliminate the need for quarantine. We stand with our colleagues at Heathrow and other UK airlines to ensure that together we do all we can to get Britain and the economy moving again.”

Senior Vice President and Chief Customer Officer of United Airlines, Toby Enqvist, said: “We welcome this collaboration with Heathrow Airport that demonstrates the value of pre-departure testing and the role it plays in opening international travel. United has overhauled our cleaning procedures to help ensure an even safer travel experience and testing continues to be a key component of our multi-layered approach to ensuring our customers’ wellbeing.”

Shai Weiss, CEO of Virgin Atlantic, said: “Industry-led trials, like our own London Heathrow-Barbados testing pilot, build on existing evidence that an effective pre-departure testing regime can safely replace quarantine. Through close collaboration, trial results will add to the body of real-world evidence being aggregated by Heathrow in this landmark study. We call on the UK government to move swiftly towards this model, in order to open up the skies, replace quarantine and boost consumer confidence. It will allow free movement of people and goods to resume, supporting the UK’s economic recovery and protecting more than 500,000 jobs reliant on aviation. We hope that testing will also lead the way for U.S. borders to open to UK travellers.”