In partnership with LVNL, Amsterdam Airport Schiphol has developed a joint programme of measures to reduce noise emissions caused by air traffic. 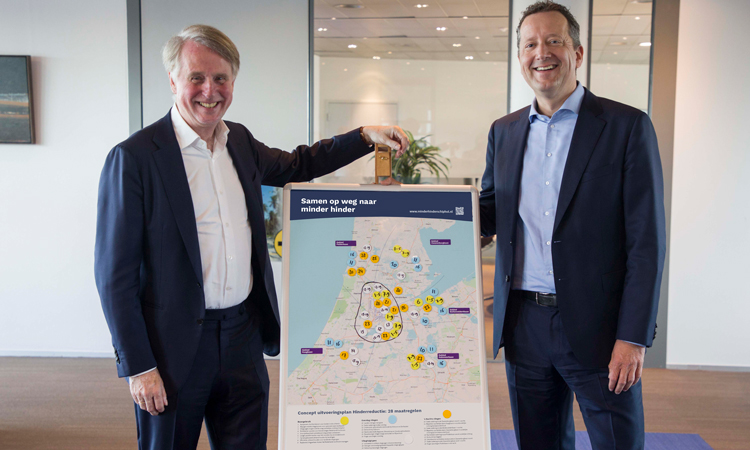 Amsterdam Airport Schiphol (AMS) has partnered with Air Traffic Control the Netherlands (LVNL) to develop a joint programme of measures to reduce noise emissions caused by air traffic in a bid to reduce disturbance on surrounding communities, irrespective of the government’s decisions on the development of aviation.

The newly-developed programme has divided the outlined measures into four key themes: runway use, aircraft types, flight routes and procedures during the day, and flying at night.

CEO of the Royal Schiphol Group, Dick Benschop, said: “Quality of life is one of our priorities. Partly for this reason, we held numerous discussions with local residents, local authorities and experts last year. The recurring topic of discussion was that if we want to preserve the benefits of aviation, we will need to reduce the burdens. By implementing this programme, we are working with Air Traffic Control the Netherlands to reduce nuisance in the Schiphol area.”

Examples of the measures being introduced include: a higher approach to Runway 18R-36L at night; limiting the use of ‘non-preferred’ runways, such as Runway 18L-36R, Runway 18C-36C and Runway 09-27; limiting night-time take-offs from Runway 06-24 in a north-easterly direction during runway maintenance; investigating fixed approach routes during the day; and examining optimisations of flight routes.

The programme has been introduced in the hope of having a positive effect on the reduction of noise disturbance and its perception in both indoor and outdoor areas around Schiphol Airport. It was developed on the basis of suggestions and proposals from local residents, directors, the Regional Forum of the Schiphol Local Community Council, the top 20 complaints submitted to the Local Community Contact Centre Schiphol (Bewoners Aanspreekpunt Schiphol, BAS), Schiphol Airport and LVNL’s own expertise and innovations in aviation technologies and systems.

Michiel van Dorst, CEO of LVNL, said: “Good consultation and cooperation with people living near Schiphol, directors and our partners is extremely important when it comes to order to reducing nuisance. By means of open discussion and cooperation, we can carefully examine and develop new possibilities and proposals for reducing noise and emissions while ensuring safety. In this way, Air Traffic Control the Netherlands can create value for the Netherlands, the surrounding area, our customers and partners.”

The programme had been previously announced by the two involved parties and answers the request put forward by the Dutch Minister of Infrastructure and Water Management, Cora van Nieuwenhuizen – in her letter on 5 July 2019, she requested a “nuisance reduction implementation plan that contains concrete and tangible measures”.