Changing the face of air traffic management for the better

In a matter of years, remote tower technology has re-written the rulebook on air traffic control. Initially conceived as a smart, safe and sustainable solution for airports with very low traffic density, remote towers are now becoming a reality at airports with significantly higher traffic movements, says Florian Guillermet, Executive Director, SESAR Joint Undertaking. In this article he recalls some of the key developments in SESAR that spurred this new era in air traffic management, and details how this revolutionary technology is being researched for implementation in other airport environments. 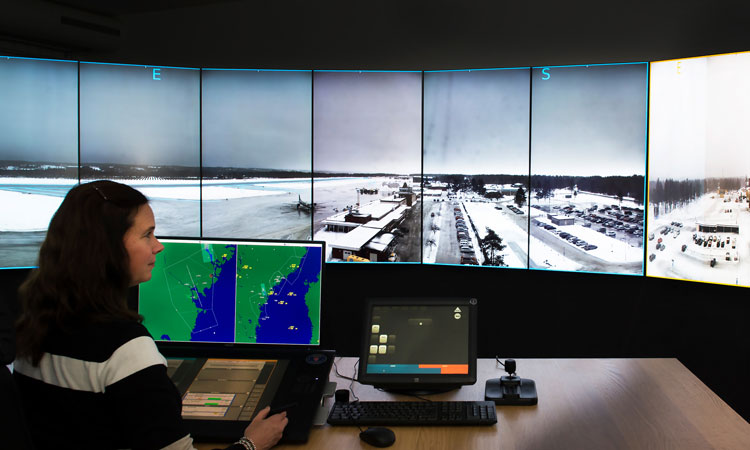 Small and regional airports are challenged to reconcile the high cost of running a full capability air traffic control tower with the low revenue derived from landing and other flight-related charges when traffic throughput is scarce and intermittent. In Europe, one of the long-term societal ambitions of FlightPath 2050 (the EU’s vision for aviation’s future air network) is to enable citizens to travel between any two points in the EU within four hours. The viability of smaller airports, then, is intrinsic to fulfilling this vision. However, a stark reality facing small regional communities – that are reliant on air travel for mobility of people, goods and services – is that for their economies to thrive, an innovative, more cost-effective approach to providing control tower functionality at airports with additional safety benefits must be implemented.

This is where remote towers come in. The system works by deploying high-definition, infrared and pan-tilt-zoom cameras, complemented by a suite of supporting technologies and network links. A live video feed is securely relayed to a controller at a separate location who sits at a ‘remote-tower module’, comprising a panoramic array of high-definition screens that provide an ‘out of the window’ view of the airport.

In the controller’s module, the screen is overlaid with information from additional sources – such as secondary radar and automatic dependent surveillance-broadcast (ADS-B), where available – which enhances the visual imagery for use in normal conditions, and improves the controller’s situational awareness during low-visibility conditions. Additional features can include object tracking, 30x image magnification, motion-based alerting, infrared vision and hotspot monitoring.

In the first SESAR programme (2008‑2016), members and partners showed the feasibility of physically separating the control tower and controllers, while still enabling the safe provision of air traffic control (ATC) services at an airport. This R&D1 led to the first single remote tower deployment – which in many ways has become the template for ensuing deployments – at Sweden’s Örnsköldsvik Airport. With a throughput of just 80,000 passengers annually, the traffic density was hardly enough to warrant the expenditure of full-time control staff. Instead, the airport is now controlled from over 150km away, at ATC facilities in Sundsvall. The Örnsköldsvik/Sundsvall deployment was approved by the Swedish Aviation Authority in 2014.

The next logical step was to see if the single remote tower setup could be used for regional airports with medium-sized traffic volumes. This category of airport is faced with similar challenges as their smaller counterparts in ensuring service continuity or even expansion since conventional towers can become too costly to run over time, or if the number of flights becomes insufficient. This second SESAR Solution was tested at an installation at Saarbrücken Airport in southwestern Germany near its border with France. Validation work2 was complemented by large-scale demonstrations in Germany3, Italy4 and Ireland5.

This R&D work and the first deployment have encouraged similar implementation plans, and not just at other small airports. For example, the smaller physical footprint of remote towers has prompted airport planners and architects to rethink how the valuable liberated space can be exploited for other operational and business purposes. This has been the case at London City (LCY) Airport, which is undergoing a substantial £350 million (€400 million) redevelopment This year, a remote tower installation will be completed at LCY, becoming operational in 2019 with a live feed via super-fast secure fibre connections to a new control room6. With remote tower installations not requiring the facilities needed by humans – such as lifts, rest areas and space for controllers and consoles – LCY’s architect, Pascall+Watson, constrained by the urban location, have used the space not occupied by a tower to help boost the terminal’s capacity.

SESAR members also looked at how remote towers could serve larger airports as a contingency for outages; providing resilience and safety assurance. The need for contingency towers is, as such, not new, and facilities already operate in many places such as London, Brussels, and one that’s near completion at Budapest. The SESAR Solution brings additional technology into play, and addresses issues including accessibility, training and security to deliver more resilience and a higher efficiency in degraded situations. In a series of trials at Göteborg in Sweden and Girona in Spain7, members tested the switchover time from the primary to the contingency tower; the level of service attainable when ‘out of the window’ is unavailable; and the extent of information accessible to controllers.

The story of remote towers does not end there. With the launch of SESAR 2020 (2016-2020) – the next wave of R&D – the plan is to take the technology even further in order to respond to the operational performance needs articulated by stakeholders. An idea currently undergoing intense analysis is that of the ‘remote tower centre’, where a number of modules can be deployed that can cover multiple airports on a ‘one module to one airport’ basis. Such a centre is being established in Sweden’s Arlanda Airport to provide remote ATC to airports in Malmö, Östersund, Umeå and Kiruna. It will be operational by 2019/2020 with the capability to remotely operate over 20 digitally-connected airports. A similar installation is planned in Norway, where 15 airports will be operated by a tower centre in Bodø by the end of 2020. The centre will house the same staff who used to sit in the individual towers.

The other possible evolution of the concept is multiple remote tower services. This refers to the provision of ATC tower services to more than one airport simultaneously from a single ‘module’ that can switch between incoming remote tower camera and communication feeds from different airports. The research builds on tests at Bodø8, where controllers provided aeronautical fl ight information services simultaneously to both locations Røst and Værøy (technically a heliport). Large-scale demonstrations in Ireland9 and the Netherlands10 also provided complementary input regarding the feasibility of the concept, with the simultaneous management, in low-traffic conditions, of two airports. This concept is undergoing further rigorous R&D in Germany, Hungary, Italy, Lithuania, Norway and Sweden11 to ascertain all the potential issues and to ensure that it satisfies the most stringent safety requirements. This is coupled with research on advanced automated weather systems for airports controlled remotely. On validation, it is anticipated that the concept and related systems will bring significant operational and cost-effective benefits.

An unanticipated by-product of SESAR’s remote tower programme is a project that evaluated the use of augmented reality in a conventional tower. RETINA12 (Resilient Synthetic Vision for Advanced Control Tower Air Navigation Service Provision) demonstrated that by providing the controller (equipped with HoloLens goggles) with supplementary information (such as aircraft labels and outlines of the ground features) situation awareness and head-up time were markedly improved. During low-visibility conditions, data superimposed on to the controller’s goggles improved their ‘out of the window’ situational awareness, boosting safety and potentially enabling the controller to overcome airport capacity limitations imposed by bad weather conditions. The potential is significant because, should such augmented information enable normal operations to be conducted in weather conditions that currently demand low-visibility procedures, airport resilience and throughput could be considerably enhanced. At this stage the research is still at the exploratory research phase, but for the SESAR‑funded research team13, it’s been a great success, leading to the project receiving the Jane’s Award for ‘enabling technology’ at the World ATM Congress in Madrid in 2018.

What started as a concept to make small and regional airports more viable has extended into new and sometimes unexpected directions, transitioning into a family of solutions. Deployments of remote tower solutions are being planned on a broader scale across regional locations, particularly in Northern Europe. Their smaller footprint is helpful to designers of new airports and provides safety assurance in contingency roles. Remote tower centres are bringing operational efficiencies, resilience and cost effectiveness. And new SESAR research projects such as RETINA exploit these developments, empowering controllers to operate more effectively and more flexibly, and enabling them to deliver safe and cost‑effective air traffic management – whatever the weather.

Florian Guillermet was appointed as Executive Director for the SESAR Joint Undertaking in April 2014. Florian is responsible for leading the SESAR JU public private partnership, which is modernising Europe’s air traffic management system. Florian has worked in the civil aviation field for 20 years. He is an engineer and graduate of the École polytechnique and Civil Aviation Engineering School in France. He holds a master’s degree in aeronautics and airport management. 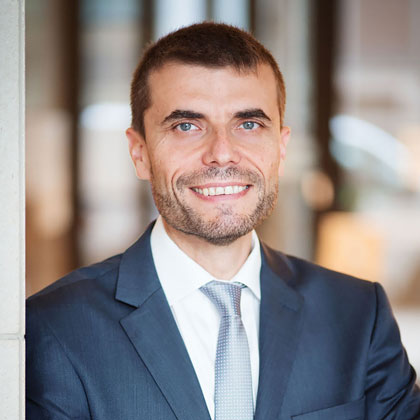