Cornwall Airport Newquay has seen substantial growth over the last 12 months, but how does the airport sustain this and where do they go from here? 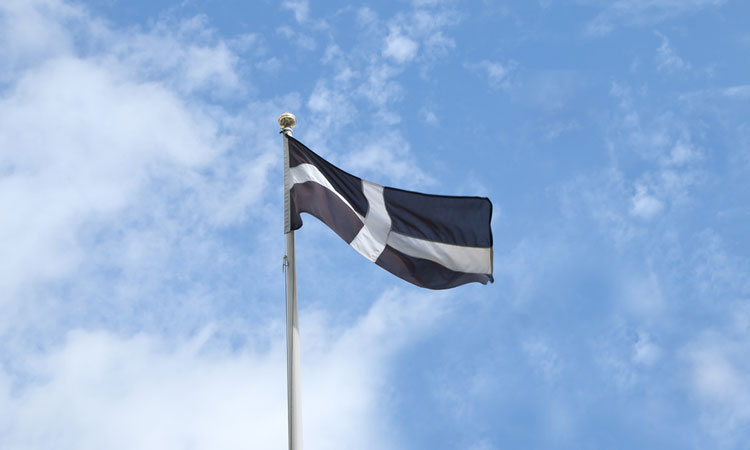 Being one of the fastest growing airports in the UK over recent years, Cornwall Airport Newquay (CAN) has certainly been grabbing the headlines when it comes to traffic figures. “Last year, the airport handled circa 460,000 passengers, making it our busiest year ever, a fantastic achievement. But if you look a bit deeper at our numbers, we have been the fastest growing airport in the UK outside of London for the last two years [London Southend Airport grew marginally faster than CAN in 2017], and growing at double-digit rates since 2014,” muses Al Titterington, the Cornish airport’s Managing Director.

After this period of rapid expansion, the airport’s growth so far in 2018 (first seven months) has been more modest, rising by a more manageable 2.7 per cent. “This gives us an opportunity to expand the capacity of the Airport for future years to meet our expected growth forecasts,” confirms Titterington. “That said, we remain on course to deliver another record year in 2018.”

One important metric is the increased demand for in-bound tourism both domestically and internationally. Eurowings has expanded its range of destinations in Germany and the Irish market continues to grow year-on-year. Domestically, the London & North West has grown significantly in 2018, underpinned by easily the best summer in a decade. “The success of Eurowings’ Düsseldorf route clearly demonstrated the potential for further links, and in particular, the demand from German tourists for more inbound leisure routes to our region,” suggests Titterington. As the second largest country market after the UK to be served from CAN, Eurowings’ new operations to Germany have given the airport a significant increase in seats to Western Europe during the Summer 2018 season.

While CAN waits for its next traffic growth spurt, the airport has been tweaking its operation to allow its passengers and partners to utilise the facility more efficiently. “We are in the process of installing CUTE check-in facilities in the terminal. This will enable our serving airlines to make use of common IT platforms to handle passenger and flight processing via their own servers,” explains Titterington. “For a small airport like us, handling less than half a million passengers per year, it’s a significant investment that will see us through to the next stage in our development.”

Although it might not be the most glamorous aspect of managing a growing airport, CAN has also had to invest in a major overhaul of its onsite car parks. “We have done this to improve the overall experience for passengers using the airport parking facilities,” says Titterington. The improvement works include the introduction of a barrier-less entry/exit system, a redesign of the East Car Park and an expansion of the dedicated drop-off/pick-up area in the West Car Park. “The latest improvements build upon the expansion of the West Car Park which was completed last year,” adds Titterington.

Like many airports, route development is at the heart of the need for enhanced terminal facilities. The latest piece of positive network news was Ryanair’s announcement earlier this year that the existing service it runs to Alicante will run year-round. The ultra-low-cost carrier, which currently offers three routes from CAN, will operate the 1,396-kilometre sector twice-weekly on Thursdays and Sundays, as part of its W18/19 schedule. “Winter sun has been a key priority for us for some time and to secure this route year-round is great news for the continued growth of the airport and for the people of Cornwall,” informs Titterington.

CAN has just secured the renewal of the Public Service Obligation (PSO) access between Cornwall and the capital. “The recent PSO renewal will secure our London access going forward,” states Titterington. The route which will carry 170,000 passengers this financial year (35 per cent of the airport’s annual traffic), is a three times daily service to London Gatwick flown by Flybe. However, the CAN MD has been vocal in his support for a third runway at Heathrow. “The benefit of direct air access to London from Cornwall is already worth millions to the region. Having access to the greater number of connections available at the nation’s main gateway at Heathrow will increase this value dramatically.”

Also on Titterington’s new route shopping list is a European hub connection. “It would be a real coup for us if we could secure a service to a global gateway like Amsterdam with KLM or Frankfurt with Lufthansa.” Alongside the PSO and future access to Heathrow, this type of route would drastically improve CAN’s global connectivity, which will be vital for its new galactic growth plans.

Not content with keeping its revenue streams and growth opportunities firmly on the ground, CAN is looking to the stars in terms of its ongoing development, thanks to a new partnership with Virgin Orbit. Signed at the Farnborough International Airshow earlier this year, the first British satellite launch in 50 years could take place from CAN within the next three years. Virgin Orbit, a satellite launch company, has selected Spaceport Cornwall as an ideal location to operate and deliver one of the first launches of its LauncherOne system outside of its US home. “At 2,744 metres, we have one of the longest runways in the UK,” says Titterington, highlighting why his airport was selected for this particular space mission. “The operating environment also makes the Airport attractive and in terms of our location, we have direct access to the sea and a low population density.”

Virgin Orbit will provide launches from its spaceport at CAN by 2021, using a modified Boeing 747-400 aircraft called ‘Cosmic Girl’. Carrying a LauncherOne rocket under its wing to a launch range over the Atlantic Ocean, Cosmic Girl will then release the rocket at around 35,000 feet for onward flight into space, carrying a satellite into Earth orbit. “As a horizontal air-launch platform, LauncherOne allows Virgin Orbit to undertake low-cost missions swiftly and efficiently by avoiding heavily trafficked existing launch ranges,” adds Titterington. “The landing of Virgin Orbit in the region will make a major contribution to Cornwall’s ambition to create a one billion pound space economy as part of its response the UK Industrial Strategy.”

“Now that the decision has been made, the hard work doesn’t stop,” explains Titterington. To provide a safe and licensed spaceport environment, CAN will develop: Mission Control; a rocket and propulsion test facility; hangar facilities; fuel handling facility; and potentially a Space Gateway Innovation Centre. With the work on these interstellar ambitions and a number of other development opportunities starting to crystallise, and passenger traffic still on the up, CAN’s future as an airport and a spaceport seems destined for the stratosphere.