Ever wondered which airport is currently the fastest growing in the world? How many of the world’s top 20 are situated in Asia? Find out in our latest instalment of the anniversary series… 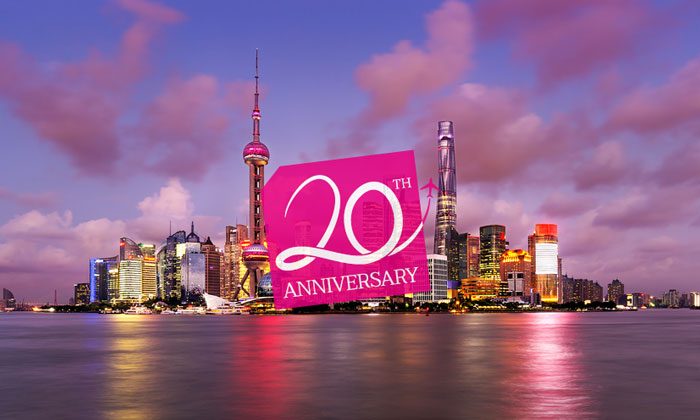 Air travel is on the up – there is no doubt about this. Passengers figures are increasing each and every year in every continent as the mode of transport becomes more affordable, accessible and easy.

IATA expects 7.2 billion passengers to travel in 2035, a near doubling of the 3.8 billion air travellers in 2016. The prediction is based on a 3.7% annual Compound Average Growth Rate (CAGR) noted in the release of the latest update to the association’s 20-Year Air Passenger Forecast.

International Airport Review decided to take a closer look and compile a list of the top 20 fastest growing airports in the world by passenger number to see precisely which regions and airports are driving this growth.

This exploration is part of a wider series that looks to celebrate our 20th Anniversary.

As we build up throughout the year to our anniversary issue in the Autumn, we’ll be running a monthly online feature that celebrates the top 20 of all things aviation. Be it a look at the latest innovations in the sector, our predictions for the future or a glance back at the 20 biggest stories of the past 20 years, we invite you to join us in celebration of this milestone throughout the year.

The list of the fastest growing airports is based upon Airports Council International‘s statistics for 2016 and the growth is based upon the yearly change in passenger traffic between 2015 and 2016. Only the world’s top 50 airports by passenger number were considered.

We admit that this analysis of ‘growth’ does not consider wider trajectory of growth, but nevertheless we feel it gives an interesting insight into which airports are the immediate growers in the airport world.

So what can we learn from this?

While it is certainly interesting to see the Chinese airports beginning to catch up with the established names and dominate the upper echelons for this table, there are still a significant amount of rapid growers present from the United States and Europe, older aviation networks. Put into context, the likes of Dubai, Tokyo Haneda and LAX still posting around 8% growth is highly impressive if we take into consideration the fact they are already processing circa 80 million passengers a year.

The top spot, goes to Shanghai and looks to become a significant contender over the next decade or so for overall number of passengers processed, posting a staggering 9.9% year-on-year growth total.

The Latin American absence is noticeable and we see no African airports present either, though the fact that we only considered the world’s largest 50 airports in the first place is likely to have affected both of these regions and their inclusion in this list.

Elsewhere in Europe, the Spanish capital Madrid’s airport saw fantastic growth, beaten only by the ever-expanding Schiphol, and is likely to continue its ascent into the top tier of European airports well into 2017.

As ever we’d love to hear from you and for more in the International Airport Review top 20s series, click here.