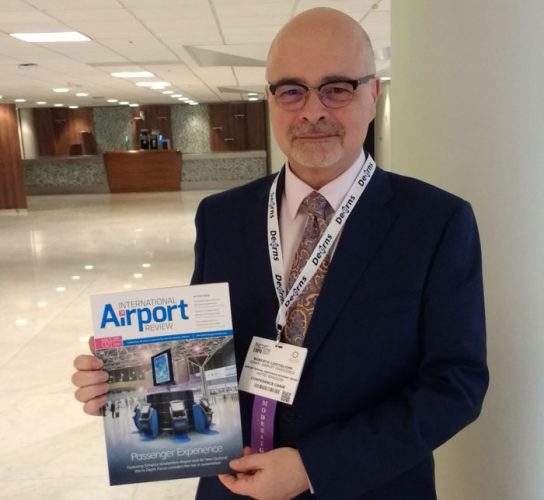 At present, International Airport Review has been extensively covering the subject of how PRM are best catered for. Could you talk us through precisely how you’ll be addressing this here at Passenger Terminal Expo 2017?

Well, thankfully, as I am chairing the discussion I don’t have to speak a lot. I believe this is the third consecutive year that I’ve chaired this track; but this year we have changed the focus of the speakers. Rather than highlighting mere awareness – everyone is more or less aware of the issue of disability – the focus is now on technical solutions and innovation, including elements such as best practice and all aspects that can potentially improve the quality of the journey for people with reduced mobility and disabilities. So this year, more than ever – with the exception of the European Disability Forum at which I will be presenting mostly on awareness and legal compliance – the other speakers will talk about innovation. And innovation can too be user driven: for example, OCS, a service provider, ran a survey among PRM travellers to get their feedback and learn from actual users what they like; what the company are doing right; what can be improved upon etc. etc.

And so what are they doing right and wrong at the moment?

Well, let me just say, we have to make improvements. I always use the example of a couple, both with mobility limitations, that left Israel to travel to the UK. They had an awful experience in Israel – an appalling experience in-flight and a miserable landing process. So in this case, we have a few individuals that have had three bad experiences within three segments of their journey that cannot be correlated because they are different providers within the sector. In my humble opinion they were just destined to have a bad day. In the same way that anyone can have a bad day; it can happen. Sometimes you can have the best provider in the world, the best services in the world, the best technology, yet things will still go wrong.

That’s the nature of the world, no?

Yes. What goes wrong is more or less the usual thing: airports are over-worked, services are stretched, or at peak travel times sometimes individuals receive assistance late (sometimes very late), so they have to wait longer – be it at the meeting point on departure, or at the arrival gate. Service providers do prioritise departures over arrivals – which is understandable because aeroplanes have to leave on time and unfortunately when services are stretched they’d rather have people waiting five minutes longer at the gate, than a plane leave later and miss its slot.

So, there are patches – perfection doesn’t belong to this planet. Technology is going to be of great assistance to everybody. I was examining a couple of stunning innovations that I came across over the course of the last two days – one of them, I think, is going to revolutionise the way that wheelchair assistance will be provided globally.

Could you give any further details?

I cannot add more at this time but it is going to be fantastic. You know when you see something and you think: “Goodness, why has nobody thought of this before?” It can be the simplest of simple things…I don’t know how to describe it, I’m too excited.

Not just hope, it’s a solution; it’s the solution. Hopefully in May or June I’ll be in a position to share more about this.

Excellent. So, to summarise the point, innovation and technology is going to be of paramount importance.

Exactly. Let’s not forget that we’re talking about two mainly-different categories of people. The wider group also encompasses the over 65s. My dad is 85 – he can barely walk; one day I booked him a wheelchair because he was travelling, and he said “but I’m not disabled.”

I said “I understand that, but you’re going to be more comfortable.”

“But I’m not disabled!” He replied.

So you have this wider group that would like to remain independent throughout their journey, and therefore relieve some of the pressure on services. Then there’s a smaller group of people that really need assistance on a one-to-one basis; and they should be the focus of such services. Universal design can come into play to make airports more accessible and ease the path of travel. Then there’s assisting technology, like hearing loops, or speech-to-text translation, that can be useful. The problem is that a lot of deaf people don’t register as PRMs, but I challenge you to travel to an airport being deaf – it would be all too easy to miss your flight because you haven’t heard the gate change announcements.

On that point, we have an article being published tomorrow, written about the actual definition of the term itself, PRM. Someone who is deaf might not want to be labelled as a person with restricted mobility. Do you think we need to re-define the term itself?

The jargon PRM is inelegant, but it’s accepted and easily recognised by the community so when you talk about PRM (or PMR in certain languages in Europe) people understand what you’re talking about. And it’s less offensive than ‘disabled’ or ‘handicapped’ as is sometimes used in the States. But I agree with you that some people don’t consider themselves as a person with reduced mobility, which is one of the shortcomings of using the definition. If you look at the text of the law, it says ‘people with reduced mobility and other disabilities’  – so, the law covers all disabilities, but (general) terminology is unfortunately restricted to just one group of people.

So perhaps this is something that we could look at changing? Or do you think it’s already too entrenched?

I think that the day we make airports, or transport, truly accessible we don’t need to use the term anymore.

I suppose that is utopian?

Perhaps, though I’d argue that it’s not utopian; if it’s accessible you don’t need any terminology. You have assistance, that’s it. If you need assistance, you receive assistance. If you don’t require assistance, you make your way alone. But you don’t have to call the person PRM, or handicapped or whatever, they are just an individual like any other.

Airports tend to misunderstand is that a person with a disability is not a (call centre) or a nuisance; they represent an opportunity. Let me explain: a person in a wheelchair is just like me and you, the only difference being that they are confined to a wheelchair because of physical constraint. But he shares the same desire that we have – to travel – so he goes to the airport. He may get hungry so he buys some food; he might want to shop; but unlike me and you he has to stay at the airport for longer because the processing times are longer, so this is an opportunity for the airport. A person who stays longer may get bored, and if you get bored, what do they do? They shop more, or they eat more, or they buy a gift for a relative or friend. However, sometimes airports for operational purposes tend to confine people in lounges. So maybe an option is to put small concession stores inside the lounge, or take pre-loaded iPads with duty-free items that you can order and have delivered to the gate – small things – so that people can purchase with greater ease, which becomes a profit centre for the operator.

So, going back to the personalisation of travel…

Well, there are always improvements to be made. Big change doesn’t come around very often, yet I think the next two years will see some big improvements in Europe and in the States. There’s a lot of work being done on hidden disabilities; conditions like Alzheimer’s and dementia are on the rise; the catchment age is lowering – people of 55-60 have symptoms of dementia. Knowing how to best assist these individuals without being a nanny airport or a nanny airline, but best able to assist and meet their needs, is going to be a major change and will make life easier for everybody. This is certainly true for those individuals involved and for their families, but also for the operators because you always have people that wander off…

To give you an example, I was waiting to catch a flight for Paris a couple of months ago and this lady wandered off. She had checked in, checked in her luggage, but they couldn’t find her, so they then had to off-load her luggage from the cargo hold. This meant the plane left late, it lost its slot, the airline lost money etc…

It wasn’t just a trauma for the person who went missing – eventually she was found and was safe – but  it also impacts a potentially wider circle of individuals and players. Taking action ahead of time; doing what you have to in terms of training and building awareness of these hidden disabilities, is of paramount importance – not only for the individual, but for everybody.

International Airport Review would like to thank Roberto Castiglioni for his insight and we invite you to look out for his upcoming article in Issue 4 2017.

The Seamless Travel Series so far

The conversation is shifting. It is no longer a question of passenger experience. Air travel is now defined by ensuring seamless travel. In this new online series, International Airport Review will explore different perspectives from industry leaders such as SITA, Munich Airport, ACI World and many more to consider the ways in which the concept of seamless travel is now defining the changing world of air travel.

For an introductory definition of ‘seamless travel’, click here… 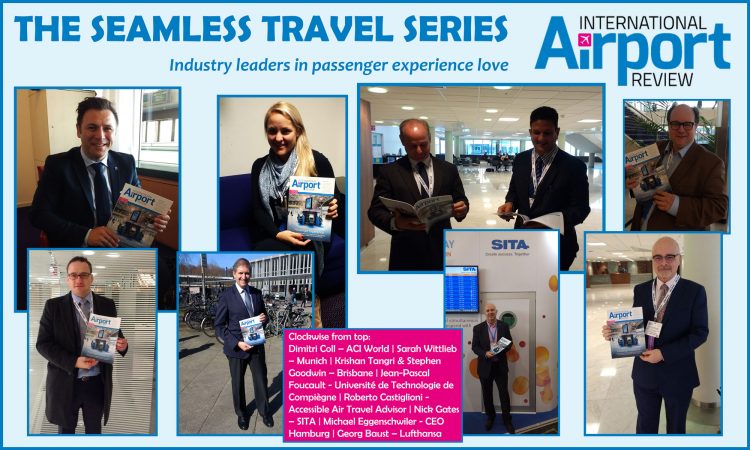