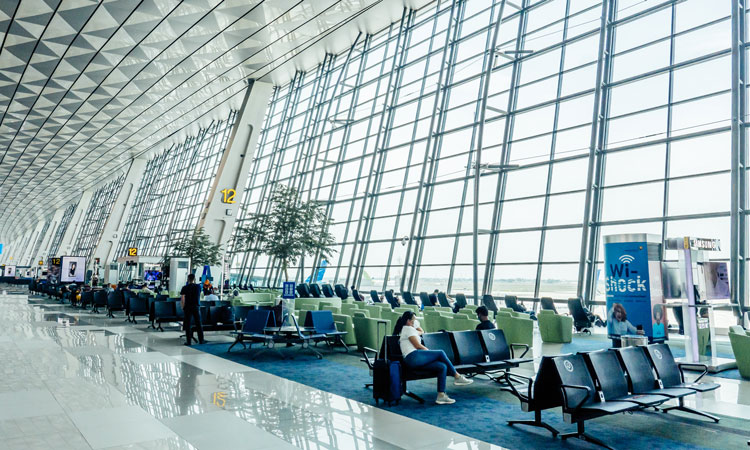 Airports play a pivotal role in the aviation ecosystem. They facilitate the transport of people and goods within and between national and international economies. The economic value driven by airports cannot be understated when it comes to facilitating business and leisure travel, trade, and the subsequent GDP, jobs, taxes, and associated social benefits. The connectivity provided to both domestic and international destinations support local and national economic activity. Airports and the aviation sector serve as economic engines.

One recent study published by the Air Transportation Action Group (ATAG)1 showed that, in 2019, the aviation sector generated $3.5 trillion in economic activity, representing 4.5 per cent of global GDP. The transport of 9.1 billion air passengers and $6.5 trillion in goods also supported 87.7 million jobs around the world.

Airports play a pivotal role in the aviation ecosystem. They facilitate the transport of people and goods within and between national and international economies. The economic value driven by airports cannot be understated when it comes to facilitating business and leisure travel, trade, and the subsequent GDP, jobs, taxes, and associated social benefits. The connectivity provided to both domestic and international destinations support local and national economic activity. Airports and the aviation sector serve as economic engines.

One recent study published by the Air Transportation Action Group (ATAG)1 showed that, in 2019, the aviation sector generated $3.5 trillion in economic activity, representing 4.5 per cent of global GDP. The transport of 9.1 billion air passengers and $6.5 trillion in goods also supported 87.7 million jobs around the world.

After a decade of consistent and robust growth in global passenger traffic, the ongoing COVID-19 pandemic brought airports around the world to a virtual halt in the second quarter of 2020, erasing almost overnight, more than 20 years of passenger traffic growth. The vaccination effort of historical proportions now well underway in many countries points to positive signs of a gradual reopening of parts of the economy in countries with high vaccination rates. The recovery of the sector to pre-COVID-19 levels is expected by 2023 for domestic travel and by 2024 for international travel, before resuming long‑run passenger growth trends. As the world recovers unevenly, both socially and economically, the long-run fundamentals of aviation demand remain clear. ACI World projections indicate that close to 19.7 billion passengers will traverse the world’s airports by 2040 – more than double the 2019 air passenger levels.2

Pre-COVID-19, capacity constraints were a problem faced by airports worldwide; many of them were already operating above their declared capacity, leading to bottlenecks and flight delays. With passenger traffic expected to return to pre‑COVID-19 levels within two to three years and increase significantly in the long-run, many more airports may reach the point where the demand outstrips the available airport infrastructure.

In normal times, addressing the capacity constrains due to the growth of passenger demand poses already a significant challenge, but the pandemic, by dramatically reducing airport revenues, just added an even greater challenge for airports to meet long-term capacity needs. The estimated decline in capital expenditure (CAPEX)3 between the pre-COVID-19 baseline year of 2019 and 2020 is 33 per cent or about $28 billion, and it is projected to partially recover to about 14 per cent (approximately $12 billion) below the 2019 baseline in 2021. The varying recovery rates for both domestic and international passengers will likely also result in uneven resumption of airport capital investment. For example, some airports have opted to expedite capital projects leveraging the reduction in aircraft movements and low passenger volumes, while others suspended projects or deferred capital plans.

To meet future air passenger demand will require investment in new greenfield airports, as well as significant investment to expand and maintain existing airport infrastructure. Between 2021 and 2040, projections indicate approximately $2.4 trillion in airport total capital investments will be needed to address the long-term trend in passenger demand.4 The sheer size of this estimate is impressive – $2.4 trillion corresponds to more than Italy’s annual GDP. Of this amount, 30 per cent of the CAPEX needs are for new greenfield airport construction, representing $731 billion between 2021 and 2040.

The size of the needed investment differs greatly from one region to another (see Chart 1 above).

The heavy cost of falling short of needed capital investment

Beyond the recovery from the COVID-19 pandemic, the focus will be to provide sustainable long-term growth for the industry. While technology, aircraft size, load factors, and other capacity-mitigating measures can partially address constraints in the short-run, the key conclusion is that unaddressed airport capacity constraints will have real impacts on long-run future passenger flows. These capacity constraints require capital investment to remedy.

Failure to address capacity needs to realise projected 2040 passenger demand will have real socio-economic consequences. Based on the relationship between passenger travel and socio-economic outcomes, for every one million foregone passenger journeys due to airport capacity constraints in 2040, the global air transport industry would support 10,500 fewer jobs and $346 million less in GDP. Estimates of potentially foregone passengers due to unmitigated capacity constraints through airport capital investment suggests that up to 5.1 billion passengers may not be realised by 2040.

According to the International Council on Clean Transportation (ICCT), from an emissions standpoint, the aviation sector was responsible for about 918 million metric tons of CO2 in 20185. This represents about two per cent of all ‘humaninduced’ CO2 output.6 Airports – a subcomponent of global aviation – account for about two per cent of carbon emissions in the air travel sector.7

From an environmental and social standpoint, facilitating the transportation of billions of passengers and trillions of dollars of goods annually brings responsibilities for the global airport industry. The growth in passenger demand will put increased pressure on airports to expand capacity to accommodate and facilitate the traveller flows in a manner that aligns to environmentally sustainable targets, particularly decarbonisation goals, while also proactively fortifying infrastructure against emerging climate change and challenges to health and human safety.

Commitments to UN Sustainable Development Goals (SDGs)8 and decarbonisation targets will likely require additional medium- to long-term capital spending adjustments to achieve these sustainability, resilience, and emission-reduction goals. The steps required for airports to achieve decarbonisation goals are dependent on several factors that affect both CAPEX and Operating Expenditure (OPEX) decisions. Therefore, the capital investment pathway to reduce carbon emissions will differ by region and even by airports, and is highly dependent on the availability of clean electrical grid. For some airports, capital investments may be necessary in on-site renewables, as well as vehicle fleet to fully decarbonise, but the shift to cleaner electrical grids will represent the greatest gains in emission reductions, highlighting the importance of the access to ‘decarbonised’ electricity. The myriad of pathways toward decarbonisation goals are thoroughly described in the Long-Term Carbon Goal study published by ACI World.9

Airport infrastructure is key to the continued development of air transport which supports millions of jobs and provides social and economic development for the global communities we serve. Implications of falling short to address capacity needs suggest slower economic recovery and unrealised long-term growth, in addition to increases in unmitigated CO2 emissions.

The global airport community remains committed to effectively contribute to the UN SDGs. In the short-run, airport operators may require financial assistance and short-term loans to weather the COVID-19-induced economic storm. Governments will play an important role in supporting and incentivising recovery and to mitigate the risks of falling short on certain SDGs linked to airports and aviation.

Janik Gagné is Senior Director, Economic Analysis and Statistical Services, at Airports Council International (ACI) World, based in Montreal. He heads up the Economics and Statistics team within ACI World’s Economics Department. The team’s primary responsibilities include statistical and economic analysis of air transport and forecasting future air travel demand. He came to ACI World from Air Canada, where he worked in the airport development, revenue management, and cargo department for over 10 years. Gagné has Doctoral research work in Epidemiology as well as an MBA in Aviation Management.