Artificial intelligence to be a seismic technology for aviation 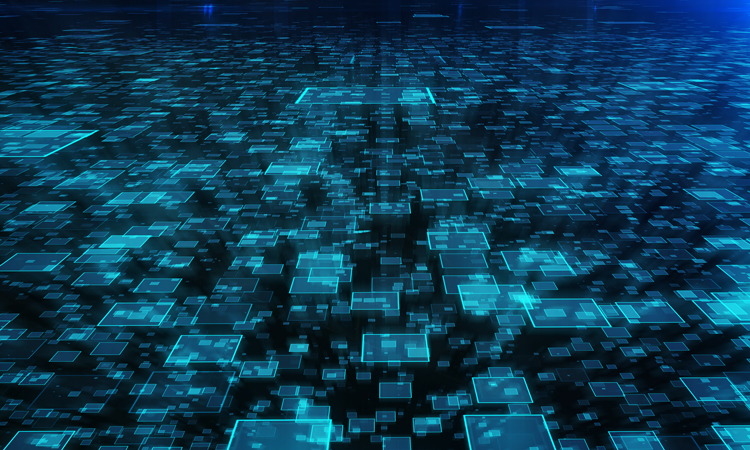 As hubs of intense operational activity involving thousands of inter-dependent tasks, airports are ideal candidates for new technologies that improve the smooth flow of people, planes and bags. Artificial intelligence (AI) could be a game-changer for airports. However, without some (human) intelligent forethought, it also risks being a costly disappointment. The real value of AI will only come from a sector-wide focused collaboration, from which AI’s cornerstone role tackling the sector’s most intractable issues is evolved. Fortunately, the industry is already laying its AI foundations.

AI, or machine intelligence (as opposed to human intelligence), is a branch of computing in which a system is capable of not only intuiting a decision based on its inputs, but also making the ‘right’ recommendation more often than a human, given the same inputs and adjusting its decision based on new inputs. At the core of an AI system or platform are the AI algorithms; the brain. An AI system and its algorithms are typically focused on solving or supporting a specific problem set.

Uses of AI in aviation

If AI is to be a seismic technology in aviation, it must achieve at least three goals

Finding applications for AI in an airport environment is relatively easy. For example, airports are already testing autonomous baggage tugs, semi-autonomous jet (boarding) bridges and drone flown aircraft inspections. At San Francisco International Airport (SFO), a trained AI algorithm is used to pilot the just-in-time scheduling of taxis to the airport in a ‘virtual taxi queue’.

But, for airports to only achieve one-off, or few-off, AI solutions would be to completely miss the larger opportunity for the sector. If AI is to be a seismic technology in aviation, it must achieve at least three goals. Firstly, it must play a leading role tackling one or more key industry issues. Secondly, it must realise significant enough potential to create a viable commercial market that fosters R&D in aviation AI and, thirdly, it must command industry-wide use, not just at a small subset of top-tier airports.

The predicted doubling in passenger volumes by 2038 and the demand that this will put on airport efficiency and effectiveness will be the unifying issue for the whole sector for some time to come. Algorithms that will take a myriad of airfield inputs and support real‑time or just-in-time gate allocation and airfield management decision support will prove immensely valuable to aviation leaders.

As airports add more gates and runways, new airport revenues will need to cover the long-term costs of expansion during this growth. CIOs and CTOs will be expected to employ AI-based solutions to develop new sources of revenue and optimise the commercial utilisation of airport assets. For example, there is considerable behind-the‑scenes activity developing so-called ‘flying cars’; two-to four-person airborne vehicles. A recent launch at SFO of the inter‑airport helicopter shuttle is a forerunner to autonomous airborne vehicles and their use as short-haul flying taxi services.

Finally, both safety and security will remain of paramount importance at airports. AI’s ability to learn about, look for patterns in, and raise awareness of specific situations, including human behaviour, can add tremendous horsepower to any organisation’s security and safety posture. AI that can detect and alert immediately about a passenger collapsing in a terminal, a child at risk of injury on an escalator or even a victim of human trafficking will be invaluable to the public and sector.

Getting AI solutions right will take preparation. The quality of any decision, including an AI-based decision, is a function of the quality of its inputs. Good AI solutions must get very accurate and comprehensive knowledge of their environment. Accurately detecting an environment through sensors and other means will, in many cases, require capital investment. Making the right decisions at critical points requires AI algorithms that possess the capability to process those complex inputs and a considerable investment in training the algorithms to learn responses to every possible scenario.

Such investment will not be worthwhile unless its use is appealing to the sector rather than one or two customers. This is not just to satisfy the commercial needs of AI vendors, but ensures that AI algorithms will continue to evolve. There must exist a feedback loop from a large pool of airports back to the vendors to ensure ongoing improvements to the algorithms. One algorithm continuously evolved on the basis of its use in 100 airports is exponentially more valuable than 100 algorithms used in each airport. Common data standards are central to developing sector-wide AI solutions.

AI algorithms require considerable processing resources to operate in the real-time airport environment. The current capabilities of cloud technology will allow algorithms to scale to simultaneously serve the biggest and smallest airports, each paying only for their respective use. The smallest will benefit from the learning of the largest, without paying the same cost.

How is the airport industry preparing for AI?

In the AI-enabled airports of the future, it is more plausible to envisage an environment where AI systems and humans work collectively to achieve a task

Under ACI World’s Airports IT Standing Committee, an ACI working group is developing data hub designs for airports of all sizes to capture and store sensor and other data. Another group is creating common data standards, which ensure that data inputs to algorithms are uniformly common across the industry – the foundational building block of industry-wide AI solutions.

As the aviation sector runs to embrace AI, consideration must be given to the impact of AI on the workforce. There are concerns about AI systems replacing humans in the workplace. AI will primarily support human decision making and will perform mundane repetitive tasks which are too challenging and, frankly, too boring for humans. In the AI-enabled airports of the future, it is more plausible to envisage an environment where AI systems and humans work collectively to achieve a task, rather than competing with each other for a specific role.

Used the right way, AI has considerable potential to be a change for good in the airport sector. It is not hard to imagine that algorithms that help deal with airports’ biggest challenges will be considerably more valuable that the software and systems that they run on. Algorithms will be the new software and will command this highest price. To unleash that value, vendors and airports must work together to develop common standards for data capture to feed algorithms and commercial concords that allow the ongoing research and development of algorithms in a vibrant AI algorithm marketplace that tackles the aviation sector’s trickiest issues.

Law is the Chief Information Officer (CIO) at San Francisco International Airport (SFO). His focus is on the transformative potential of technology in the industry and the leadership of change. He is a current and former chairperson of airport industry committees and working groups, and is a member of Airports Council International’s World IT Standing Committee. Law holds both Computer Science (BSc) and MBA degrees, and has worked in various information technology and business change, transaction and operations roles in both the public and private sector. 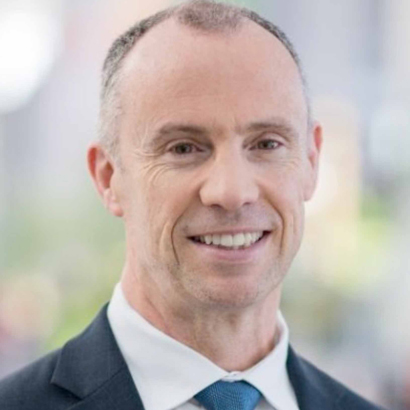