Susana Simão, within the Quality and Environment Department at Portugal’s ANSP, discusses the company’s plans to make the 2020s the decade of sustainability. 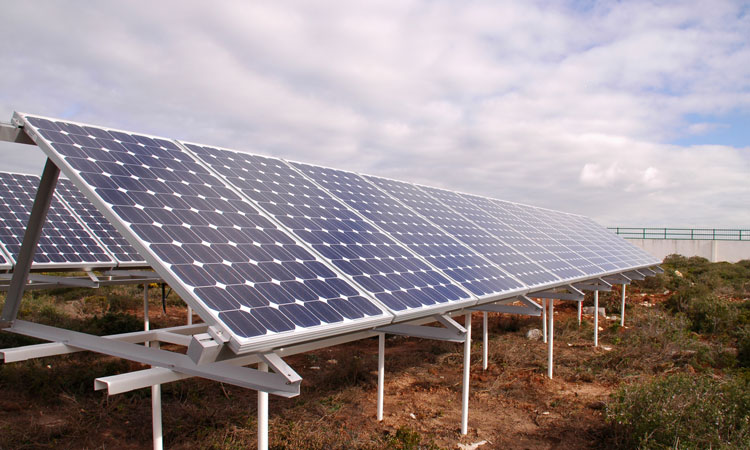 Aware of the concept of a circular economy and the growing environmental problem – which is of particular concern in the field of civil aviation – over the years NAV Portugal has implemented a series of initiatives with the aim of not only reducing its environmental footprint, but also that of the 800,000 flights it controls each year.

The most recent step on this long journey was taken in January 2020, attempting to mark out, with conviction, the idea with which the forthcoming years are to be met: That of making the 2020s the decade of sustainability.

Having addressed a series of major issues associated with energy consumption and wastage, and after implementing various consumption‑reduction initiatives regarding flight routes, Portugal’s ANSP also resolved to take a look at the habits of its over a thousand employees. The fight against waste must be applied on several fronts, and NAV decided to open up another one, an internal one, to pave a new way for a significant reduction in its carbon footprint.

Following several months of preparation, where the most financially advantageous environmental solutions were sought out and analysed, and after establishing the levels of internal consumption of plastic or coated paperboard cups and bottles, NAV Portugal distributed a total of 1,200 Ecobox kits to its employees and external workers. Inside each of these kits, the company provided a bottle, a cup for coffee and another for tea, each of which are made of glass and reusable. In addition to these containers, delivered in cloth bags, a small vase was added with a mint seed, intended to encourage the target group to contribute a little more green to the world. 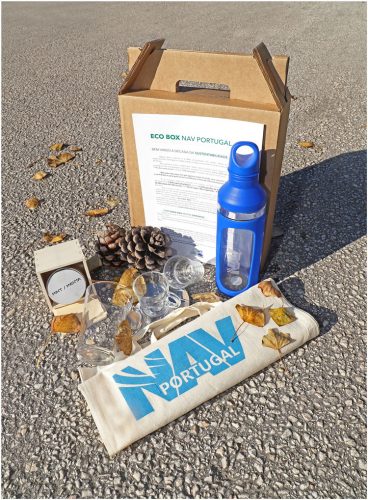 Although this initiative was envisaged most of all as a symbolic act – a message of concern to be given to the company’s personnel – as soon as the internal diagnostic stage of the environmental cost of consumption associated with these minor day‑to‑day habits began, it became clear that, as well as being a symbolic matter, this was to be an initiative that would have a significant impact.

After the collection of data from all of its installations – NAV Portugal has dozens of teams scattered across mainland Portugal, the Madeira and Azores Archipelagos – alarming figures were found on the excessive consumption of disposable materials within the company. In 2018 alone, more than 80,000 plastic bottles, 90,000 plastic cups and 400,000 cardboard cups were used. Just for the 90,000 plastic cups, this represents more than 200kg of plastic. Therefore, what began as a ‘good idea’, quickly became a matter of urgency – and it really was.

However, despite the logistical problems which were quickly overcome, the initiative – although widely applauded and well received by the company’s personnel – was not implemented without resistance. The aim was to change long-established habits and, as a result, the first few days were not easy for some members of staff.

How was coffee, tea or water to be served to occasional or regular visitors? What to do for refreshments during meetings? Who should wash the cups afterwards? If everyone washed their own, who would be responsible for those used by visitors? All of this without considering the number of times that someone uses the coffee machine or the water dispenser without taking their cup, thinking that they would find a disposable cup waiting for them. That was before – not anymore! Fortunately, and as might be expected, gradually the resistance and the minor inconveniences arising from the structural change to internal consumption habits that NAV Portugal decided to implement were overcome.

The environment and circular economy

The concept of a circular economy, being the alternative to the linear economy, is a key element to encouraging the disassociation between economic growth and the increased consumption of resources, as it replaces the concept of the end‑of‑useful life with new and circular flows for the same resources. This has been in NAV Portugal’s concerns for some time now.

Since 2010, the company has implemented and certified an Environmental Management System within the scope of the ISO 14001 standard. Over the past 10 years, NAV has launched a range of initiatives for the improvement of its environmental performance, including: The installation of wind, photovoltaic and thermal units for the generation of power; the installation of intelligent irrigation systems; the replacement of existing lighting with LED lighting; the purchase of hybrid/electric vehicles; the replacement of hard copy manuals with tablets; and the encouragement of practices leading to the reduction in the use of paper.

It is, as a result of these measures, now possible for NAV to produce statistics that are a source of pride: Between 2010 and 2019, energy consumption has fallen by seven per cent, in spite of air traffic controlled by NAV having rocketed by 50 per cent in the same period. Water consumption has been cut by 44 per cent, the vehicle fleet now consumes 30 per cent less fuel and paper use has been reduced by a third. We cannot, however, rest on our laurels – we need to increase our efforts.

For the future, there are a variety of measures that NAV is considering applying. The strengthening of renewable-energy sources, the installation of chargers for electric vehicles, the installation of water dispensers connected directly to the water supply, improving document and storage management, further composting of waste, and more.

As stated above, the fight against emissions is fought on several fronts and for a company that is closely associated with civil aviation, how NAV helps aircraft to save emissions per each flight is truly significant. As a result, the company is also committed to the continuous improvement and optimisation of the network of routes it manages.

The pioneering posture of NAV Portugal in this area is important, having launched the ‘Free Route’ concept in 2009 in the Lisbon flight information region (which includes Mainland Portugal and the Madeira Archipelago airspace). Free Route allows the airline to select the most efficient route, rather than having to stick to pre-established routes, as used to be the case. At the time of the introduction of this project by NAV, it was estimated that it would lead to an annual saving of 27,000 tonnes of CO2 per year in aircraft emissions overflying the Lisbon FIR. 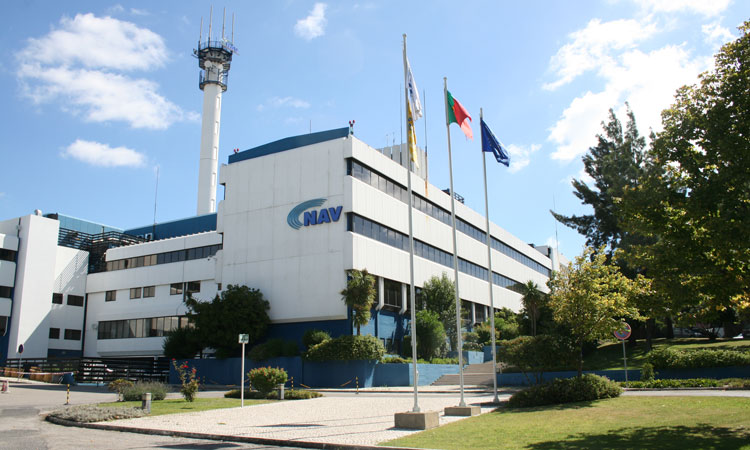 In this same area, there are other projects that NAV is involved in, which should produce results over the coming years – like the projected implementation of the Point Merge System in Lisbon, which is estimated to save 15 per cent on carbon emissions for aircraft flying to/from Lisbon.

As well as Point Merge for Lisbon, NAV is currently working on optimising routes within the Santa Maria FIR, involving Lisbon, New York and Casablanca FIRs. In the operational field, several projects are in the development stage – including new procedures for Lisbon, Faro, Cascais, Porto Santo, Flores, Graciosa and Pico, improvements to the missed approach procedure in Lisbon or the implementation of continuous descent profiles in the Santa Maria terminal area.

Bringing it all together for a joint effort

Whether internally with its own personnel, or externally with customers, over recent years the Portuguese ANSP has sought to be an active participant in the campaign to reduce emissions attributed to the civil aviation industry.

Over the coming years, to promote the company’s ongoing commitment to the environment and in line with its Quality and Environmental Policy, NAV Portugal will continue to actively collaborate with its stakeholders to encourage and find the best practices that contribute to the protection of the environment. In this sense, the development of projects with integrated solutions that contribute to the promotion of operational efficiency are fundamental to fulfilling these objectives, along with the implementation of measures to improve the efficiency of the consumption associated with its installations.

Susana Simão is a graduate of Environmental Engineering from the School of Science and Technology at Universidade Nova de Lisboa, holds a Master’s in Energy and Bio‑energy from the same institution, and worked in the bio-energy field for the Portucel Group, before joining NAV Portugal in 2009. Currently, she works at NAV Portugal, reinforcing the Quality and Environment Department. 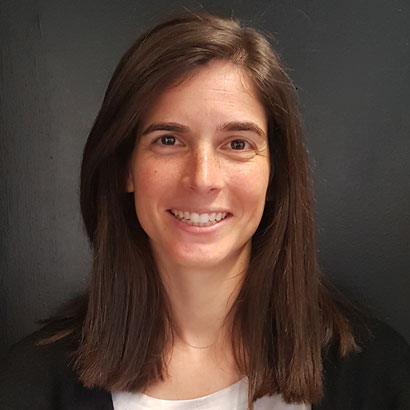 Enabling the efficient delivery of the future COVID-19 vaccine