Putting the passenger first with new technologies at Indonesian airports

Gidionton Siagian from Angkasa Pura I Airports explained why the future of airports will be based on passenger experience, automation and biometrics; an insight into the technology trends in Indonesia. 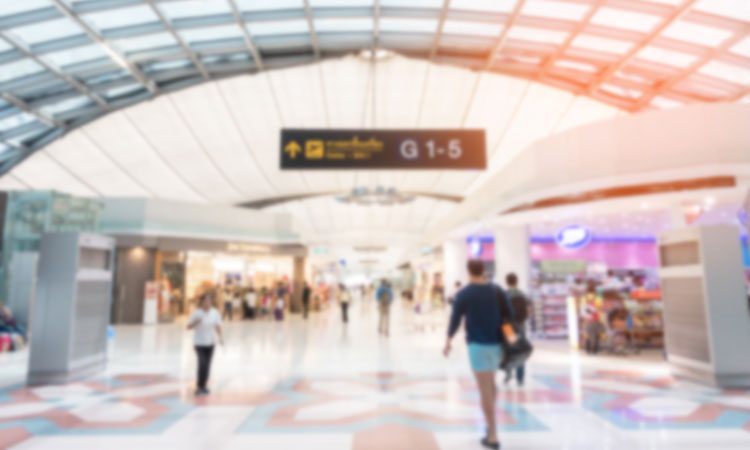 The Airport IT and Security conference 2019 (AITS) attracted delegates from all around the world to discuss some of the biggest topics facing the airport sector, as well as share experiences and future plans. There, International Airport Review met Gidionton Saritua Siagian, Vice President Information Technology at Angkasa Pura I Airport, to find out what new technologies some of the biggest airports in Indonesia were implementing and how they are focusing on the passenger.

The implementation of new technologies

“We have just implemented Auto Gate in Bali, which means that some people that come in and out of our countries can go through immigration lines without a security officer,” said Siagian when we asked what new technologies they are implementing. “So, they can just put their passport down and then the Auto Gate will verify them in the system and they can pass through. There is still security, but we provide those two options currently. They can go to the officers or they can go to the Auto Gate. That’s our pilot project and soon we will deploy it to the other big airports.”

Angkasa Pura is responsible for the management of airports in Indonesia and according to recent figures, the airports have had capacities of 30,700,440 people, but the movement was 49,237,437 passengers. Are new technologies like the Auto Gate been put into place to help with passenger movement, and more importantly, is it working?

“Yes,” confirmed Siagian. “The reason for doing this is because we want to make sure that the passengers can have a quick queuing experience. Looking at the current immigration lines, sometimes it makes passengers really stressful. It’s why we are going to improve the passenger experience through the Auto Gates.”

But that’s not the only new digital initiative that Angkasa Pura Airports is putting into place to ensure passengers aren’t spending all their time in their airports queuing: “We also implemented what we call X-ray grade three. That means that the gate is able to detect some other objects that cannot be detected with our common x-rays. They can detect some liquids, for example, and that x-ray will automatically distinguish whether this is safe baggage or not. So there is no pause during x-ray checking or x-ray scanning: It’s zero pause.”

Airport IT & Security, International Airport Review’s annual conference, gathers industry leaders from across the globe to discuss hot topics with airport IT, including use of artificial intelligence, data-sharing, robotics and digital identities. Register your interest for Airport IT & Security 2020 now!

Many airports are turning to facial recognition to help improve passenger flow, and this is also a focus for Angkasa Pura Airports.

“We are planning to implement facial recognition to replace manual checking of passport or boarding passes as this usually takes time and yet again the queuing line becomes longer and longer. So, with facial recognition, we would basically like to connect it with our national identity agency. When passengers come into the airport, they just look at that screen, and the gate will open if the passenger is in the PNR system.”

Biometrics and facial recognition, though undoubtedly beneficial in regards to passenger flow, does come with privacy issues. The U.S. Customs and Border Protection (CBP) for instance, is using two-factor authentication and strong encryption to transfer data and it discards the photos of U.S. citizens no more than 12 hours after their identities have been verified. Furthermore, CBP’s approved partners are not permitted to retain any photos taken through this process for their own business purposes. But how will Angkasa Pura Airports ensure privacy for its passengers?

“There is a separate body in the government that we need to talk to, and also the Ministry of Transportation,” Siagian said, admitting that facial recognition and biometrics is a big undertaking, but one that needs to happen. “We have to adopt it, but we just need to make sure that it is under our regulations. We need to prepare for it and work with the government because sooner or later every airport will have these kinds of systems. It’s just a matter of time.”

Basing the future of airports on its passengers

“The way I see it, in the future, airports will be much more passenger-centric, meaning that the passengers will be entertained to a level where the technology will assist them before departure and after arrival,” Siagian explained. “For example, Incheon Airport also showed that they are focusing on automation for the passenger. We can send our luggage to the airport even a couple of days before departure. We can go to our mobile applications where we can ask the agency, or somebody else, or any company to deliver our luggage to the airport. So going to the airport will be hassle-free. We just need to bring our own selves, right?

“We have had discussions already in Indonesia about implementing new technologies like automation in our airports, but we are surprised that it’s already there in so many other airports. I believe it is not a dream and it will become true, and soon. This technology trend is real and we cannot just dream about it – it needs to work.”

We speak about trends a lot in the airport sector and heavily discuss what we believe are the future of airports, but does this mean that Siagian believes we are moving on from discussion to actual implementation soon?

“These changes will be very quick. We never thought, in Indonesia, that we’ll have electronic payments. Just a couple of years ago we were not confident that we would ever use a mobile phone to make payments. But, when it entered the market, everybody followed it and used it. So, I believe the same will happen with these new technologies in the airport sector.”