New concepts could increase airport capacity by 10 per cent

Staggered threshold approach concepts combined with new tools show a potential for achieving an increase in airport capacity of up to 10 per cent. 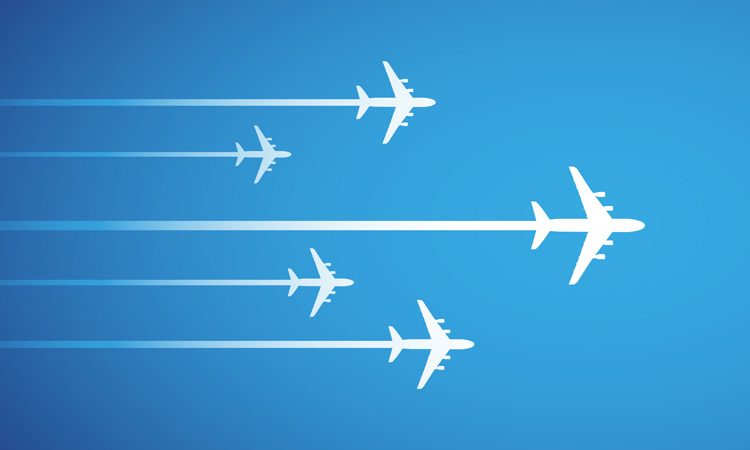 For arrival aircraft on parallel runways with staggered thresholds, a reduction of the wake separation minima can be achieved thanks to the height difference between the glideslopes.

Expected benefits are twofold. Firstly, the aircraft noise footprint can be moved closer to the airport area for aircraft flying on the upper glide, reducing noise impact on the population in the approach area. Secondly, an increase in capacity throughput of up to 10 per cent can be achieved as separation minima can be reduced for some aircraft pairs.

For departures, air traffic controllers use a dynamic departure indicator (DDI) tool to manage departure separations and applicable spacing constraints between outbound traffic in the terminal control area (TMA). The tool computes distance and time-spacing indicators and helps the tower controller to accurately and safely deliver the required time or distance spacing minima between departing aircraft.

The DDI tool is based on aircraft performance models of speed and climb profiles, calibrated on Radar and Mode-S tracks, refined with machine-learning techniques.

Results of the departure validation show that in using the decision support tool, air traffic controllers were able to safely reduce the time between departures, increasing departure throughput, with no under-spacing events.

Further work will be undertaken to mature these concepts so as to underpin the development of safety, requirement and guidance material for inclusion in the EUROCONTROL runway throughput package by 2022.

For a major European airport like Paris Charles de Gaulle, the new concepts, combined with the tools, can deliver significant benefits for departure and arrival peak periods and can make for a 10 per cent increase of runway capacity. They also bring an added benefit of improved predictability.

If the maturity and relevance of the concepts and their associated tools are confirmed, EUROCONTROL will incorporate them into its runway throughput package to drive runway performance improvements at European airports.