Posted: 22 May 2019 | International Airport Review | No comments yet

It is undeniable that to develop tourism, attract inward investment and create local jobs, a successful airport is a necessity, which was a key discussion at the 12th Annual ACI Europe Regional Airports Conference & Exhibition. 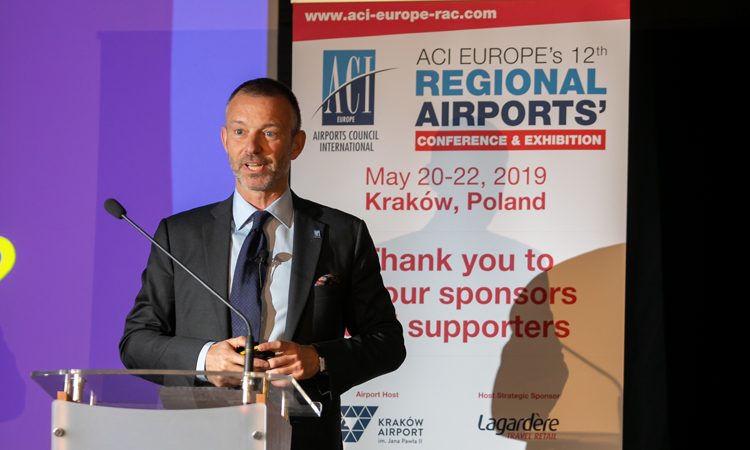 Over the past 10 years, regional airports in Europe have welcomed an additional 251 million passengers – more than the annual traffic of Europe’s three busiest airports (London-Heathrow, Paris-CDG and Amsterdam-Schiphol).

Through proactive route development strategies involving incentives and rebates to airlines and competing with other airports across Europe for direct/point-to-point air services, they have boosted the direct connectivity of their communities by 28.8 per cent since 2014.

Olivier Jankovec, Director General, ACI Europe, said: “Regional airports are putting hundreds of local communities not just on the European map but also on the global one. They are essential – and in most cases irreplaceable – engines of economic regeneration and development”

Radosław Włoszek, CEO Krakow Airport, said: “As the largest regional airport in Poland, now serving over seven million passengers a year, Krakow Airport was delighted to host this year’s Regional Airports Conference. Due to our hard work to develop the region’s air connectivity we have nearly doubled the number of air services and our traffic numbers in the past five years. Now, our airport offers more than 130 direct connections. Our absolute focus on enhancing our region’s connectivity will result in 39 new connections in 2019, helping us to deliver a robust 17 per cent annual passenger traffic growth.”

But while regional airports bring undisputed benefits to their communities, they also face significant challenges.

Economic sustainability remains an on-going concern for many regional airports in Europe – especially at a time when the European Commission is reviewing its State Aid Guidelines. Sixty-one per cent of airports handling less than five million passengers per year are loss making – with that percentage rising to 71 per cent for those with less than one million passengers.

Jankovec commented: “Traffic levels largely shape the cost and revenue profiles of airports and thus directly impact profitability. Smaller regional airports are clearly at a disadvantage. They lack economies of scale and incur significant sunk costs – and also generate lower commercial revenues than larger airports. These are defining structural factors which the Commission will need to keep in mind in the review of its state aid guidelines.”

In the wake of the UN IPCC’s report published in October 2018, the impact of air transport on climate change has become the subject of intense scrutiny. The report calls for urgent action to limit global warming, in line with the objectives of the Paris Agreement.

Jankovec continued: “There is no doubt that aviation collectively needs to up its game when it comes to climate action. But, while taxing aviation to curb demand looks like an easy fix for some, the reality is that it does little if anything to decarbonise air transport. In fact, it would primarily impact regional connectivity, hurting smaller communities and lower income citizens across Europe. Air routes serving smaller regional airports would be the first to be axed, as these are typically the least profitable for airlines.”

To conclude he added: “Taxing aviation raises serious issues of social and territorial inequality – the very themes that are driving public debates and politics across Europe right now. Doing so would actually question the core EU objectives of fostering cohesion and economic integration. It is an unavoidable fact that these objectives rely on affordable and extensive air connectivity. The challenge of greening aviation deserves better than that. It must be addressed in an effective and inclusive manner.”