Posted: 8 May 2019 | International Airport Review | No comments yet

EUROCONTROL has been reappointed as Network Manager of the European skies by the European Commission for the next decade. 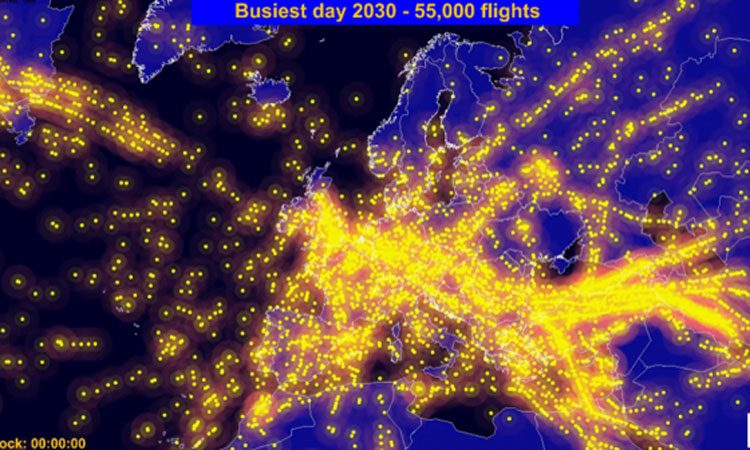 In an important step for all actors in European aviation, the European Commission has reappointed EUROCONTROL as the Network Manager for the air traffic network functions of the Single European Sky for 2020-2029.

The decision builds on the achievements of the EUROCONTROL Network Manager in delivering on its initial mandate from the European Commission: EUROCONTROL has been successfully managing the European network since July 2011. The current mandate runs until the end of the Performance Scheme’s second Reference Period, 31 December 2019; the new mandate will cover the third and fourth Reference Periods.

Eamonn Brennan, EUROCONTROL DG, said: “This is an important vote of confidence from our partners in the European Commission, and clear recognition of the value we bring to the role. The EUROCONTROL Network Manager plays a fundamental role in managing capacity and mitigating many of the causes of delay across a huge network. To do so, we work hand-in-hand with all actors – air navigation service providers (ANSPs), airports, and civil and military airspace users – across our airspace of 43 states.

“By taking a strategic, network view, we make a real difference to the overall performance of the system, helping to make routes more efficient, balancing demand and capacity on a network basis, forecasting, monitoring and analysing network performance, and dealing with network challenges centrally – be they due to weather, major events, hotspots or crises. By partnering ANSPs we are able to deliver real operational improvements: The ambitious seven point plan devised to minimise delays in summer 2019 builds on the great work last summer which saw the NM save five million minutes of delay – a massive mitigation achievement in what was an extremely challenging year for the network.”

The role and responsibilities of the Network Manager role are set out in the EU’s revised Network Functions Regulation, which clarifies how the Network Manager as an EU-nominated body must aim at continuous improvement of network operations, and mitigate capacity issues. As the operational arm of the European Commission’s Single European Sky, the Network Manager is a transversal central function that manages air traffic management network functions such as European Route Network Design, air traffic flow management and coordination of scarce resources (radar transponder codes, radio frequencies) as defined in Commission Implementing Regulation (EU) No 2019/123.