The expansion project at Chicago O’Hare is expected to cost $8.5 billion and is hoped to increase the ease with which passengers travel through the terminal, increasing the passenger experience. 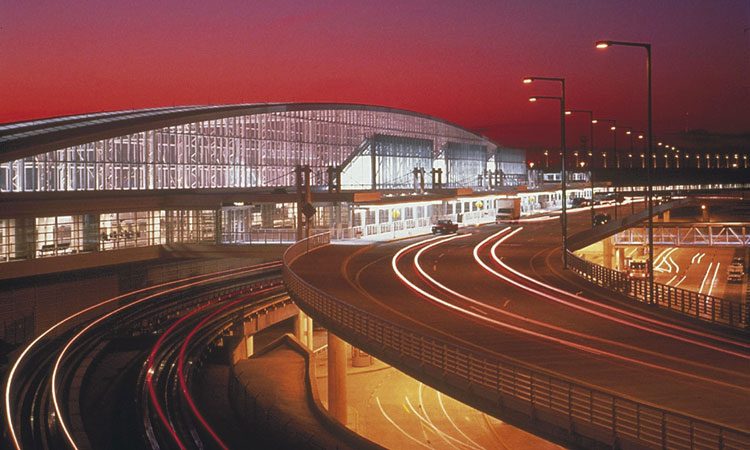 The City of Chicago has announced the selection of an architect team to lead the design of the unprecedented $8.5 billion expansion programme for O’Hare International Airport. Studio ORD has been selected to design the new O’Hare Global Terminal and Global Concourse. Studio ORD will work with the City of Chicago and the airlines to design the new Global Terminal and Concourse. 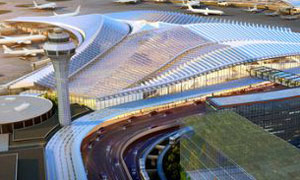 This expansion is expected to elevate the travel experience for more than 83 million passengers relying upon O’Hare each year, and will create tens of thousands of jobs for the community. The expansion will be paid for by airport revenues, not taxpayer dollars.

Chicago City’s Mayor, Rahm Emanuel, commented: “The City of Chicago called upon teams from across the city and around the world to lead O’Hare’s historic expansion, and Studio ORD answered that call. During this historic competition, the world’s best architecture firms submitted their incredible visions for the world to see – with each of these five world-class designs strengthening our plans to bring O’Hare into the 21st century. We congratulate Studio ORD who has proven they have the experience, expertise, and the talent needed to work with the City of Chicago as we usher in a new era at O’Hare.”

At 2.2 million square feet, the new O’Hare Global Terminal will be one of the largest terminals in the nation. It will more than double the space at Terminal 2, replacing it with an expanded, light-filled arrivals hall which will feature: additional gates; more space for concessions, lounges and public amenities; state-of-the-art new baggage systems; and advanced new technologies to improve security screening. 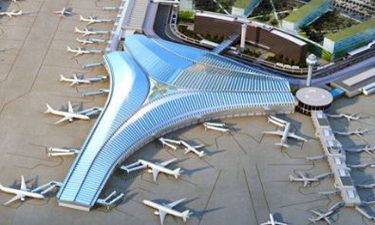 Commissioner Jamie L. Rhee, said: “The selection of the team to design the O’Hare Global Terminal represents a first step forward in redefining the experience for travellers around the world. While we congratulate Studio ORD, we applaud all of the teams for bringing forward incredible proposals, and thank the public for their input in this process. This project is a game changer for Chicago, and we look forward to ongoing stakeholder engagement from the airport to the neighbourhoods as we embark on our historic expansion.”

For the first time at O’Hare, the new Global Terminal will integrate international and domestic operations, allowing travellers to more easily connect to domestic flights from destinations around the world from under one roof. Additional gate capacity will allow O’Hare’s dual hub partners, United and American Airlines, and their alliance partners to grow at O’Hare, resulting in greater connectivity and competitive pricing for travellers.

Oscar Munoz, CEO of United Airlines, said: “Throughout its history, Chicago architecture has always brought form and function together and is the reason why Chicago is known as the ‘City that Works’. We at the United family are thrilled to see that tradition continue and another gem added to Chicago’s architectural crown with the unveiling of the new design for one of the city’s most important landmarks: O’Hare. This selection is the result of a collaborative process that has elicited a talented team of architects with a vision for a modern O’Hare – one that mirrors the vital role it will play in the future growth of the City as well as improving the service to the millions of customers who will get to enjoy the airport’s world-class amenities and architecture.” 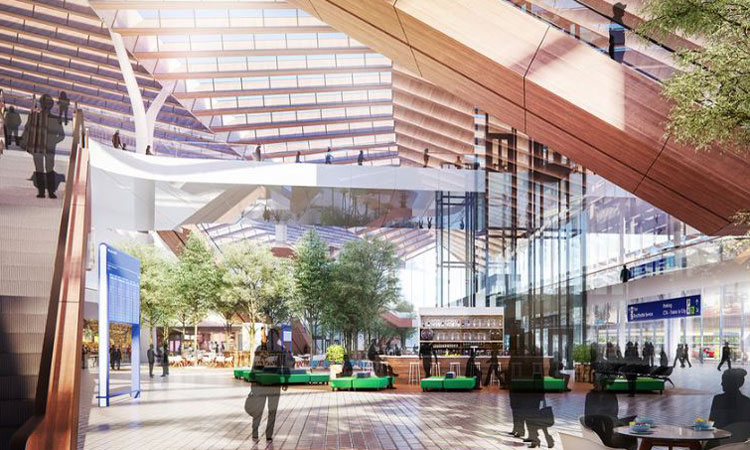 American Airlines Chairman and CEO, Doug Parker, said: “This selection ensures that O’Hare’s future is bright as an airport leading globally in design, amenities and the customer experience. American is appreciative of the thoughtful approach our partners at the City of Chicago brought to this process and we look forward to our continued collaboration.”

Chief Procurement Officer, Shannon E. Andrews, said: “After an intensive procurement process, the City has selected the top scoring team to deliver the design for O’Hare Global Terminal. We are excited that the winning team has committed to substantial mentor-protégé agreements as part of their plan, to ensure that local firms will benefit from the economic activity of this major project.” 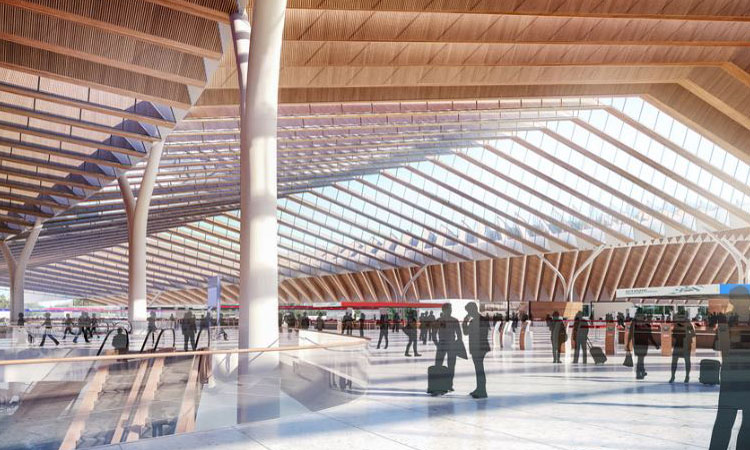 The O’Hare terminal expansion programme represents an unprecedented opportunity for local participation, including contracting opportunities at all levels and tens of thousands of jobs that have been forecast for the program. In addition to the City’s goal for a minimum of 30 per cent of work for M/WBE firms, Studio ORD plans to facilitate seven mentor-protégé partnerships to support small and local firms in gaining airport experience.

The firm with the highest cumulative score was selected by an evaluation committee in accordance with the RFP. The RFP called the lead architect to be selected based on multiple criteria, including its ability to meet budget and schedule requirements, airport regulatory requirements, and local participation requirements. Additional criteria included sustainable design plans which required that the O’Hare Global Terminal and Global Concourse be built to qualify for a minimum of LEED Gold Status. 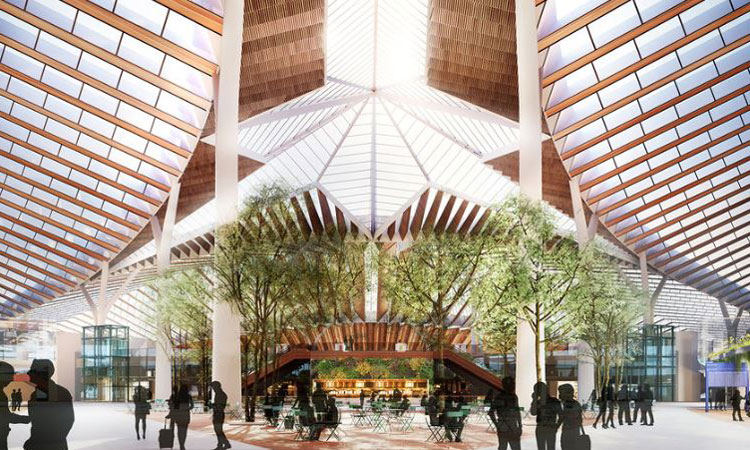 This project created a unique opportunity for public feedback, and an unprecedented level of transparency as part of the City’s first terminal design competition. More than 41,000 surveys were cast by residents and travellers after terminal designs were unveiled to the public at the Chicago Architecture Centre earlier this year. The public’s feedback was incorporated in the evaluation committee’s review and selection of the lead architect. 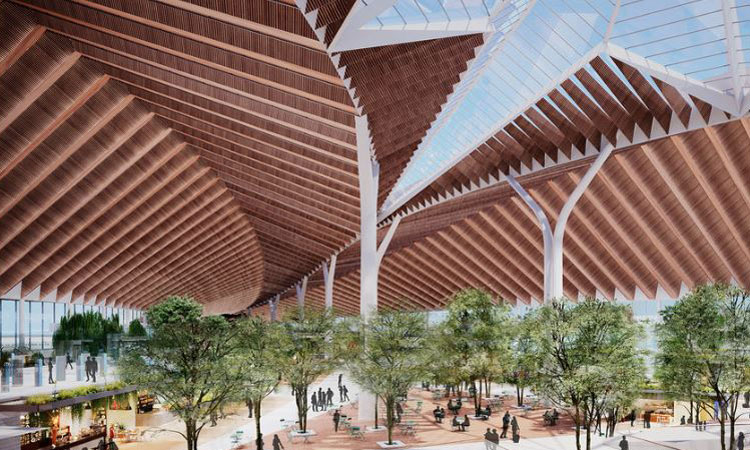 Since 2011, Mayor Emanuel has made it a top priority to ensure Chicago’s airports are not only some of the busiest, but are among the best in the world. By introducing some of the biggest capital projects underway in U.S. Aviation, the Emanuel Administration has worked to improve capacity, connectivity and efficiency across both O’Hare and Midway International Airports. More than $11 billion in airfield, passenger terminal and infrastructure investments have been approved at Chicago’s airports under Mayor Emanuel’s tenure. These investments will create new opportunities for residents, including tens of thousands of new jobs and other long-term economic opportunities to benefit Chicagoans for years to come.