A new lanyard system at Cork Airport is hoped to allow people with hidden disabilities to gain the help they need to better navigate the airport. 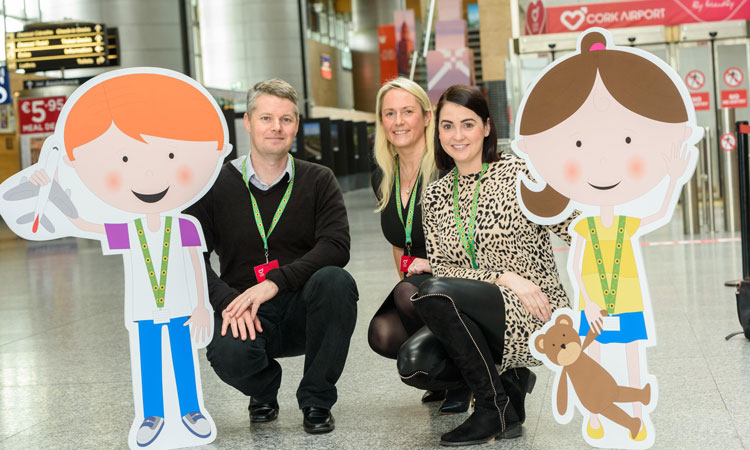 Cork Airport is the first airport in the Republic of Ireland to roll-out the sunflower lanyard initiative which supports passengers with hidden disabilities. The discreet identification scheme, recognised in key global airports including London Heathrow, provides those with hidden disabilities the opportunity to avail additional support.

The project is part of an initiative by OCS, a large provider of passenger assistance services worldwide.

Speaking on the new scheme, Deirdre O’Donovan, Operations Manager at Cork Airport, said: “We are entering our fourth consecutive year of growth, and with an increase in our passenger base comes an expansion of services to meet demands. I am delighted to be leading the launch of a hidden disability lanyard as part of Cork Airport’s ongoing Hidden Disabilities Programme. We are always looking to improve the facilities on offer to our passengers and we hope that the introduction of the lanyard will make it a little easier for those of our passengers in need of little more assistance on their airport journey.”

The sunflower lanyard, available at the OCS desk in the Cork Airport terminal, is easily recognisable to all staff across a wide number of airports.

This is Cork Airport’s latest initiative to assist those with invisible disabilities. Last year, the airport became the first major travel hub in Ireland to adopt new signage for accessible toilets. Cork Airport also named Shine Centre for Autism as its 2018 Charity of the Year, which included a commitment from Ireland’s second busiest airport to build on its existing autism initiatives. This included the provision of books from the Suzie series by Charlotte Olson, intended to help children with autism cope with new situations. The books are also available at the airport’s OCS desk.

Barry Gregg, Airport Service Manager – OCS Ireland, stated: “OCS Ireland is very proud and honoured to have assisted Cork Airport with the setup and implementation of this wonderful scheme. It is yet another example of Cork Airport’s commitment to being a truly accessible airport for all travellers.”