As more passenger arrive at Gatwick, the airport works hard to mitigate the knock on effects, such as noise pollution. 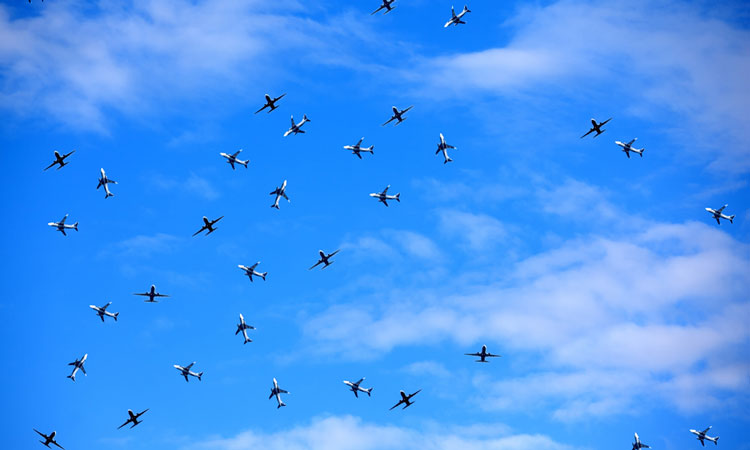 London Gatwick has announced that it has welcomed 46 million passengers in the last 12 months – the first time ever the airport has achieved this passenger milestone.

Gatwick has been able to serve more passengers whilst at the same time reducing the number of local residents within the airport’s noise footprint.

The area in the airport’s noise footprint, the standard measurement 57dB leq contour, has reduced by nine per cent since 2008 while numbers of flights in the last decade have grown nine per cent. This reduction has been driven by many of the airport’s new routes being flown by new generation aircraft, for example the Airbus A320neo – aircraft which are up to 50 per cent quieter on departure than the current models which they are replacing.

More recently Gatwick has focused on incentivising airlines to modify their current aircraft fleet. 97 per cent of the Airbus A320 family of aircraft flying from Gatwick, which account for half of all of the airport’s flights, have been modified to reduce noise. This modification was a significant factor in reducing the airport’s noise footprint by three per cent in the last full calendar year according to independent noise analysis by the Civil Aviation Authority, despite a three per cent increase in traffic over the same period.

New generation aircraft, such as the Airbus A320neo, will be phased in over the coming years so that Gatwick estimates around 30 per cent of its fleet will comprise new, quieter aircraft by 2022, 60 per cent by 2027 and 90 per cent by 2032.

Passengers have flocked to new destinations from Gatwick, including Taipei, Buenos Aires and Doha in the last year, while the airport has a new connection to Shanghai, starting from December 2018.

In response to passenger demand for Gatwick’s global connectivity, the airport has published its draft master plan, setting out the airport’s vision for growth to the 2030s.

The publication of Gatwick’s draft master plan reflects Department for Transport guidance for airports to provide regular updates on their long-term plans, and responds to the Government’s recent call for airports to ‘make best use of their existing runways’.

London Gatwick Chief Executive Officer, Stewart Wingate, said: “We are delighted to have welcomed 46 million passengers to Gatwick in the last year which is testament to the hard work and innovation of all staff working at the airport. At Gatwick we work hard with our airlines to ensure that the higher passenger numbers using the airport, attracted by new and improved services, are balanced by noise improvements for our local neighbours. Our ambition to be the UK’s most sustainable airport has already seen us become the first carbon neutral London airport and also the first airport to achieve zero waste to landfill. In response to passenger demand for Gatwick’s global connectivity, we have published the airport’s draft master plan, setting out our vision for growth to the 2030s. We are now seeking feedback from the public, including our local neighbours and our airport partners on this draft master plan, as we seek to fulfil our role for the country, in the most sustainable way.”

Cork Airport to rely on electricity entirely from Electric Ireland