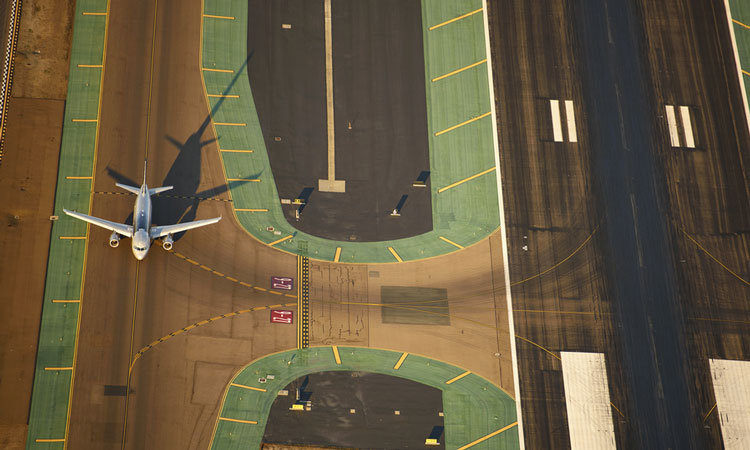 SAN was one of only eight airports, airlines and individuals worldwide to win an Airports Going Green Award, presented by the Chicago Department of Aviation. The three programmes at SAN that were recognised by the award are:

This programme reduces greenhouse gas emissions from transportation network companies (otherwise known as ride share companies such as Uber and Lyft) operating at SAN. It offers incentives for these companies to reduce emissions by using more fuel efficient vehicles such as hybrids, the use of alternative fuels, and trip reduction (i.e. carpool and rematch). Each company that meets the established target for emissions reductions receives a discount on the fee they pay for each airport trip. This has resulted in emissions reductions of up to 30 per cent by some participating companies.

Launched by SAN in 2015, this non-profit collaboration of airports allows air travellers to purchase carbon offsets that help balance out the environmental impact of their flight. Each two dollar purchase offsets 1,000 miles of air travel, with the proceeds going toward projects such as wind farms, wetlands restoration and forestation that help keep greenhouse gases out of the atmosphere. Since inception, The Good Traveller programme has offset the impact of 135 million miles of air travel.

This programme diverts food waste from the landfill and donates edible food to those in need. This is accomplished through an airport-wide composting effort that collected more than 365 tons of food waste in 2017. Additionally, more than 54,000 pounds of food were donated to worthy causes, equalling more than 4,000 meals.

Dennis Probst, SAN’s Vice President of the development, said: “San Diego International Airport is shoulder-to-shoulder with three of San Diego’s oldest residential neighbourhoods and also San Diego Bay, so we take our responsibility as an environmental steward and committed regional partner very seriously. We could not be more pleased and proud that our efforts have been recognised with this prestigious award.”