London Gatwick has recorded the busiest September in its history, with 4.5 million passengers travelling through, and as passenger numbers continue to rise, Gatwick was also recognised by the Carbon Trust for its significant carbon footprint reduction last year. 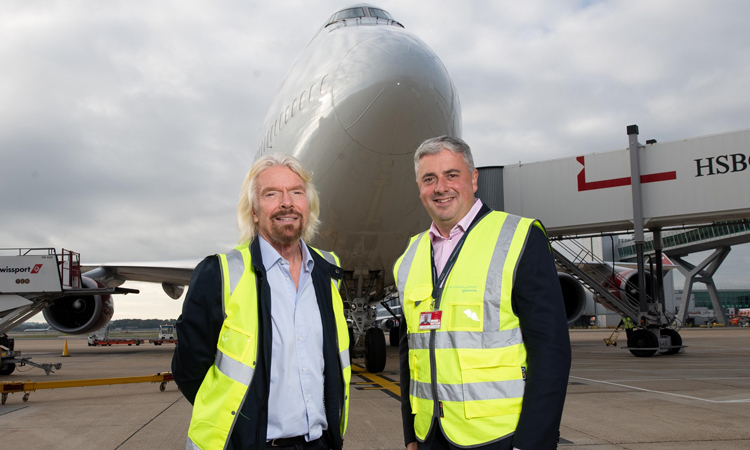 The UK aviation milestone was celebrated with Virgin Atlantic, welcoming the world’s first commercial flight to use next generation fuel made from recycled waste carbon gases.

As the Carbon Trust named Gatwick the UK airport with the biggest combined reduction of operational carbon, water and non-recycled waste last year, total passenger numbers grew by 14,800 – a +0.3% increase – compared with September 2017.

North Atlantic routes saw high growth rates, +20.5% overall – with Denver, Boston and Fort Lauderdale proving particularly popular, up +215.4%, +71.3% and +47.9% respectively. Gatwick’s long-haul network continues to go from strength to strength, growing by +18.1% in September. This is having a direct impact on the airport’s cargo growth, with tonnage +17.4% year-on-year.

Other long-haul routes with noticeably strong growth in September included Kigali, Rwanda – which grew by +51.5%, around a year and a half after its initial launch by RwandAir – and Hong Kong, with passenger numbers up +4.2%.

In terms of short-haul routes, Vienna continues to surge, up +130.1% in September, thanks to a new Level service launched earlier this year. Edinburgh was the domestic route with the highest growth rate, rising by +5.9% year-on-year.

Stewart Wingate, CEO of London Gatwick said: “Sustainable growth remains a top priority at Gatwick. It’s therefore encouraging to achieve another month of healthy growth in passenger numbers, while at the same time being recognised for our commitment to reducing carbon, water and non-recycled waste on-site.

“Ensuring Gatwick has the capacity to grow sustainably in the decades to come is the key to a prosperous future for the South East and the UK as a whole.

“With our long-haul network thriving, we’re in a strong position to support a post-Brexit Britain, when long-haul connections to countries like China will be more important than ever before.”