As cargo throughput continues to grow significantly at the airport, the Hungarian hub will expand its handling capacity to further develop its role as the leading gateway in Central Eastern Europe. 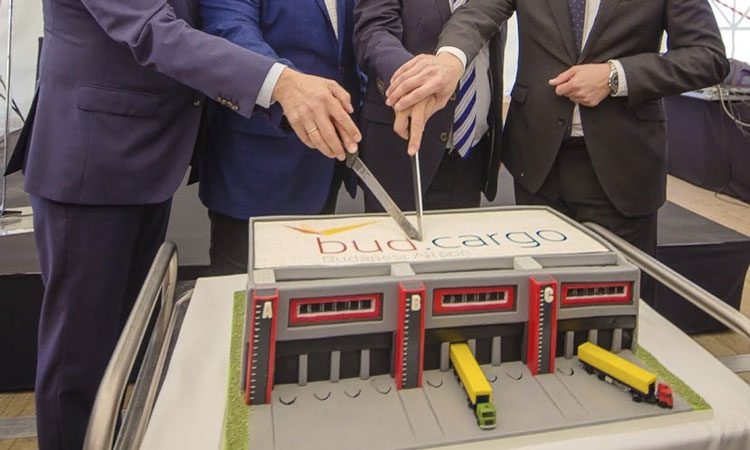 The €32.6 million investment into a new 20,000m2 cargo handling facility and new dedicated B747-8F freighter stands, will centralise cargo operations and expand the airport’s handling capacity to handle increasing air cargo volumes at BUD in the years to come.

After a significant cargo volume development of 39 per cent over two years, BUD processed a record 127,145 tonnes of cargo in 2017, and has seen a further 15.5 per cent increase in tonnage between January and August 2018 compared to the same period in 2017.

As part of the BUD:2020 Development Programme, Budapest Airport opened two state-of-the-art express facilities in 2017 with a total area of 16,000m2 in order to supply increasing volumes from the express and e-commerce business.

René Droese, Executive Director Property and Cargo at Budapest Airport, said: “This is an exciting milestone for the Hungarian cargo community. Following on from our infrastructure developments for the integrator market, our aim is to provide the ideal environment for air cargo with our Cargo City project. With the start of AirBridgeCargo and Silk Way West Airlines services in 2018, we now have five freighter operators at BUD. Volumes from our existing full-freighter partners, such as Cargolux, Turkish Cargo, and Qatar Airways Cargo, are also increasing. The cargo connectivity of BUD is also continuously expanding via the new belly cargo services of LOT, American Airlines, and Qatar Airways, as well as Emirates, Air China, and Air Canada Rouge.”

Jost Lammers, CEO of Budapest Airport, said: “Air cargo is of strategic importance to BUD, and Cargo City will ensure that we continue to provide our growing customer base with efficient, modern facilities, so that they can thrive in our booming catchment area.”

As part of ongoing investment in its cargo offering, the Central European hub will once again team up with its sister airports Düsseldorf and Hamburg, both in Germany, to take part in The International Air Cargo Association (TIACA)’s Air Cargo Forum in Toronto from the 16th to 18th October 2018.