MCO is the first airport in the United States to commit to processing all arriving and departing international travellers with facial recognition technology. 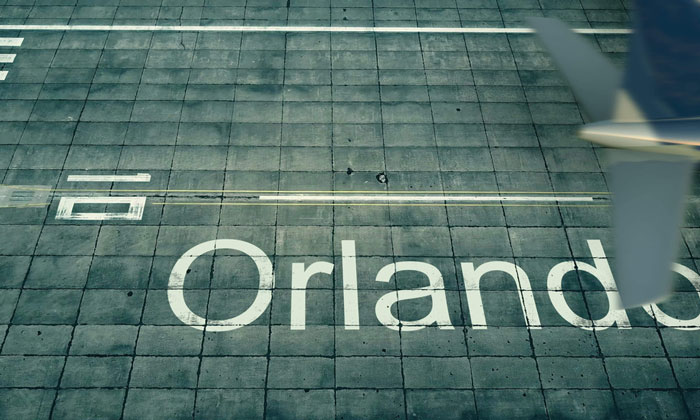 TURNING POINT: Orlando is the 15th busiest airport in the U.S.

“We are at a critical turning point in the implementation of a biometric entry-exit system, and we’ve found a path forward that transforms travel for all travellers,” said CBP Commissioner Kevin McAleenan. “The valuable collaboration with stakeholder partners like GOAA has resulted in real momentum and it has brought us to where we are today, the first fully biometric entry-exit deployment at an airport.”

“We are committed to delivering a premiere travel experience to Orlando International Airport’s more than five million annual international passengers,” said Phil Brown, GOAA CEO. “By incorporating biometric technology into our entry and exit processes, safety, security and speed are optimised so customers can enjoy a more streamlined and comfortable journey through Florida’s busiest airport.”

The CBP built a facial biometric-matching service to support airport and airline stakeholder integration for biometric exit and other passenger services. A facial biometric capture device (camera) can be installed at an airline or airport departure gate without any significant changes to existing airport physical infrastructure.

Currently, CBP is testing biometric exit at 13 major airports across the United States. According to the Government agency, the facial recognition verification process takes less than two seconds, with a 99 percent matching rate.

CBP also has partnerships with Delta, Jet Blue, British Airways, Lufthansa and Air New Zealand and will continue to expand public-private partnerships to advance biometric exit and enhance the passenger experience from curb to gate.