Orlando first in the U.S. to go fully biometric for international travel

International passengers flying to and from Orlando International Airport (MCO) can soon expect a smoother ride as the hub deploys biometric gates for all arrivals and departures. 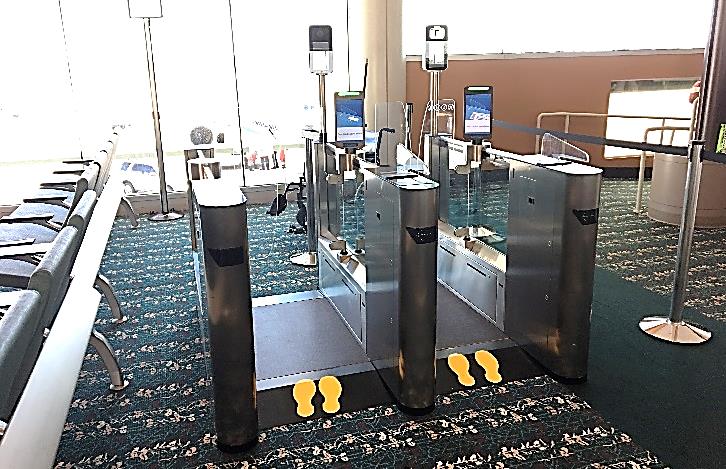 The Greater Orlando Aviation Authority (GOAA) Board voted on Wednesday to make the airport the first in the U.S to fully deploy the U.S. Customs & Border Protection (CBP) Biometric Entry and Exit Program.

The board approved $4 million in funding to integrate the passenger processing system that will use facial recognition technology to facilitate the arrival and departure of all international travellers.

“Customer satisfaction is always our top priority and the goal of the board is to make the journey through Orlando International Airport as enjoyable as possible,” says Frank Kruppenbacher, Chairman of the GOAA. “This programme will benefit our more than six million annual international passengers by delivering a simpler travel process.”

Over the past several months, Orlando International Airport, in conjunction with CBP, has been testing the system for passengers boarding British Airways (BA) flights to the United Kingdom. The system accelerated passenger processing with the BA flights boarding in less than 15 minutes, while eliminating the need for passengers to handle boarding passes and passports at the time of boarding. Testing on the system for arriving passengers proved equally efficient at reducing processing delays.

“CBP is thrilled to be working with our long standing partner the Greater Orlando Aviation Authority as they become the first U.S. airport to incorporate facial biometric capability for international arrivals and departures,” said Todd Owen, Executive Assistant Commissioner, Office of Field Operations. “Together, CBP and GOAA are going to change the face of travel making it more secure and efficient.”

The system will be implemented at the 30 MCO gates having international departures and at CBP checkpoints located in the airport’s two federal inspection stations.

How the Exit process works:

How the Entry process works:

GOAA’s partnership with CBP to use facial biometric matching to expedite the international travel process is expected to transform travel to and from the United States by greatly reducing the need for passengers to continually present identity documentation at multiple stops along the passenger journey.

“With a faster and more secure clearance process, airlines, airports, and travellers will benefit from shorter processing times and standardised arrival procedures,” said Phil Brown, GOAA Chief Executive Officer. “Identity verification through biometric technology complements our long-term vision for safe, secure and seamless travel from curb to gate The total cost for the biometric entry and exit programme includes the equipment and installation of biometric passenger processing system as well as related costs for power, low voltage wiring, and cameras.”

Funding for the programme will be provided from capital expenditures funds. The final step in approving the request for unbudgeted expenditures will be concurrence from the Orlando City Council.

One response to “Orlando first in the U.S. to go fully biometric for international travel”