The first major capital investment in 25 years at Chicago O’Hare International Airport will see Terminal 5 to undergo an upgrade and expansion, Terminal 2 to be largely demolished and rebuilt to include a brand new international arrivals facility, and renovations made to Terminals 1 and 3. 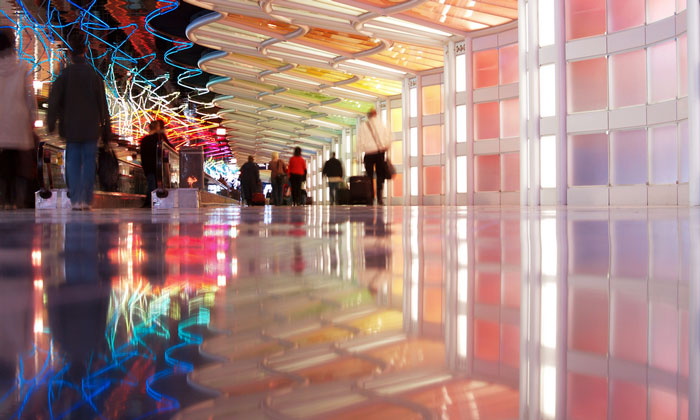 Plans for an USD$8.5 billion expansion at Chicago O’Hare have been unveiled by the Mayor of the City, Rahm Emanuel. The scheme is the biggest terminal expansion in the history of the airport, which once held the title of the world’s biggest, and will add 25 per cent more gate capacity.

“This plan is not just a game changer for O’Hare, it is a turning point for Chicago that will create tens of thousands of jobs for Chicagoans and strengthen our great city’s position as a national and global leader in travel, tourism and trade for generations,” said Mayor Emanuel.

“My goal is to make O’Hare the best airport in the country, and I want to thank our airline partners for recognising the value of this investment. We are looking forward to moving full steam ahead on this transformational plan that represents a watershed moment in Chicago’s economic future.”

The city authority estimates the project will create 60,000 construction jobs through 2026.

“This agreement is a win for O’Hare and our customers, thanks to the investments the City and our airline partners are making to ensure our top connected airport is positioned to grow for the future,” said Chicago Department of Aviation Commissioner Ginger S. Evans. “Our plans will put O’Hare at the forefront of the industry, providing the absolute best value when it comes to customer service, efficiency and innovation.

“At the same time, we are committed to ensuring O’Hare’s economic power also strengthens our community, and will ensure that our investments bring more opportunities for all Chicagoans.”

The announcement made on Friday marks the first major capital improvements to O’Hare’s terminals in more than 25 years. A new Terminal Area Plan for O’Hare will completely redevelop the terminals and concourses, with Terminal 5 to undergo an upgrade and expansion, Terminal 2 to be largely demolished and rebuilt to include a brand new international arrivals facility, and renovations made to Terminals 1 and 3.

“As Chicago’s hometown airline, we are looking forward to continuing our investment in O’Hare and building our largest hub into the world-class airport this world-class city deserves,” said Oscar Munoz, United’s chief executive officer.

“The improvements in our new agreement will help ensure we provide a superior travel experience for the more than 36 million United customers who fly through O’Hare each year. We thank Mayor Emanuel and Commissioner Evans for their ongoing support, and we look forward to collaborating further on this exciting project.”

“Delta’s ties to the Chicago market go back to the early days of commercial aviation more than 80 years ago and today our presence is vital to Delta’s strategy of connecting major business centers across the world for our customers,” said Holden Shannon, Delta’s Senior Vice President – Corporate Real Estate. “Delta supports these necessary O’Hare enhancements, including those at Terminal 5, where in the coming years we look forward to offering our SkyTeam customers a world-class product with the most convenient facilities on the airport.”

The upgrades are set to grow O’Hare’s overall terminal square footage by more than 60 per cent, from 5.5 to 8.9 million square feet, and increase gate frontage by 25 per cent.

More gate capacity will enable O’Hare and its airline partners to reduce delays by improving access to gates for arriving aircraft. This will also enable O’Hare to handle a wider range of aircraft more efficiently, including larger aircraft that allows more passengers to be served at O’Hare.

Ted Christie, the President and Chief Financial Officer of Spirit Airlines, said: “Spirit Airlines is proud to be a part of moving O’Hare International Airport forward. Spirit has invested resources over the past 18 months to reach a collaborative solution to propel the airport to the next level. We believe this plan will lead to a diverse, competitive and passenger-friendly airport.

“We would like to thank the City of Chicago and the Chicago Department of Aviation for their tremendous work which will further O’Hare as a world-class travel hub.”

To support these critical infrastructure improvements, the city is seeking authority to issue up to $4 billion in bonds to help facilitate the start of these capital projects.

The bonds will not be backed by taxpayer dollars; rather, they will be funded from O’Hare Aviation revenues, which include landing fees, terminal rent, and other fees paid by airlines, as well as non-airline sources, such as charges for parking and revenues from concessions in the terminals. The City plans to seek additional borrowing authority in the future as these capital projects move forward.

As O’Hare adds gates and improves its terminals, passenger volumes are expected to keep pace with a strong demand for air travel worldwide, which, according to aviation experts, will double to 14 billion air travellers in the next decade. By 2026, O’Hare is expected to serve nearly 100 million passengers, up from nearly 80 million served today. The economic impact on the region will be greater, according to the City authority, with O’Hare 21 expected to provide at least $50 billion in economic contribution to the region, and to enable at least 460,000 jobs in the next eight years.

“This project will take real steps toward realising western access at O’Hare, including employee parking and the first phase of a connecting tunnel. I appreciate the seriousness with which the City and the airlines are addressing this issue, which is good for the airport, local residents and the regional economy,” said DuPage County Chairman Dan Cronin.

O’Hare’s expansion plans are being pursued by the City and the airlines as part of a new Use and Lease agreement, designed to replace the existing 35-year agreement that expires in May 2018. The new agreement establishes a more modern business arrangement to support O’Hare’s growing operations, with revised terms aligned to current industry standards.

The terminal upgrades announced will complement several O’Hare 21 projects underway today, including: the Terminal 5 and Terminal 3 gate expansion projects; the hotel development and expansion; construction on the new Multimodal Facility; and Runway 9C/27C, to be completed in 2020.