Brexit could mean 28 per cent of flyers lose compensation rights

A no-deal Brexit scenario may cost British flyers visiting Europe dearly according to a company that works to make sure customers receive compensation for delayed, cancelled or overbooked flights. 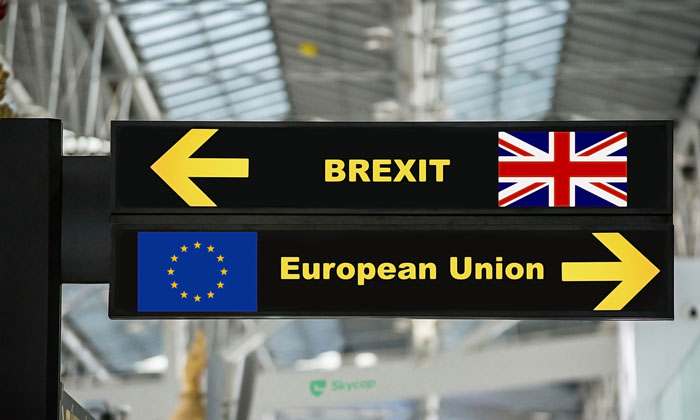 DIFFERENT ROUTES: Skycop says that at least one in 10 passengers experience serious flight disruptions in their lifetimes

A flight compensation company has warned that Brexit may result in 28 per cent of European passengers losing their rights to compensation.

Skycop, a company that works to ensure compensation for passengers on delayed, cancelled or overbooked flights, has said that whilst current air passenger law protects these flyers, they will no longer apply to UK citizens once it has left the European Union.

According to Skycop, British airlines will quit air passenger rights agreement as well as lose all aviation rights set under internal EU aviation market policy in 1990. The intra EU market was established to ensure the freedom of air transport setting rights to fly to, from and within any country in the bloc, yet Britain now has less than two years to renegotiate access or come up with an alternative system.

The company cited examples of airlines “aborting the sinking ship by taking individual action”, such as easyJet with its decision to establish new headquarters in Austria or Ryanair applying for a UK aviation licence.

Others are updating their websites to warn the future flyers about the possible changes for post-Brexit bookings – in case of a no deal, there might be a chance of massive cancellations, as UK carriers will no longer have free access to operate commercial services throughout the EU.

Airlines are not the only businesses to suffer from the Brexit deal. Dutch bank Radobank has found that quitting the 30 year old agreements might cost the economy up to £400bn. However, the exact figures are hard to guess, as it is still unclear if British airlines will save their rights to fly to and from the EU.

“The liberal aviation market we have today is one of the main factors that led to the lucrative development of LCCs such as easyJet or Ryanair. Both sides will have to come to new agreements and UK carriers are at risk of losing free access to their markets. However, it’s not only airlines that should take action before it’s too late. UK citizens have no time left to hesitate over flight compensations and should start fighting for it as soon as possible.  It’s only a year until present and past flight disruptions will lose its right to compensations ranging from £221 to £532,” said Marius Stonkus, the CEO of global flight compensation company Skycop.

According to the local laws, the UK citizens have 6 years to bring action against flight disruptions. This means that 2018 is the last chance to get up to £532 flight compensations for all cancelled, delayed or overbooked flights that happened since 2012.

“According to our calculations, the total amount of rightful flight compensations in Britain per year reaches about £879 million. With success rate of all claims taken straight to the carrier reaching only 5 per cent there might be a sum of £5 billion unpaid rightful flight compensations waiting to be claimed. And if the UK government won’t choose to introduce equivalent domestic protections, British flyers might very soon lose the chance to get their money back,” added Mr Stonkus.