Cancellation of 2,100 flights might cost Ryanair £47million in payouts

A flight compensation company has crunched the numbers and revealed how much the airline might have to shell out after their catastrophic staff-holiday mismanagement. 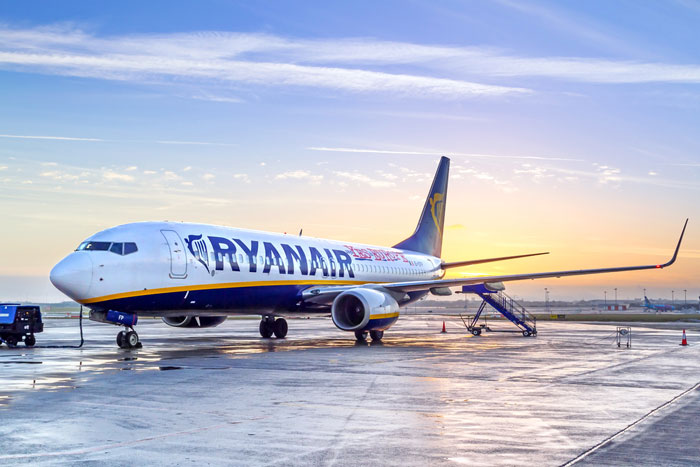 FOUR-LEAF BLUNDER: Ryanair is being slated on Facebook by irate passengers

After writing to 400,000 passengers to inform them that their flights have been cancelled, the airline’s chief Michael O’Leary estimated yesterday the bungle would cost Ryanair £22m.

But flight compensation company Skycop have estimated that the real payout might be more than double that.

On Friday, Ryanair announced it would cancel 40 to 50 flights every day over the next six weeks. In their initial statement, the airline said that the aim of these 2,100 cancellations was to improve punctuality which had fallen below 80 per cent in the first two weeks of September. This, they claimed, was the result of ATC capacity delays and strikes, weather disruptions and increased holiday allocations to cabin crew and pilots.

The airline must now face questions over the compensation they are expected to shell out to disgruntled passengers – but there seems to be a difference of opinion over the ultimate sum.

At a press conference in Dublin, O’Leary claimed the sum of £22m but Skycop estimate it will be £47m.

“Ryanair, for a low fare, seems to sell not only budget flights but also poor quality service” said Marius Stonkus, the CEO of SKYCOP.

“Based on customer watchdog Witch? analysis, Ryanair ignores more than half of all customer complaints. Which? revealed that in 2016 Ryanair’s decision to refuse compensation was wrong in 77 per cent of cases.”

If your flight has been cancelled, Ryanair offers options.  Afflicted travellers can choose between a full refund or an alternative flight ticket. However, there is no information about the moral compensation. Under EU law, every traveller is entitled to up to €600 compensation for a cancelled, delayed or overbooked flight. Every passenger who wasn’t notified of their flight cancellation through Ryanair at least two weeks prior to departure, is entitled to compensation.

SKYCOP, the international platform fighting for passenger rights, said: “This Ryanair move will cost the company around €53 million in compensations. As the airline has avoided informing their customers about the compensation, this sum depends solely on the passengers themselves.  Depending on whether they have been informed in prior and flight distance, affected travellers can get up to £600 compensations. ”

SKYCOP responded to the situation and sent an official letter to Ryanair with their suggestions on how to optimise compensation reimbursement processes. Every day for the next six weeks, Ryanair will cancel 40-50 flights and their office should be ready to promptly deal with an accumulating pile of claims.