The Airport Operators Association (AOA) has welcomed the publication of a report that highlights current issues with the UK Border Force that need to be addressed before Brexit. 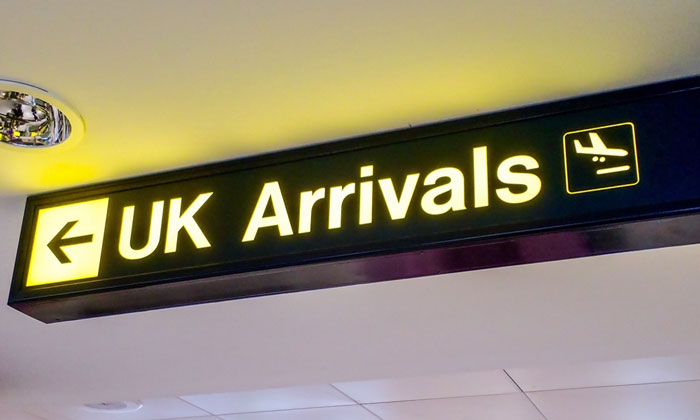 ARRIVALS: The report said that in a 2017 inspection of Gatwick airport, Independent Chief Inspector reported that operations appeared to be under considerable strain overall with some groups of staff feeling undervalued

The House of Commons Home Affairs Committee has said that the UK Border Force has “not functioned properly for a number of years” in a recently published report on Brexit and immigration.

The report was intended to examine the challenges facing the Home Office in delivering immigration services after the UK leaves the European Union. It flags up a number of difficulties thrown up by the process, makes recommendations and calls on the Government to clarify its position.

Among the areas of concern was the UK Border Force. The report noted the Force was overworked and understaffed, resulting in a failure to operate properly.

It said: “We [The Home Affairs Committee] are increasingly alarmed about the impact that inadequate resources are having on the capacity for Border Force to operate effectively. This is a system which has not functioned properly for a number of years, in large part due to insufficient staffing.

“The consequences of a lack of resources have implications for the smooth operation of the border, the morale and wellbeing of staff, and the quality of frontline immigration services.”

Supporting its claims, the report said the Border Force had scored second lowest of all parts of Government for acceptable workload with just three out of ten officials described it as a “great place to work. Staff numbers have also shrunk by eight per cent in the last five years.

Welcoming the publication of the report, Chairman of the Airport Operators Association Ed Anderson said: “A secure but welcoming border that facilitates legitimate travel and trade is vital if the UK wants to take full advantage of Global Britain’s potential.

“The Home Affairs Select Committee has rightly identified the impact that Border Force’s inadequate resources are having on their capacity to operate effectively at the UK border, particularly at airports.

“The Government needs to get Border Force’s resources and staffing right today so we can begin to reduce current queues and start to prepare for the UK’s future relationship with the EU and the world.”

The committee’s report also said that the Home Office as being one of the main ways in which Key Performance Indicators (KPIs) for passenger processing can be maintained in the face of reduced Border Force funding.

It said: “The roll-out of more e-passport gates at ports is welcome and may help free up Border Force resources if EEA nationals can continue to use them after Brexit.

“As the Independent Chief Inspector has made clear, there need to be sufficient staff to monitor e-passport gates, particularly when there are safeguarding concerns in respect of children and potential victims of modern slavery. The Government should set out what action it is taking to ensure this risk is properly managed.”