The app provides live information about runway use and individual flights, but can also tell users about the traffic over a specific area – their home for example. 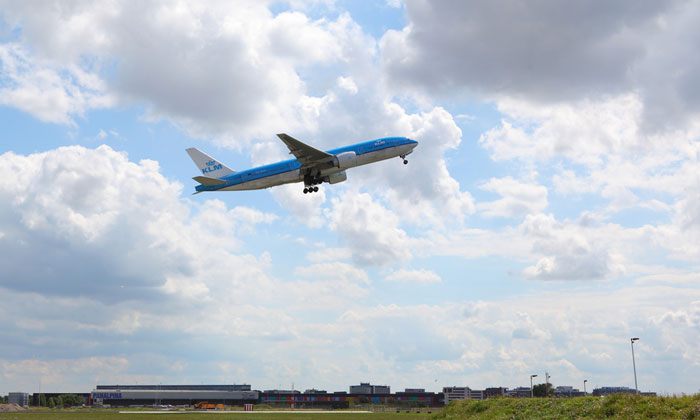 FUTURE PROOF: The app might be updated in future to include details of noise levels

An app intend to keep people living in the Amsterdam Airport Schiphol area up to date on traffic around the airport has gone live.

On Monday January 8, Cora van Nieuwenhuizen, Minister of Infrastructure and Water Management, launched the application EnvironmentInfoSchiphol which can be installed on smartphones, tablets and computers.

It provides information about the current runway use at Schiphol. Information about traffic around Schiphol is already shown on the website Vliegverkeer InZicht and the same data is now integrated in the app, so that it can also be consulted on the go.

With the app, the user can also request information about air traffic at a specific location, such as their own home. It is also possible, for example, to find the number of planes that fly over and the average flight altitude of aircraft at that specific location.

The app was created through collaboration between residents, administrators, the aviation sector and the Government in the Schiphol Environment Council. It is the result of the agreement between these parties to bundle information and services for residents of Schiphol and bring them together in one place.

Future extension of the app is the subject of discussion in the Schiphol Environment Council. It was designed as a basic application to which elements can be added. This could include information about noise measurements and expectations about air traffic in the coming days (sound weather report).

Lammers leads a new airport through a global health crisis

How can airports limit the impact of EU-EES on border control?