Vilnius Airport to start its €60 million terminal modernisation in February 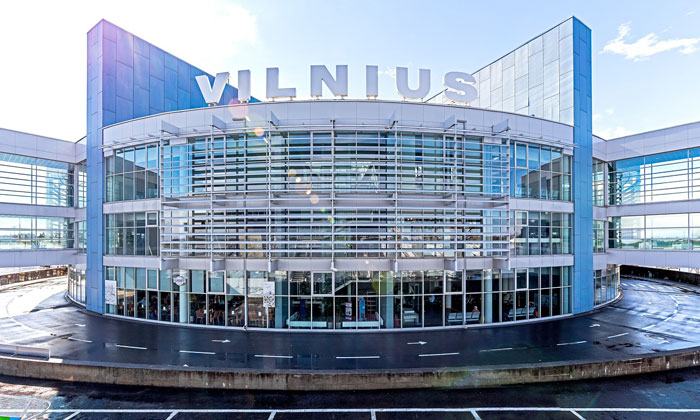 GATEWAY TO LITHUANIA: Vilnius is the country's biggest airport

To keep up with the growth which has exceeded capacity at Lithuania’s largest airport, Vilnius will start its passenger terminal reconstruction next month.

The work follows hot on the heels of the capital city airport’s runway reconstruction last summer and is intended to offer passengers a faster and more convenient service as well as a wider range of goods at the airport. The first phase of renovation is about to start in February.

According to Olaf Martens, Director of Vilnius Airport, the current terminal building which was opened in 2007, has a capacity of 3.5 million passengers per year. However, in 2016 and 2017 passenger traffic grew to almost 3.8 million per year.

He said: “That is why a decision to conduct terminal reconstruction was made. After the reconstruction, passengers will be provided with a faster and a more convenient customer service as well as an expanded commercial area. The refurbished terminal will also provide better working conditions for our employees”.

The upcoming reconstruction will consist of several phases, from which the last one is scheduled to end in 2021.

Martens said that the upcoming reconstruction is the second big step to the modernisation of the main country’s air gateway. The first step was the runway reconstruction last year which took 35 days and was ended as scheduled on August 18, 2017.

The constantly growing passenger traffic and the number of flights forces Vilnius Airport to increase its capacity once again. The first time the air gateway was expanded in 1993, when the terminal, built in 1954, was connected to the new passenger departure terminal. The latter was able to serve 1 million passengers per year. In 2007, the current passenger terminal, complying with the requirements of the Schengen agreement, was opened.