Until Monday December 11, passengers at Schiphol Airport will be able to book a time to pass through security. 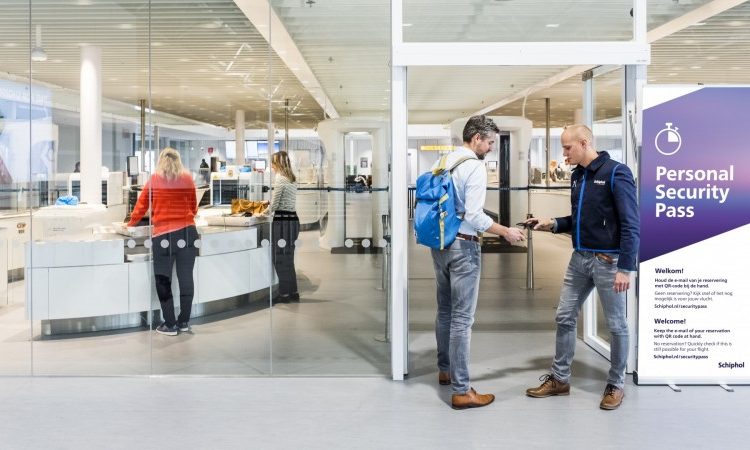 THE SCREENER WILL SEE YOU NOW: The trial will take place over the next 10 days

The Personal Security Pass pilot was launched at the Amsterdam airport on Tuesday November 28.

It allows passengers to reserve a slot from four days to 75 minutes before departure at the airport’s website or using the Schiphol App.

With the Security Pass, Schiphol is testing to see whether travellers value the certainty of a fixed time to go through security and how such a programme would impact the influx of passengers at security control. If the pilot project proves successful, the Pass will be rolled out for general use.

The dedicated gate for the project is in Departure Hall 1. During the pilot, 30 passengers will be able to move through the Personal Security Pass entry gate every 15 minutes. There are more than 400 time slots available each day.

It is only available on select Schengen-area flights between 10am and 1.30pm until Monday December 11.

Speaking to the British tabloid newspaper The Sun, Manager of Security Policy Daan van Vroonhoven said: “At Disneyland, it is very normal, for years already, to reserve a time slot for a ride or exhibition.”

Schiphol is no stranger to experimenting with security to try and smooth the ride for its passengers. Over summer, ‘small bags only’ lanes were tested for flyers with little or no hand luggage. They proved popular, so in September after statistics were released showing that 95 per cent of passengers waited 10 minutes or less at security, the airport’s operators announced that they would become a permanent feature.

The airport is also at the forefront of developing biometrics for security with their biometric border crossing.