Over the last six months, London Heathrow Airport has experienced successful peaks over national holidays and continues to strive for a smooth and reliable passenger journey. 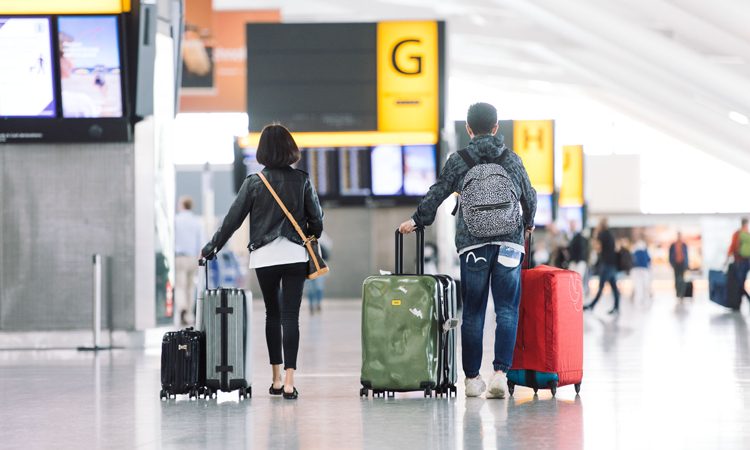 A successful start to the summer getaway

Everyone at London Heathrow Airport (LHR) is working hard to get passengers on their journeys and Heathrow thanks everyone across Team Heathrow for their efforts. The actions the airport has taken to ramp up its own resources, and the cap Heathrow has introduced to keep demand in balance with airline ground handler capacity mean that people travelling through Heathrow since schools broke up on 21 July 2022 have had a smooth and reliable journey. This builds on the success of previous peaks at Easter and the Jubilee Bank Holiday, when Heathrow operated smoothly while there was disruption at other airports. The airport is busy during peak times, but any queues are well managed and kept moving.

Early planning for the summer peak

Heathrow started planning nine months ago for the summer peak, and our own resources are on track. The airport started ramping up our own operations in November 2021, and encouraged airlines and their ground handlers to do the same. Planning has been based on summer peak demand exceeding 85 per cent of 2019, broadly in line with actuals. All parts of the airport are now fully operational. Heathrow has hired 1,300 people in the last six months and will have a similar level of security resource by the end of July 2022 as pre-pandemic. The airport have additional service colleagues and our entire management team is deployed on ‘Here to Help’ shifts to support passengers in the terminals this summer.

The number of people employed in ground handling fell sharply over the last two years, as airlines cut costs during the pandemic. London Heathrow has been raising our concerns over lack of handler resource for nine months. The airport has estimated that airline ground handlers have no more than 70 per cent of pre-pandemic resource, and there has been no increase in numbers since January 2022. In the second half of June 2022, as departing passenger numbers regularly exceeded 100,000 a day, the airport started to see a worrying increase in unacceptable service levels for some passengers; an increase in delays to get planes on to stand, bags not travelling with passengers or being delivered very late to the baggage hall, low departure punctuality and some flights being cancelled after passengers had boarded. This showed us that demand had started to exceed the capacity of airline ground handlers and Heathrow took swift action to protect consumers by applying a cap on departing passenger numbers, better aligned with their resources. Airline ground handler performance has been much more stable since the cap came into effect, and the airport has seen a marked improvement in punctuality and baggage performance. Heathrow’s cap is 50 per cent higher than Schiphol (AMS), which shows how much better the airport and airlines have planned at Heathrow than our competitors. The cap will remain in place until airlines increase their ground handler resource.

Our adjusted loss before tax reduced by £466 million to £321 million as a result of higher passenger numbers, higher aeronautical charges offset by increased costs as the airport invested ahead of demand. Passenger numbers, operating costs and revenues are in line with the H7 business plan submitted to the Civil Aviation Authority (CAA). Our balance sheet remains strong with gearing ratios now below pre-pandemic levels and strong liquidity.

It focuses on cost cutting to improve airline margins when the airport should be rebuilding capacity, with a focus on safety, consumer service, resilience and efficiency. It contains errors, such as the wrong opening gearing, and disallowing investment in service to vulnerable passengers that both passengers and the CAA itself informs Heathrow what to do. Overall, it doesn’t provide enough cashflow to allow us to invest in operations and capital investments, such as a new T2 baggage system or new security lanes to meet the DFT’s 2024 deadline, at a time when they should be encouraging investment. The CAA took a similar approach in the 2000s, which led to years of ‘Heathrow hassle’ for consumers and high margins for airlines. It is not too late to correct these errors and the airport will submit a detailed assessment in early August 2022.

Sustainable Aviation Fuel (SAF) is the only pathway to decarbonise long haul aviation, but it needs a massive increase in production. The new mandate will give investors the demand signal to scale up production and should lead to a significant UK based SAF industry. At Heathrow, it has already put in place a SAF incentive for 2022, which has been over subscribed, and will see more SAF uploaded at Heathrow this year than any other airport in the world.  Our aim is to use the incentive to progressively increase the use of SAF at Heathrow.

Heathrow CEO, John Holland-Kaye said: “The summer getaway has started well at Heathrow, thanks to early planning and keeping demand in line with airline ground handler capacity. I’m proud of the hard work everyone at Heathrow is doing which has helped millions of people get away already, and will help millions more travel on their well-earned summer breaks in the weeks ahead. We can’t ignore that COVID-19 has left the aviation sector deeply scarred, and the next few years will need investment to rebuild capacity, with a focus on safety, consumer service, resilience and efficiency. Airlines need to recruit and train more ground handlers; airports need catch up on underinvestment during the COVID-19 years – at Heathrow, that means replacing the T2 baggage system and new security lanes. Recent months have shown that passengers value easy, quick and reliable journeys, not penny pinching, and the CAA should be encouraging the investment that will deliver for consumers.”