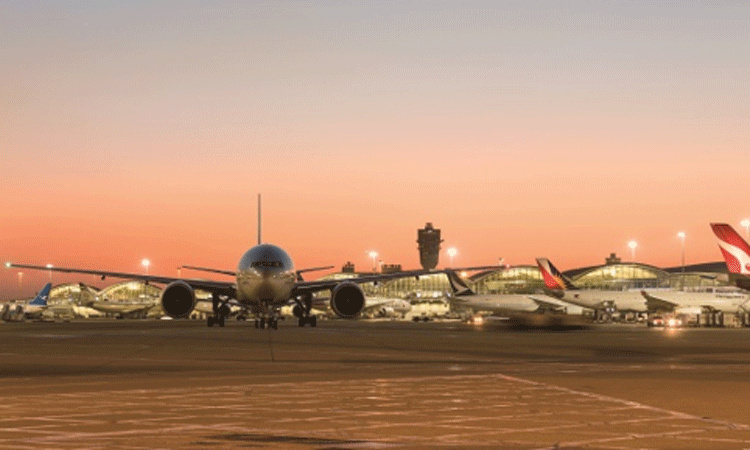 Airport Authority Hong Kong (AAHK) has released the traffic figures of Hong Kong International Airport (HKIA) for March 2022. During the month, HKIA handled 94,000 passengers, representing a year-on-year increase of 61.3 per cent, although passenger traffic continued to remain significantly lower than the pre-pandemic level in 2019. Meanwhile, cargo throughput and flight movements recorded during the month were 352,000 tonnes and 9,870, respectively, representing year-on-year decreases of 11.4 per cent and 7.3 per cent, respectively.

The growth in passenger throughput was mainly attributed to the growth in Hong Kong residents’ travel. During the month, departure passengers to Southeast Asia and Mainland China experienced the most significant increases.

Cargo throughput has declined due to flight reductions since the emergence of the Omicron variant of COVID-19. Exports and imports experienced double-digit year-on-year declines, compared to the same month last year (2021). Overall cargo to and from North America and Europe experienced the most significant decreases during the month.

Over the first three months of the year, passenger volume increased 41.7 per cent to 251,000. Cargo throughput and flight movements dropped by 9.2 per cent and 1.0 per cent to one million and 30,210, respectively.

On a 12-month rolling basis, the airport handled 1.4 million passengers and 144,505 flight movements, recording growth of 70.4 per cent and 13.1 per cent, respectively. Cargo throughput rose 7.1 per cent to 4.9 million tonnes.

The HKSAR Government lifted restrictions on arrival flights from nine countries on 1 April 2022. From 1 to 13 April 2022, a total of 251 flights carrying passengers operated at HKIA, representing an increase of 77 passenger flights from the 19 to 31 March 2022 period.

Cissy Chan, Executive Director, Commercial of the AAHK commented: “We are delighted that HKIA maintained its leading position as the World’s Busiest Cargo Airport in 2021. The pandemic has had a serious impact on flight operations globally, but it has also generated high demand for e-commence and transportation of medical supplies. With the airport’s extensive freighter network, high efficiency and dedicated cargo operators, we saw double-digit growth in cargo throughput during 2021. AAHK is confident in the long-term development of HKIA’s air cargo business, and will continue to work closely with our business partners to enhance our performance.”