Mumbai International Airport has experienced a fruitful year with a 30 per cent increase in air cargo movements, both export and import, during FY22. 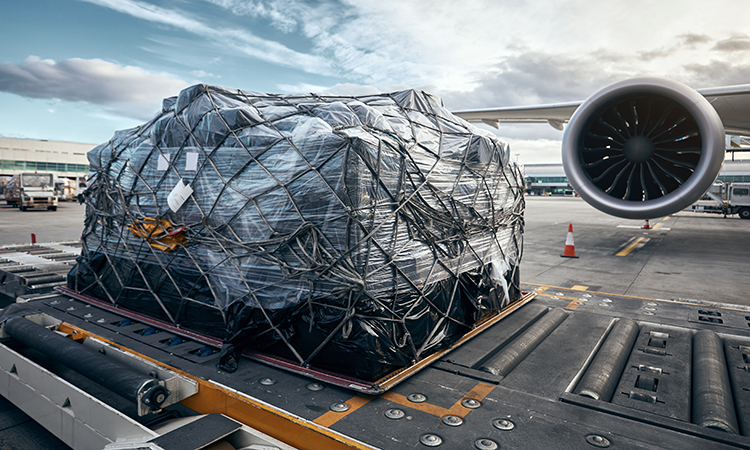 With the global supply chain operations steadily gaining momentum in the past couple of years, Mumbai International Airport (BOM/CSMIA) air cargo witnessed a fruitful year in terms of EXIM (export and import) movements in FY22. With a total of 5,56,900 Metric Tonnes (MT) of overall cargo facilitated in FY22, Mumbai’s air cargo observed a rise of close to 30 per cent in movement as compared to FY21. Where international cargo volumes grew by 26 per cent whereas domestic cargo volumes were up by 40 per cent over FY21. The total import of 260,600 MT and export of 296,300 MT of cargo resulted in CSMIA’s overall share of contribution to the global cargo movements.

The top three destinations which observed the highest import via Mumbai include China, Germany, and U.S., respectively. While U.S., UAE, and Germany remain the top destinations in terms of exports. Moreover, automobiles, pharmaceutical products and engineering goods saw majority of transportation to the top international destinations, whereas the top domestic destinations primarily witnessed the movement of Engineering Goods, Documents & Samples and Postal Cargo in FY22. Notably, the top airlines catering to the maximum cargo from Mumbai Airport include IndiGo, SpiceJet, and GoFirst in the domestic segment. While Emirates, Qatar Airways, and Turkish Airlines were the top three airlines catering to the highest cargo load internationally in this period.

Furthermore, critical life-saving medicines and equipment continue to be the need of the hour. In FY22, some of the key areas of focus were handling of COVID-19 vaccines and lifesaving equipment and medicines. The airport worked towards transporting a total of 397 million doses of vaccines out of which 58 million doses were exported to 76 international destinations and 339 million doses were transported to 49 domestic destinations. In addition, 1000 tonnes of Oxygen concentrators, 50 tonnes of Oxygen Generators and 150 MT of COVID relief medicines were also handled meticulously at CSMIA’s air cargo terminal.

Being compliant with IATA CEIV and GDP global standards for Pharma handling, Mumbai Airport ensures the utmost safety of the pharma supply chain. On the other hand, the airport continues to build on its cargo capabilities with the adoption of advanced technology solutions including the launch of D-Cube, first of its kind, paperless and contactless import operations model facilitating digital transactions and further reduction in dwell time. While keeping the steady momentum of growth intact, BOM is continuously prepared to provide the best-in-class cargo operations in the upcoming period as the financial year comes to a close.

With cargo transportation across the globe operating at full capacity, Mumbai Airport observed a total of 76,736 domestic flights facilitating the total domestic cargo movement in FY22 besides catering to 46,099 flights in FY21. Meanwhile, 17,570 international flights contributed to imports and exports were observed in FY22 as against 11,833 in FY21 through BOM’s air cargo terminal.

Standing today at the juncture of a new post-pandemic global market, Mumbai Airport is constantly making efforts to be an unparalleled partner to businesses by facilitating value-added services, constantly improving efficiencies with introduction of newer technologies, thus minimising turnaround time for each movement. With an aim to continue with the legacy of being one of the leading airports in cargo movements globally, BOM continues to showcase a stellar performance in contributing to the global share of Exim movements. The figures recorded in FY21 signify the airports’ continued effort toward establishing Mumbai’s cargo terminal as the global hub for cargo movements.