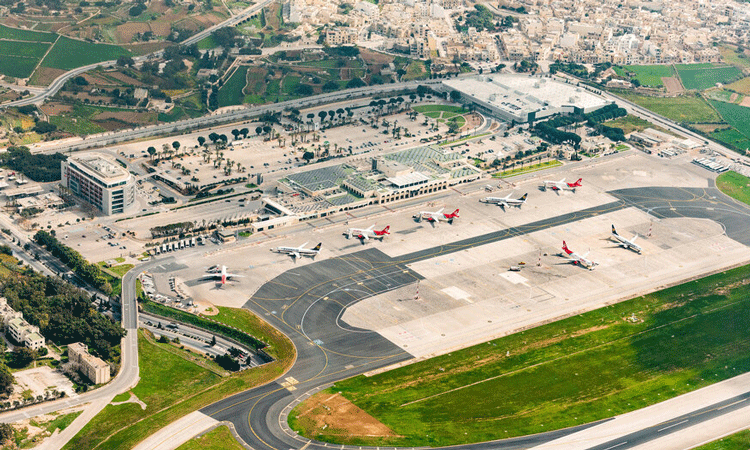 2,540,335 passengers travelled through Malta International Airport (MLA) in 2021. While this full-year traffic result translates into an increase of 45.3 per cent over 2020 figures, it marks a recovery of just 34.8 per cent of 2019 passenger numbers.

The top drivers of traffic for the year were Italy and the UK, both of which enjoyed a 19 per cent market share, followed by Germany, France, and Poland.

These results were presented by Malta International Airport CEO, Alan Borg and Head of Traffic Development, Alex Cardona, during the company’s first press conference of 2022.

A look at Malta International Airport’s monthly traffic performance showed that after the first half of 2021, air travel started to gain some momentum on the back of increased stability and an improvement in consumer confidence, with passenger movements for the third quarter of 2021 more than tripling over the previous quarter.

October 2021, which saw Southern European airports post improved passenger traffic results, was Malta International Airport’s best-performing month with more than 428,000 passenger movements registered. This can be attributed to a delayed peak in the demand for leisure travel spurred by the easing of travel requirements as the year wore on, until the emergence of a new COVID-19 (Omicron) variant in November 2021.

“The instant impact on air travel of the introduction of tighter restrictions towards the end of 2021, once again highlighted that our industry’s recovery remains at the mercy of how governments respond to the changing epidemiological situation,” commented Borg. “The introduction of stricter and uneven entry requirements across Europe at the end of 2021 has already led to the cancellation of around 850 flights for the first quarter of 2022.”

Borg went on to note that summer 2022 is expected to be characterised by fiercer competition among similar destinations, particularly as vaccination uptake across Europe continues to increase.

While recognising the local authorities’ efforts in putting Malta in the lead in relation to vaccination coverage, Borg urged government to now shift its focus on publishing a post-COVID-19 strategy, which would give the industry confidence to invest in businesses, thus contributing to an enhanced tourism offering and increasing the island’s competitive edge. On the other hand, the alignment of Malta’s entry requirements to EU regulations, is crucial in instilling confidence in travellers to book their next trip.

Data released by Airports Council International (ACI), which was presented during the press conference, showed that at 33.5 per cent, Malta’s recovery for the period between January and November 2021 still lagged behind that of Southern European peers such as Greece (52.5 per cent), Cyprus (44.3 per cent), Spain (41.7 per cent), and Portugal (40.3 per cent), despite Malta International Airport’s success in retaining more than 70 per cent of its connections for 2019 during the year under review.