According to a report launched by Cirium, an aviation analytics firm, international flights to and from the UK decreased 71 per cent during January to December 2021. 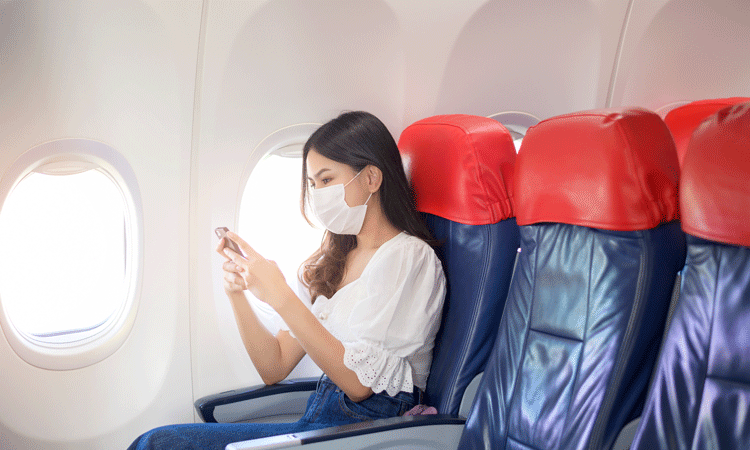 Cirium, the aviation analytics firm, has released its 2021 On-Time Performance Report, the global standard for airline and airport operational performance.

On-time performance reporting in the UK has been significantly impacted by COVID-19 imposed travel restrictions, as fewer flights took to the skies.

From January to December 2021, international flights to and from the UK are down 71 per cent compared to 2019.

The largest international route in 2021 from the UK was London Heathrow to New York’s JFK, despite the U.S. only reopening their borders in November 2021. Five airlines including British Airways, Virgin Atlantic, American Airlines, Delta Air Lines, and newcomer JetBlue, flew a total of over 2,410 flights on the route in 2021.

Flights operating in the Common Travel Area showed strong recovery in 2021, as arrivals into the UK faced no testing or quarantine mandates. Two UK to Dublin routes feature in the top 10 of all international routes from the UK, including London Heathrow (LHR) and London Gatwick (LGW) to Dublin

Jeremy Bowen, Cirium CEO commented: “Cirium’s On-Time Performance Report reveals a dramatic 71 per cent fall in international flights to and from the UK during 2021, as the aviation sector continues its recovery from the impact of COVID-19 travel restrictions.

“Cirium analysis shows UK domestic flights have fared better with a lower reduction of 60 per cent, as the huge pent-up demand for restriction free flying returns – led by leisure travel followed by the more cautious recovery of business travel.

“For over a decade, Cirium’s On-Time Performance Report has set the gold standard for airline and airport operational performance, and identified the world’s best performing airlines and airports around the world.

“Despite this year’s continuing challenges, we are pleased to have recognised the outstanding performance and operational excellence of U.S. carrier Delta Air Lines with our new Platinum Award, setting a new bar for sky-high achievement.”

Domestic passenger flights in the UK are significantly down by nearly 60 per cent compared to 2019. Already a small domestic market, the UK government restrictions have dampened it further, with many Brits choosing not to or not being permitted to travel.

The single busiest domestic route, by flights, was Land’s End to St Mary’s in the Isles of Scilly. This 31 mile route saw around 2,330 one-way flights in 2021 – all of which were operated by the Penzance-based Isles of Scilly Skybus, with their fleet of seven aircraft.

London Heathrow to Belfast City saw over 1,590 flights flown while those to Edinburgh totalled around 1,530.

Low-Cost-Carriers (LCC) led the way, appealing to the price conscious travellers in the competitive UK market.

The largest carrier by UK flights was Ryanair (including Ryanair UK), with around 101,420 flights in 2021, equivalent to nearly 18.8 million seats. Budget carrier easyJet came in second with over 82,580 flights and around 14.9 million seats.

In the airline ranking, flag carrier British Airways followed the LCCs with 77,460 flights, but in terms of seats the airline managed to secure second place, behind Ryanair, with 15.2 million seats.

In Cirium’s 2021 On-Time Performance Review European category, three Spanish IAG airlines feature in the top five. UK carriers didn’t make the rankings this year, which is reflective of the impact of COVID-19.

Vueling took top spot as the most on-time airline in Europe with 92.1 per cent of its flights on time. Iberia Express (91.8 per cent) and Iberia (90.3 per cent) followed in second and third place. Notably, Vueling has expanded internationally in 2021 with 65 per cent of its third quarter capacity dedicated to international flights.

In 2021, Cirium launched a new award, The Platinum Award which names Delta Air Lines as the best performing airline in Operational excellence in 2021.

The award is presented to an airline with outstanding performance considering the complexity of the airline’s operation, volume of flights, diversity of its network and other key operational factors.

The Platinum Award is based on a proprietary algorithm that considers an array of parameters and provides an output to compare airlines on a one-to-one basis as far as possible to ensure fairness, accuracy, and integrity.

All Nippon Airways (ANA) is named as the most on-time airline in the Global category with 95 per cent of its flights on time.

The carrier was followed closely by Japan Airlines (JAL) with 94.1 per cent  – reflecting the high standard set by Japanese aviation when it comes to on-time performance. In third place was Aeroflot (91 per cent), followed by LATAM (88.7 per cent) and Delta Air Lines (87.8 per cent).