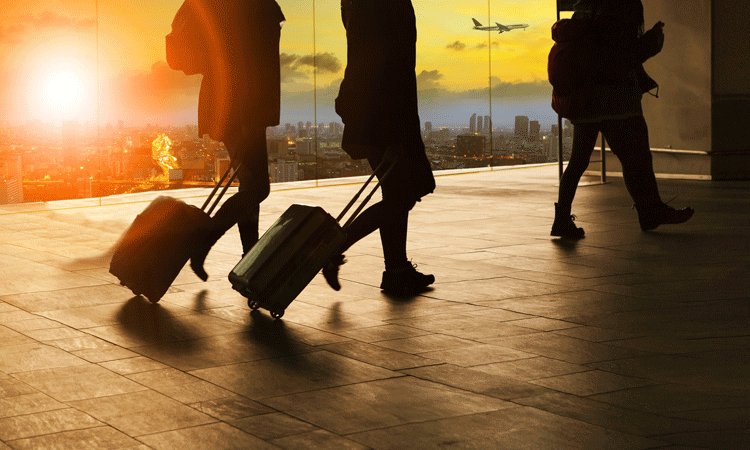 The International Air Transport Association (IATA) announced that the recovery in air travel continued in October 2021, with broad-based improvements in both domestic and international markets. It also warned that the imposition of travel bans by governments, against the advice of the WHO, could threaten the sector’s recovery.

Because comparisons between 2021 and 2020 monthly results are distorted by the extraordinary impact of COVID-19, unless otherwise noted all comparisons are to October 2019, which followed a normal demand pattern.

“October’s traffic performance reinforces that people will travel when they are permitted to. Unfortunately, government responses to the emergence of the Omicron variant are putting at risk the global connectivity it has taken so long to rebuild,” said Willie Walsh, IATA’s Director General. 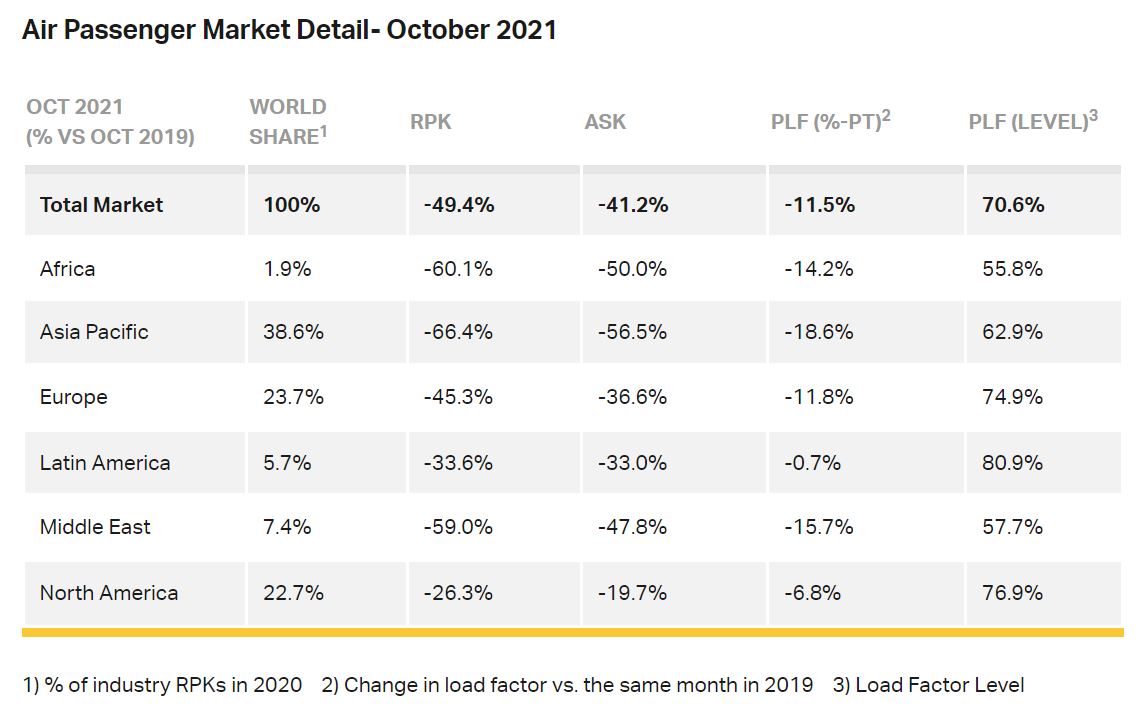 European carriers’ October international traffic declined 50.6 per cent versus October 2019, much improved over the 56.5 per cent drop in September compared to September 2019. Capacity dropped 41.3 per cent and load factor fell 13.7 percentage points to 72.5 per cent.

Asia-Pacific airlines saw their October international traffic fall 92.8 per cent compared to October 2019, fractionally improved over the 93.1 per cent decline recorded for September 2021 compared to two years ago. Capacity dropped 83.8 per cent and the load factor was down 44.0 percentage points to 35.7 per cent, the lowest among regions by far.

Middle Eastern airlines had a 60.3 per cent demand drop in October compared to October 2019, a huge jump over the 67.1 per cent traffic drop recorded in September against September 2019. Capacity declined 49.1 per cent, and load factor slipped 16.1 percentage points to 57.5 per cent.

North American carriers experienced a 57.0 per cent traffic drop in October versus the 2019 period, improved from a 61.4 per cent decline in September 2021 compared to the same month in 2019. Capacity dropped 43.2 per cent, and load factor fell 20.0 percentage points to 62.4 per cent.

Latin American airlines saw a 55.1 per cent drop in October traffic, compared to the same month in 2019. In September, traffic was down 61.4 per cent compared to two years ago. October capacity fell 52.5 per cent and load factor dropped 4.3 percentage points to 76.9 per cent, which was the highest load factor among the regions for the 13th consecutive month.

African airlines’ traffic fell 60.2 per cent in October versus two years’ ago. Traffic in September was down 62.1 per cent over the corresponding 2019 period. October capacity was down 49.0 per cent and load factor declined 15.2 percentage points to 54.1 per cent. 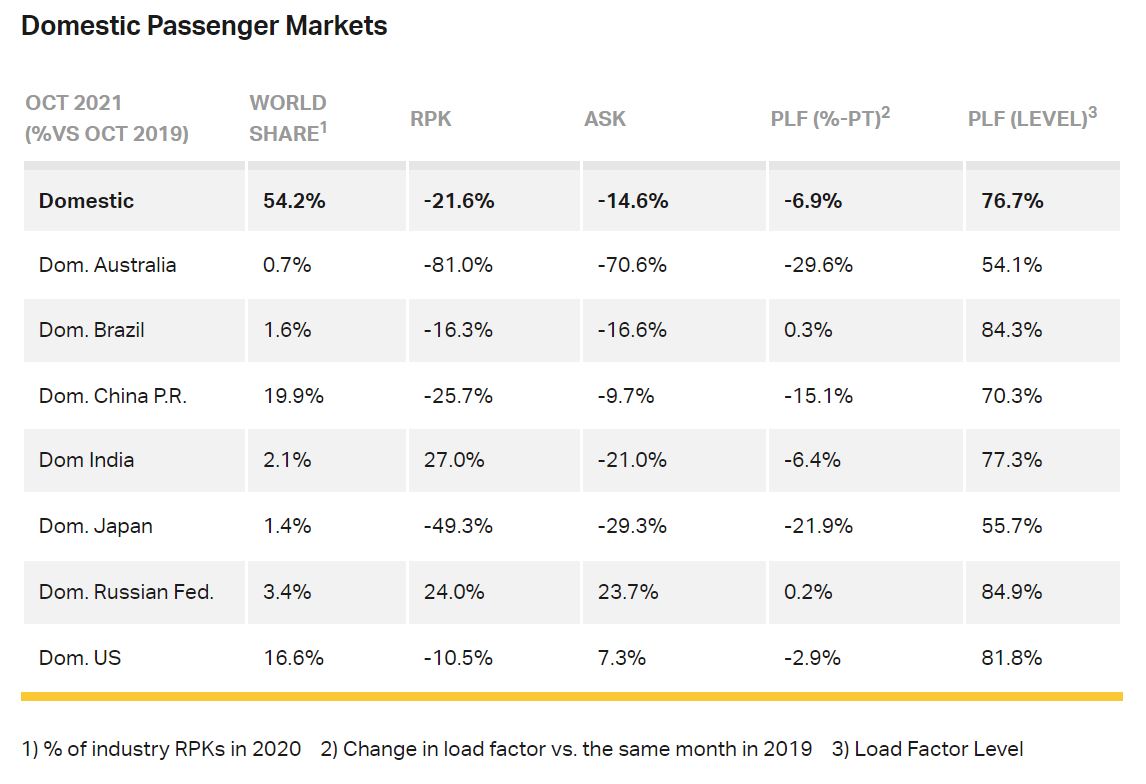 India’s domestic market saw a 27.0 per cent decline in October demand compared to October 2019 – greatly improved from a 40.5 per cent fall in September following the easing of some control measures.

Russia’s October domestic traffic was up 24 per cent compared to October 2019, which was deceleration from the 29.3 per cent growth recorded in September 2021 over the two-year period, attributable to a strong wave of COVID-19 and the start of the winter travel season.

“The lifting of the U.S. restrictions on travel from some 33 countries last month raised hopes that a surge in pent-up travel demand would buoy traffic over the coming Northern Hemisphere winter,” added Walsh. “But the emergence of the Omicron variant panicked many governments into once again restricting or entirely removing the freedom to travel – even though WHO clearly advised that ‘blanket travel bans will not prevent the international spread, and they place a heavy burden on lives and livelihoods.’ The logic of the WHO advice was evident within days of Omicron’s identification in South Africa, with its presence already confirmed in all continents. The ill-advised travel bans are as ineffective as closing the barn door after the horse has bolted.”

“Additionally, governments must address the terrible disparity in vaccination rates that has seen the developed world offering boosters at a time when less than 10 per cent of the African continent is fully vaccinated,” said Walsh.