Latest EUROCONTROL seasonal data shows that even as traffic recovered to 60 or 70 per cent of 2019 results this summer 2021, some of the longest taxi times were cut. 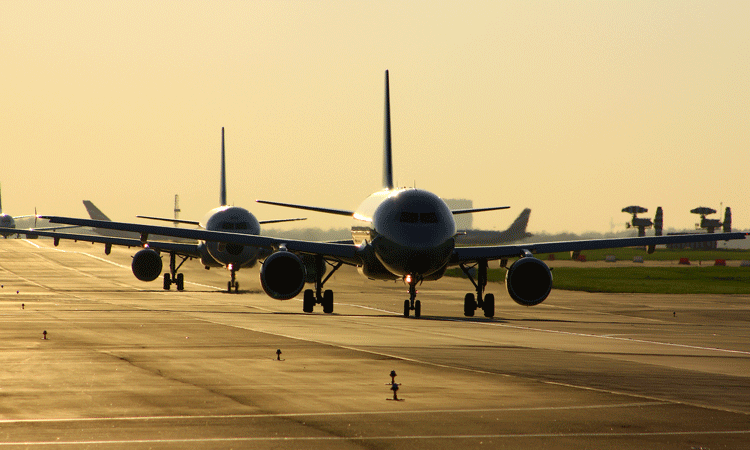 EUROCONTROL has published its seasonal data on taxi times to help airlines develop their schedules and plan their operations. The latest data shows that, in comparison to 2019 traffic results, even though summer 2021’s traffic recovered to 60 or 70 per cent, some of the longest taxi times were cut. The graph illustrates that the time taken to taxi out to the runway, for narrow body aircraft (the majority of flights) dropped by seven to nine minutes in some cases.

The shorter taxi times were due to a variety of reasons: fewer flights, so less congestion on the taxiways and less queueing for take-off, less need to use stands or gates that are further from the runway, or down congested cul-de-sacs, even closure of more-distant runways in some cases.

Less time taxiing means less fuel burned: a small contribution to better air quality around the airport, and less CO2 from the flight. In the longer-term, if shorter taxi-times persist, they allow schedules to be adapted to get more out of each aircraft – making the most of a very expensive asset. 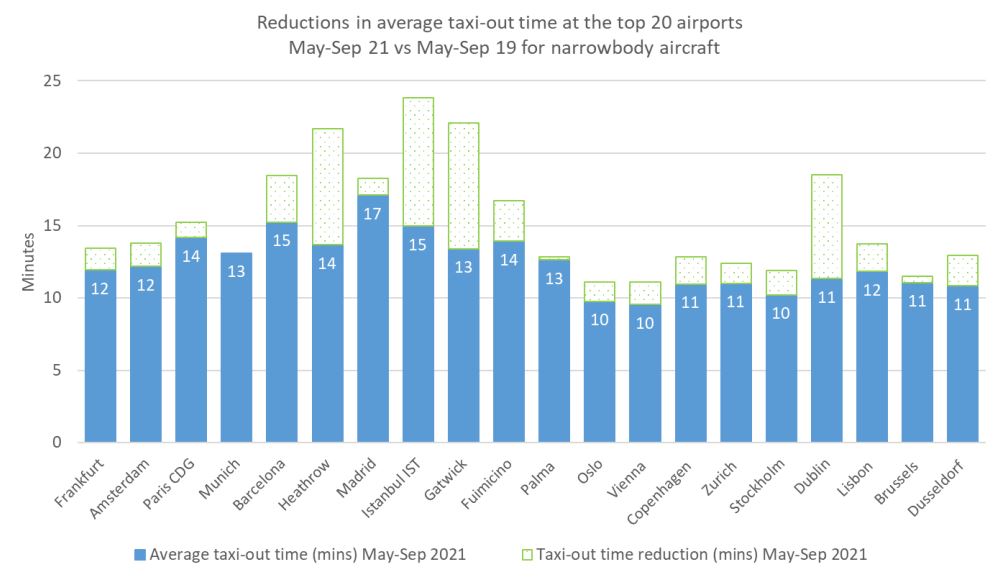 But there are also costs, largely from unexpected changes in and lack of predictability of taxi times. If a flight takes off five or 10 minutes earlier than planned, then it could cause an unexpected peak in a congested sector of airspace, or remove a peak of demand that had led to regulation of a flow to avoid overloading a sector. The first puts unexpected pressure on controllers, the second means potentially unnecessary delay for other flights. On top of this, the flight will then arrive early at the destination airport, upsetting plans there. While the flight will burn less fuel, more fuel will have been carried than necessary, which costs CO2.

Airlines build schedules that last a whole (summer or winter) ‘season’, so that they can sell tickets with fixed times to passengers. Reductions in taxi times are welcome, but if they keep changing, airlines’ commercial departments cannot readily change the schedules, so operations departments and air traffic managers have to manage the variability everyday to keep the flights moving smoothly.