London Heathrow Airport and Microsoft have partnered to trial the world’s first artificial intelligence system to combat illegal wildlife trafficking in cargo and baggage passing through the airport. 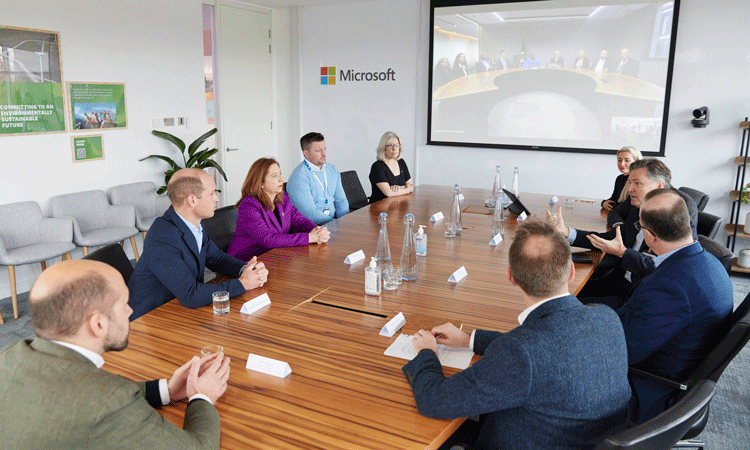 London Heathrow Airport (LHR) has teamed up with Microsoft to trial the world’s first artificial intelligence system to combat illegal wildlife trafficking. ‘Project SEEKER’ detects animal trafficking in cargo and baggage passing through the airport by scanning up to 250,000 bags a day. It recorded a 70 per cent+ successful detection rate and was particularly effective at identifying ivory items, such as tusks and horns. By identifying more trafficked items and earlier, authorities have more time, scope, and information to pursue criminal traffickers and combat the $23 billion illegal wildlife trafficking industry.

In addition to Microsoft, Project SEEKER has been developed in partnership with UK Border Force and Smiths Detection and is supported by the Royal Foundation. Microsoft developers have taught Project SEEKER to identify animals or products including illegal products used in medicines, and trials at Heathrow have demonstrated the algorithm can be trained on any species in just two months. The technology automatically alerts security and Border Force officers when it detects an illegal wildlife item in a cargo or baggage scanner, and objects seized can then be used as evidence in criminal proceedings against smugglers.

The Duke of Cambridge visited Microsoft’s headquarters to hear about the potential of this technology as part of his work with The Royal Foundation’s United for Wildlife programme. To support the development of this new technology, the Project SEEKER team was able to benefit from United for Wildlife’s global network of expertise on the illegal wildlife trade. In addition, United for Wildlife will be working with its partner organisations in the transport sector to support the global roll out of the SEEKER capability.

Jonathan Coen, Director of Security at Heathrow Airport said: “Project SEEKER and our partnership with Microsoft and Smiths Detection will keep us one step ahead of traffickers, by exploring new technology that will help us protect the world’s most precious wildlife. We now need to see more transport hubs deploy this innovative system, if we are to take meaningful action on a global scale against this illegal industry.”

United for Wildlife aims to make it impossible for traffickers to transport, finance, or profit from illegal wildlife products by building crucial relationships between the transport and finance sectors, non-governmental organisations, and law enforcement agencies and encouraging the sharing of information and best practice between these stakeholders. United for Wildlife has been working with organisations like Microsoft to raise awareness of technology that can support efforts to disrupt the criminal trade of wildlife products globally.

Speaking ahead of the visit by His Royal Highness to Microsoft’s HQ, Lord William Hague, Chairman of the United for Wildlife Taskforce commented: “The illegal wildlife trade is among the five most lucrative global crimes, and is often run by highly organised criminal networks who exploit our transport and financial systems to move illegal animal products and their criminal profits around the world.

“This is a hugely complex global issue, but when institutions including transport, technology, financial services and enforcement agencies work collaboratively to share knowledge, expertise, and information it enhances our ability to detect and dismantle the sophisticated criminal networks that sit behind each trafficking act. Working in partnership with the public and private sector is crucial if we are to stop this illegal trade for good.”

“Illegal wildlife trafficking has a devastating effect for the decline of species and earth’s natural environments,” added Daniel Haines, AI Specialist and Project SEEKER Lead at Microsoft. “It is a complex illicit trade but with the right AI intervention deployed in the right places, we have a real possibility of dismantling it. Project SEEKER shows the potential for data and AI to enable enforcement teams to crack down on wildlife trafficking like never before.

“Improved rates of detecting illegal wildlife trafficking at transit hot spots is just the start. The data captured by authorities will allow them to create a clear picture of where smuggling starts, its routes and destinations, leading to a more effective and collaborative approach to stamping out these criminal networks.”

London Gatwick selects Veovo to accelerate its vision of a passenger-centred travel future.