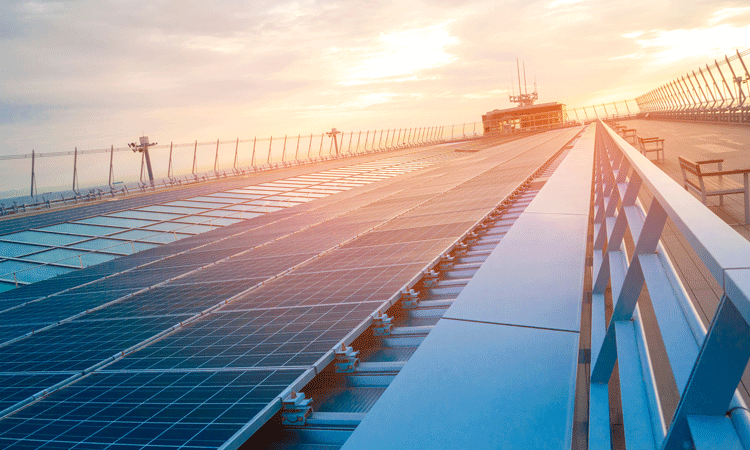 Denver International Airport (DEN) is expanding its industry-leading renewable energy portfolio. Two new solar projects will be built near 114th Avenue and Trussville Street on the airport property, with a generating capacity of 18.5 megawatts. The arrays will generate approximately 36 million kilowatt-hours of electricity each year, which is the equivalent to the electricity consumption of almost 6,000 typical Denver residences.

“Sustainability is one of the guiding principles in our Vision 100 plan, which will help prepare the airport for 100 million passengers in approximately 10 years,” said Phil Washington, DEN CEO. “These additional solar projects will help us improve the sustainability of our energy supply, while helping us reach our goal of becoming one of the greenest airports in the world.”

Scott Morrissey, Senior Vice President of Sustainability commented: “DEN has long been at the forefront of developing on-airport solar projects, having installed its first solar array in 2008. After the two new systems are energised, the airport will have solar panels spread across over 140 acres of land, making DEN one of the largest hosts of solar energy at any airport in the world. Additionally, DEN will increase its total solar energy generation capacity to 34 megawatts and will more than double the amount of solar energy hosted at DEN.”

Through a partnership with Greenbacker Renewable Energy Company (GREC), the airport will purchase the electricity via long-term power purchase agreements that are expected to save the airport more than $3 million over 25 years.

“We’re thrilled that these two projects will add solar capacity and contribute to DEN’s clean energy future,” said Charles Wheeler, CEO of GREC, a leading owner and operator of sustainable infrastructure and energy efficiency projects. “Our collaboration with one of the busiest airports in the world, where we currently operate several solar assets, is a shining example of the financial and environmental benefits of expanding sustainable infrastructure.”

DEN is committed to a variety of sustainability initiatives to reduce its environmental impacts as it continues to expand, and these solar projects are an example of that pledge to power the airport’s growth with energy that is low-carbon, cost-effective, reliable, and resilient.

Baggage handling: A market ever changing