100 days until the opening of the airport of the future

Finavia will open the magnificent entrance to Helsinki Airport and the updated traffic arrangements for passengers, in around 100 days on 1 December 2021. 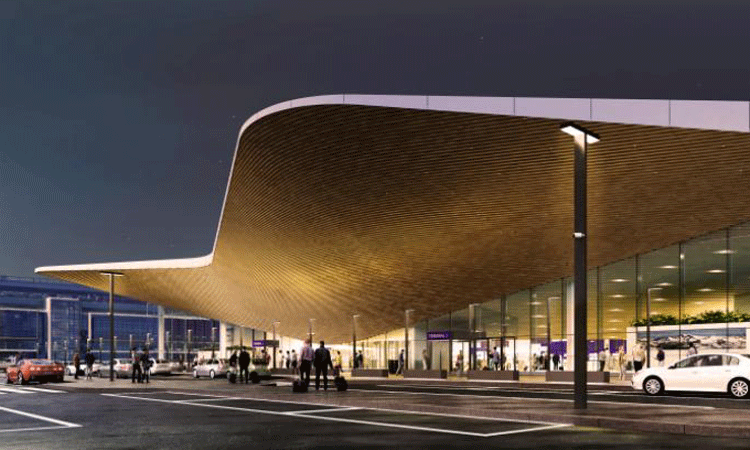 Passengers can look forward to an iconic and architecturally impressive airport of the future.

Finnish nature as an inspiration for the architecture

The unique wooden ceiling completely revamps the facade of Helsinki Airport. One of the inspirations for the wavy form of the ceiling was Tapio Wirkkala’s Ultima Thule sculpture that is made of aircraft plywood.

The multi-modal travel centre as a transport hub

The urban travel centre, which will be completed at Helsinki Airport, is a hub for different modes of transport, to which air traffic will be connected.

“Finavia’s goal is to continuously develop better connections to the rest of the world. It is important that all modes of transport are seamlessly linked at the airport and that passengers can use the new travel centre to continue their journey using both local and long-distance buses, trains, taxis or private cars, not forgetting bicycles,” continued Hansson.

At the same time, new parking arrangements will also be introduced when the new parking hall P1 / P2 opens. This will create 1,800 new parking spaces and 200 new charging stations for electric cars at the airport, in the immediate vicinity of the terminal.

Here is how the opening of Terminal Two will proceed:

In 100 days, on 1 December 2021, the entrance, arrivals hall and multimodal travel centre will be opened, in addition to the new traffic arrangements and the parking halls.

New check-in points and a new security control area will be opened between March to June 2022. At the same time, part of the Schengen gate area will be completed.

In the summer of 2023, new baggage drop facilities will be completed, as well as the updating of services in the Schengen gate area.

The aim of the investment programme is to strengthen the position of Helsinki Airport as a hub for air traffic between the EU and Asia. As Helsinki Airport has become one of the most important airports in the EU, the development of wide-body aircraft traffic and the conditions for it is one of the key goals outlined in Finavia’s investment programme.

Finavia’s investment programme in a nutshell

Baggage handling: A market ever changing