Findings of the Queen Alia Airport study emphasised the significance of the airport in facilitating economic growth, generating employment and boosting government revenue. 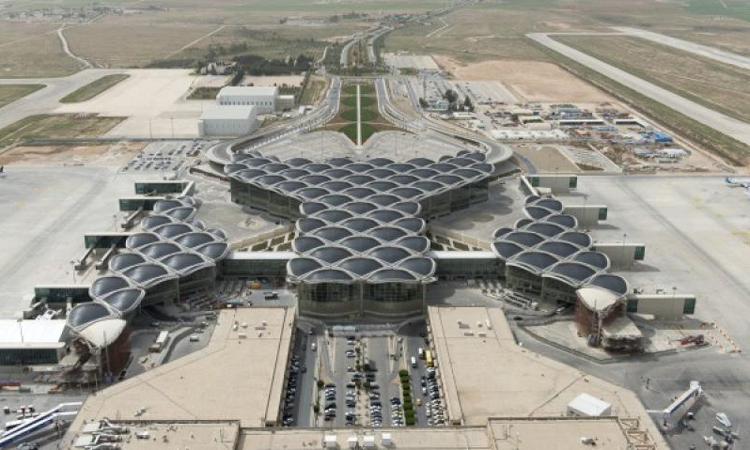 During a media roundtable held on 12 July 2020 in the presence of Ministry of Transport representatives, Airport International Group (AIG) unveiled the key findings and conclusions of a comprehensive study aimed at assessing the economic and social impact of Queen Alia International Airport (AMM) on the national economy and local community.

In terms of job creation, Airport International Group employed over 400 employees in 2019 – 99 per cent of whom are Jordanians – while other airport stakeholders comprised nearly 16,500 employees. Within the larger Queen Alia International Airport ecosystem, the airport also supported over 238,000 direct and indirect jobs across the Jordanian economy.

In 2019, more than 2.3 million tourists arrived in Jordan by air, spending JOD 2.9 billion on the national economy. These figures reiterated the vital role of Queen Alia International Airport – as the main entry point to the Kingdom – in promoting local leisure, business and medical tourism by enhancing connectivity to major destinations worldwide via its growing airline network.

The study also highlighted the substantial improvements that the airport has made in bolstering passenger capacity and traffic. Since the Jordanian company Airport International Group assumed the responsibility of managing the rehabilitation, expansion and operation of Queen Alia International Airport in 2007, air traffic until 2019 increased by 132 per cent, with AMM alone welcoming over 97 per cent of total passengers to and from Jordan.

In addition to its diverse corporate social responsibility initiatives – which helped to empower the communities surrounding Queen Alia International Airport – Airport International Group continually deployed best environmental and energy conservation practices that positioned the airport as a national, regional and global leader in environmental management and the first carbon neutral airport in the Middle East.

“Following the release of the study findings, we will continue our efforts to maintain the positive impacts that Queen Alia International Airport has had on the national economy and social fabric of Jordan,” commented Airport International Group’s CEO, Nicolas Claude. “Of course, these outcomes would not have been possible without the unwavering support of our various teams, partners and stakeholders. For that, I extend my sincerest gratitude for not only helping to establish AMM as an international award-winning airport and the Kingdom’s prime gateway to the world, but also as a national landmark of which Jordanians can always be proud.”