Post-Brexit, the value of trade being transported through Heathrow Airport could grow to over £204 billion, benefitting British businesses in every corner of the UK. 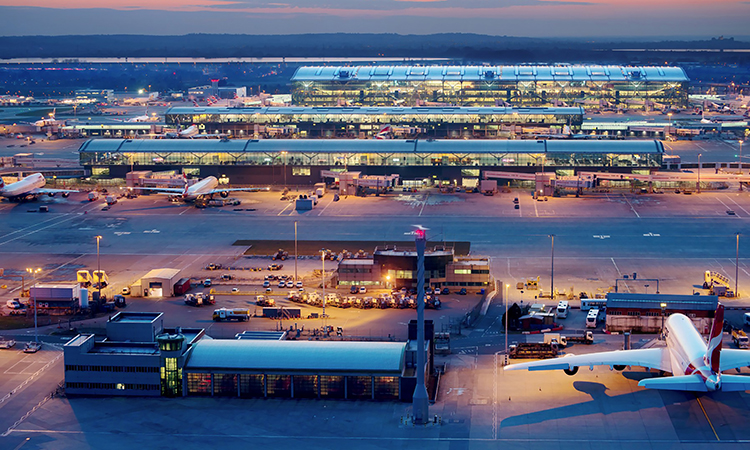 New research has highlighted how the UK could undergo an economic pivot post-Brexit, with non-European Union (EU) trade potentially increasing by 20 per cent over the next five years, from nearly £473 billion in 2019 to £570 billion in 2025.

According to the Centre for Economics and Business Research, aviation will need to be at the heart of this pivot. The findings suggest that the value of trade through London Heathrow Airport (LHR) to non-EU countries could increase by 11 per cent by 2025, while trade with EU countries decreases by seven per cent over the same period. Regions across the UK would benefit from these new trading links, with Heathrow playing a key role in opening up valuable new markets, from Asia Pacific and Australia to the U.S.

Aviation is critical to the UK government’s plans for a Global Britain post-Brexit. Heathrow alone has the potential to facilitate a £204 billion trade bonanza, benefitting British businesses in every corner of the country, creating opportunities for the entire aviation sector and strengthening the UK’s trade network.

However, this trade boost won’t be realised unless the UK’s aviation industry is supported by government policies and is allowed to resume. Industry figures for May 2021 show that some of the European competitors that benefitted from sector-specific support during the pandemic, such as the Netherlands and Germany, are seeing the fastest growth. Cargo tonnage at the UK’s hub airport is still down by 19 per cent on 2019 levels, compared to both Amsterdam Airport Schiphol (AMS) and Frankfurt Airport (FRA), which have surpassed their 2019 levels, growing by 14 per cent and nine per cent respectively over the same time period.

This research comes as Heathrow works with British Airways (BA) and Virgin Atlantic to launch trials that aim to help government and industry understand how to practically ease restrictions for fully vaccinated passengers, a move which is key for restarting travel and trade. By capitalising on the country’s vaccine dividend, ministers can help to deliver this economic stimulus for exporters across Britain, ensuring that the UK retains its competitive edge as the country comes out of lockdown.

The Global Britain report reveals that:

The new research reaffirms the importance of the global hub airport model to the UK post-Brexit and to Britain’s ambitious exporters, which rely on aviation trade routes. The hub model helps to drive trade growth, by pooling demand for global connections and providing more choice of destinations for passengers, businesses, entrepreneurs, exporters and importers.

Heathrow’s CEO, John Holland-Kaye, said: “Heathrow is well placed to supercharge the government’s Global Britain ambitions and deliver a post-lockdown, post-Brexit economic stimulus worth billions of pounds. As the UK’s only hub airport and largest port by value, we are ready to play a central role in creating economic opportunities for businesses across the country, facilitating new free trade agreements and serving as a vital link to our key trading partners. Ministers must seize the opportunity to secure this crucial economic boost by backing British aviation and its own vaccination programme by safely easing travel restrictions for fully vaccinated passengers from 19 July 2021.”

The UK’s Minister for Exports, Graham Stuart MP, commented: “As we continue to strike free trade agreements with countries across the world, our airports will play an important role in the UK’s global ambitions – from our accession to CPTPP to the recently-signed UK-Australia trade deal. Our trade policy agenda will help to level up all parts of the UK, reduce tariffs and cut red tape for businesses. Support from the aviation sector will help to facilitate this, ensuring the even smoother journey of UK exports to key markets such as New Zealand, the Middle East and India.”

To showcase the work of British businesses up and down the country that export their goods and services via Heathrow, the airport will also be launching a Global Britain Business Champions campaign. These businesses have kept the country trading over the course of 2020 and 2021 amidst the pandemic, and are set to play a central role in driving a global Britain in the years ahead.

The population’s daily movement and activities: Does it matter for aircraft noise impact assessment?

Luxaviation and Eurofins: A partnership to prevent SARS-Cov-2 contamination through aircraft surface testing